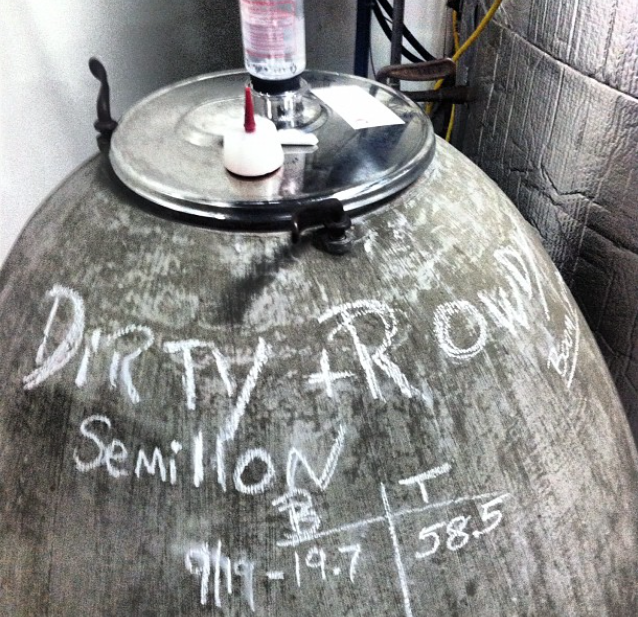 You are here: Home / Wine / 10 American Natural Wines We Love

These wines embody the minimal intervention ethos of the natural wine movement while being unique and delicious explorations in their own right.

My favorite definition of natural wine comes from Isabelle Legeron MW’s book Natural Wine: an Introduction to Organic and Biodynamic Wines Made Naturally. Legeron describes natural wine as existing on a continuum of concentric circles, like ripples in a pond, with wine growers who add nothing and remove nothing being in the bullseye. She writes “If you look at the entirety of wine production, and you begin by removing all non-organic vineyards, followed by any others that use added yeast, then those who use enzymes, sterile filtration, and so on, you eventually end up with a very small, precious core of people… while being clearly distinguishable, they are also very close to one another at the center of the ripples.”

The idea is helpful to keep in mind when imagining what binds a wine grower fermenting Syrah in Georgian quervi in Sonoma, with one tending to 85-year-old Carignan vines in Mendocino, and another making elegant cool climate Pinot Noir in Oregon. It’s an affiliation of values and ethics, not a particular style, especially in the United States where the wine culture is young, and experimentation is often a guiding light. As a group, they introduce the living on the ecological edge, boundary-pushing passion that animates natural winemaking in the U.S.

With the exception of the wine from La Garagista, a biodynamic grower who cultivates hybrids of vinifera and native American varieties on her farm in Vermont, whose wines Jonathon Nossiter finds so beguiling in his book, Cultural Insurrection: A Manifesto for the Arts, Agriculture, and Natural Wine, all the wines included in the list below come from Jenny & Francios Selections. The best wine sellers are like gallerists, they have a point of view they express through the artisans whose work they promote. When describing her work, Jenny Lefcourt says, “I see what I do as helping winemakers to live the lives they have chosen – creating biodiversity, preserving or bringing back to life a specific culture of wine and viticulture in the place that they live.” Adding, “If young people are gravitating towards these wines, it is because they have been educated to question where their food comes from. They don’t want to pollute the planet and their bodies.”

Delicious light-bodied skin-fermented wine with ripe citrus flavors and a stony finish, made with Sémillion sourced from the historic Gamble Family farm in Yountville

Whole cluster fermentation and foot treading facilitate a gentle extraction of the dark cherry and sandalwood flavors that ride a mineral wave in this blend of Mouvédre from Amador, El Dorado, Monterey, and Santa Barbara Counties

Elegant cool climate Pinot Noir from the Willamette Valley with aromas of wild berries from the forest floor, the fruit is sourced from vineyards that are dry-farmed

Carignan harvested from the eighty-five-year old vines in Rosewood Vineyards, a site farmed organically by the same family for four generations, the grapes are picked early for freshness and destemmed to yield a wine with lively red- fruit hints of wild sage

A field blend planted in the 1960’s, aged for 20 months in neutral oak, lends to the creation of an easy drinking full-bodied blend of Carignan, Zinfandel, and Petite Sirah that is generous and delightful

This white Rhone varietal, grown in El Dorado in the Sierra Nevada mountains, ferments for thirteen days in an open wood vat, it tastes of orchard fruit and cloves anchored by firm tannins and a savory mineral finish

Funky and aromatic PétNat from San Diego County with a bone-dry finish, frozen must is set aside after the harvest and used to complete the wine’s fermentation in the bottle

An elegant hard cider from apples grown on a biodynamic farm in the Hudson Valley, the cider is aged on the skins of Teroldego grapes from the North Fork of Long Island that, lending the impression of a dry fruit wine with a pleasing soft tannic structure