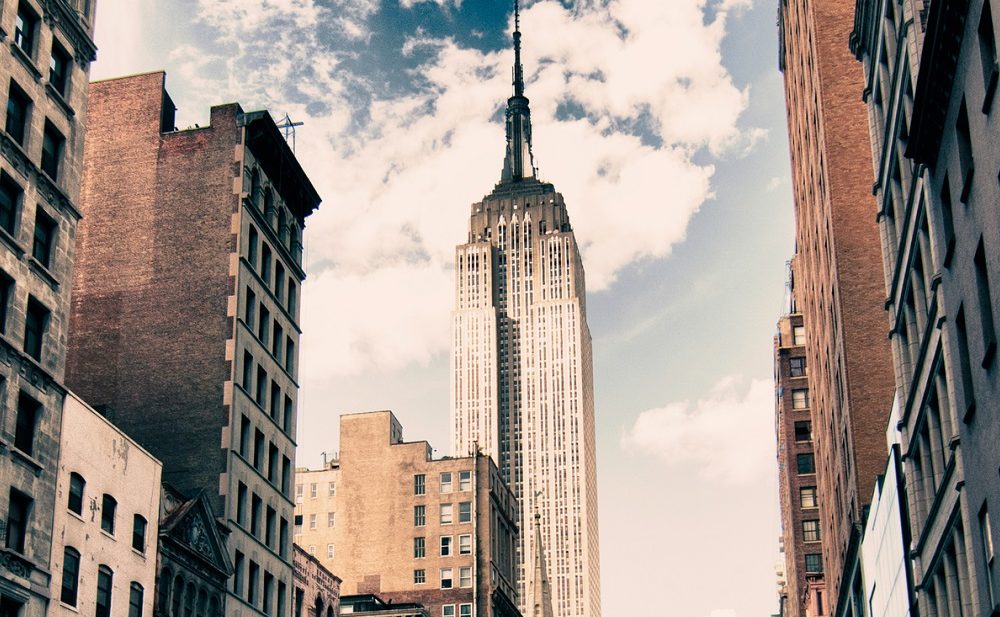 You are here: Home / Travel / Eat Like a Local in Manhattan

Discover the best of local eats with the editor of Edible Manhattan.

New York classics like Katz’s Deli, Russ & Daughters, and the Union Square Greenmarket are widely covered by tour guides for good reason: they’re delicious icons that serve a uniquely New York experience. There’s so much room to dig deeper in a borough of over 1.5 million people, though. This mix of well-trod classics and lesser-known options offer a distinctive taste of a city that never stops reinventing itself.

Farmers markets tell a lot about a place, even a concrete jungle like New York City. It’s somewhat miraculous that farmers in the tri-state area schlep their best seasonal produce, meat, milk, bread, flowers, grains, houseplants, and booze in and out of these clogged streets multiple times a week—but fortunately, they do, and we’re all better for it. There are several farmers market networks throughout the city, but the Greenmarkets are the best known, especially their outpost at Union Square. Visit it Mondays, Wednesdays, Fridays, and Saturdays or consult the Greenmarkets’ website to find another location near you.

In the words of Anthony Bourdain, “Russ & Daughters … occupies that rare and tiny place on the mountaintop reserved for those who are not just the oldest and the last—but also the best.” Some may call it a Jewish deli for easy reference, but the 100-year-old-plus fourth-generation-owned family business is actually an “appetizing,” or a shop that specializes in ingredients like smoked sturgeon, hand-packed tins of caviar, cured salmon, pickles, whitefish salad, cream cheeses, chocolates and Jewish desserts, including top-notch babka. Do yourself three favors when you go: Arrive early, be prepared to wait, and have room for one of their bagel sandwiches.

There are many ways to explore Harlem, and that includes drinking. Between the music, museums, parks, and restaurants that make one of the city’s largest neighborhoods one of its most vibrant, follow the itinerary we recently created for our “Drinks” issue to enjoy everything from craft cocktails and natural wine to beers from all five boroughs.

For all of the specialty grocers in this city, Kalustyan’s has the rightful reputation of stocking almost any dry ingredient you might need under one roof. The Murray Hill shop carries more than 20,000 items from at least 75 countries, and this includes some of the city’s best local products, too. The inventory is a feast for the culinary imagination, whether or not you’re on a mission to track down a very specific Mexican chili pepper. Good luck leaving empty handed and get the baklava if nothing else.

If you want to taste the very best of what New York’s local ingredients can be, go to Gramercy Tavern. A few blocks north of the Union Square Greenmarket, the James Beard Award-winning restaurant sets a consistent, delicious example of culinary excellence. Former Edible Manhattan editor Rachel Wharton said it almost a decade ago and it’s still true: “While the restaurant is formal and the dining is fine, none of it’s fussy, and it’s reliably flawless.” It’s packed on any given day or night so be sure to either get there early for a walk-ins-only tavern section or make a reservation for the dining room. Pro-tip: Do not sleep on their local cider selection as chef Michael Anthony has a reputation for identifying some of the state’s best booze.

There are many food guides to Chinatown and I would recommend you pick one and follow it. You likely won’t find Wing on Wo & Co. on any of these maps since they don’t serve food, but the shop—the neighborhood’s oldest continuously operating and family-owned business—should be on your list. They specialize in porcelain, including custom teaware, as well as selects from regular sourcing trips in Hong Kong. Unlike cheesecake, pizza or oysters, you can pack these New York food and drink souvenirs in your carry-on.

The Tenement Museum now offers food-focused immersive tours along with its famously fabulous history tours. Both walk-and-taste and sit-down versions are available.

Follow Mimi Sheraton’s search for the ideal whiskey sour. Whether you’re as particular about your drinks as she is, tracing her search will bring you to some mighty fine bars for whatever drink you prefer.