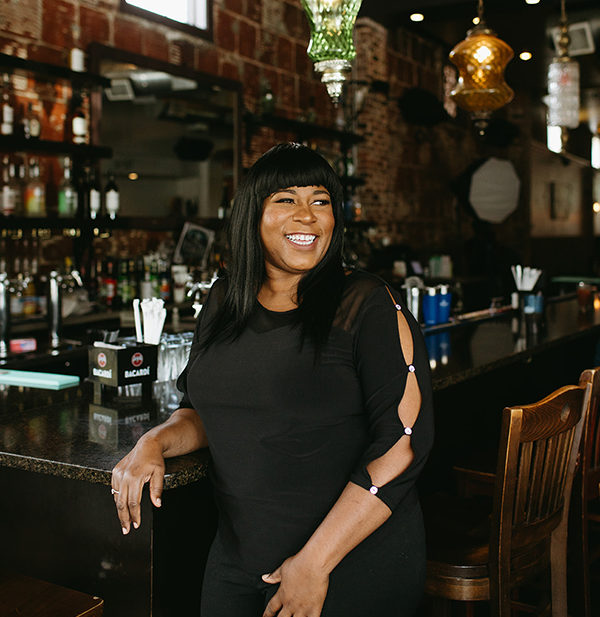 You are here: Home / Stories / What is Soul Food?

One hot summer day in Wichita Falls, Texas, congregants of New Jerusalem Baptist Church piled into a line, ready to be served lunch during their annual church picnic. As the pastor’s granddaughter, I “helped” arrange the food on the table while sneaking small samples for myself. Women in pastel-colored blouses heaped fried chicken, collard greens, mac and cheese, cornbread and other Southern delicacies onto each churchgoer’s plate. After the prayer was said, we sat down together, ate and laughed late into the afternoon. 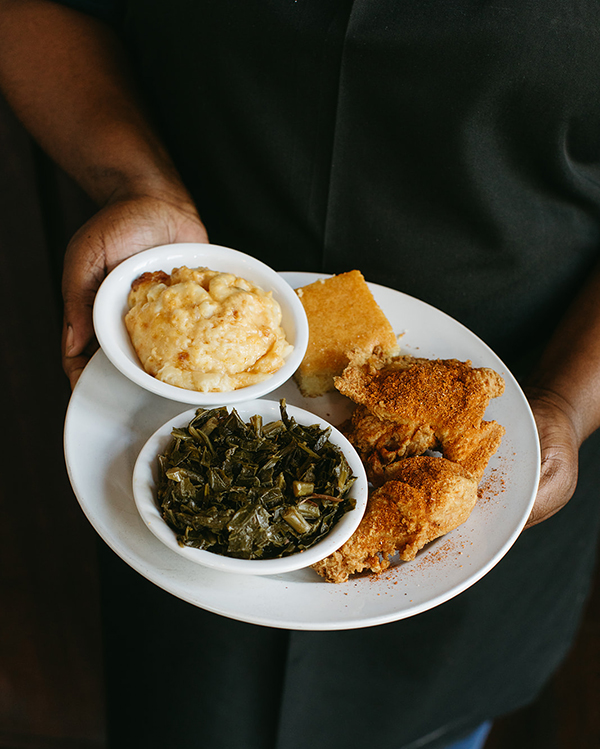 As we enjoyed the luncheon, people shared their recipes with each other. “That is my grandmother’s recipe,” one woman in a pale yellow blouse beamed at another woman. “All you need is a little pinch of this and a handful of that.” On the opposite end of the table, men slammed down their dominos between bites of mac and cheese, while kids ran around with half-eaten chicken legs in their greasy hands. To this day, I remember Sister Phillips’ fried chicken, Sister Meadow’s mac and cheese, Sister Thompson’s cornbread and Sister Gwen’s hummingbird cake. As lunch concluded, the congregation prayed, thanking their Lord for nourishment and the hands that prepared it.

If anyone were to look at our spread that afternoon, they would simply think we were having a Southern feast; however, this food was different. The food that connected us that Saturday afternoon was familiar and etched deep into our hearts. It was “soul” food and couldn’t simply be categorized as Southern.

Over the years, culinary historians, chefs and casual foodies alike have tried to understand the magic of soul food and how it differs from Southern food. In the simplest terms, Southern food comes from the culinary tradition of 16 states across the American South, influenced by African, Native American, Spanish, French and English cultures. Often referred to as “country cooking,” or “comfort food,” traditional Southern food includes dishes such as fried chicken, collard greens, field peas, cornbread, sweet potato pie, peach cobbler and more. “Southern food is all about utilizing what is available to you, what is in season. It is rural, country, comfort food and it is all about the sides,” says Chef Kenny Gilbert of Gilbert’s Social.

Soul food utilizes many of the same ingredients as Southern food. However, more than that, the historical and cultural origins of the cuisines differentiate the two types of culinary traditions. Soul food has come to be defined as African American heritage cooking, Southern food eaten and prepared by Black people. The term soul food originated during the Black Power movement in the late 1960s and ’70s. The movement, both political and social in nature, encouraged racial pride and equality for people of African descent. It was one of the first times that African Americans could openly celebrate their heritage, including their food. 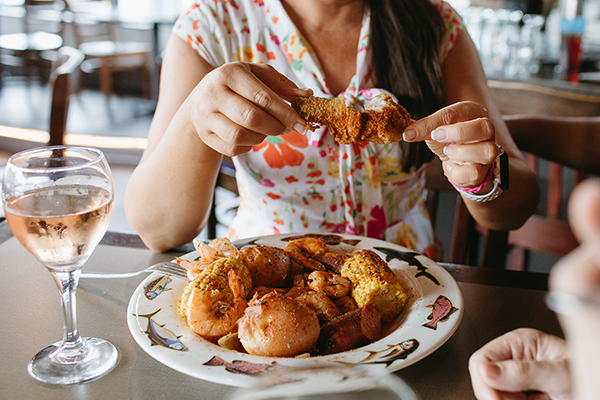 While the moniker soul food was introduced in the late 1960s, the history of the food began long before that. During the transatlantic slave trade, beginning in the 16th century, West African slaves arrived on the southeastern coast of the United States, along with crops such as black-eyed peas, okra, sweet potatoes, rice, and melons. With these crops, African slaves were influential in shaping Southern American cuisine by incorporating greens, rice, and other vegetables into the food they prepared. For example, Hoppin’ John, a rice and pea dish, resembles the West African dish Waakye that is native to Ghana. Other dishes such as collard greens and gumbo resemble West African stews. It was the slave cooks’ knowledge and use of certainmcrops that became the foundation of soul food today.

Although slave cooks used prime cuts of meat and the best vegetables to prepare slave owners’ meals, they could not use the same ingredients for themselves. They were given scraps and other undesirable parts of meat like stomach lining, tongue, pig ears, and hogs’ heads. They had no access to oil or butter, so they used animal fats for frying, baking, and cooking. Vegetables could only be used if they grew them on their small plots of land. Not all slaves had land, so they either shared or went without vegetables.

“Soul food is about using what is leftover and taking from the land in order to survive and feed your family,” says Chef Gilbert.

Despite being given scraps, slaves created hearty meals like oxtails, slow-cooked cow’s tails served over rice, or chitterlings, the small intestine of a pig boiled in water or broth and served with a spicy sauce. “Our ancestors used spices and flavors to mask the smell of certain meats. They would add peas, okra and greens to make something substantial in order to work in the field. The food was about nourishing their families and surviving,” Chef Gilbert adds.

Black slaves had to be resilient and make something edible with what they had. Survival was based on their creativity and sheer determination, from which soul food was invented. Because writing and reading were illegal in many states, soul food recipes and cooking techniques were passed along verbally. That same resilient spirit permeates soul food today and is threaded throughout/into each dish.

“It was my grandmother who taught me how to cook the meals I cook for customers today,” says Celestia Mobley, executive chef and owner of Jazzy’s Restaurant and Lounge, a soul food restaurant in Riverside, and Celestia’s Coastal Cuisine in northern Jacksonville.

Soul food is no longer prepared out of necessity but has become part of the African American culinary tradition. Family recipes have been passed down from one generation to the next. The complex preparations and intricate flavor profiles differentiate one family’s recipe from the other. “For me, soul food is always tied to a memory from my childhood. It is my grandma’s cooking, it’s family, it’s the smell of different flavors when you walk in the house,” says Kalin Anderson, a chef at Gilbert’s Social. “Soul food comes from the soul, so it hits the soul differently.”

Today, soul food is much more than food eaten and prepared by Black people. While it can be a creatively crafted meal using an assortment of Southern meats, spices, vegetables, and desserts, the food represents a history of survival and pride. Indeed, one could argue that the food is less about the race or even the contents on the plate.

“Soul food is generational, it’s communal,” Chef FiFi Jackson of Ambitious Food Truck says. Similar to my experience at the church picnic those many years ago, the food brings us together. Families share recipes that had been in their family for generations. Even more, you could feel the love, joy, and soul in each bite.

With every dish, the African American experience is shared with the world. “Soul food has become very popular in the last 20-25 years,” Chef Mobley says. When asked if soul food would ever go away, Chef Mobley shook her head no. “What once was considered slave food, and had so many stigmas attached to it, is now celebrated. I think it may get healthier or more organic and sustainable, chefs will become more creative and continue to elevate the dishes. Especially in larger cities. But I think it will continue to grow and grow. It won’t leave, it’s the food our ancestors taught us how to cook. It’s been passed down to us, it’s been here for generations and it includes our love and soul.”

*This story comes to us from Edible Northeast Florida. Photography by Stefanie Keeler.