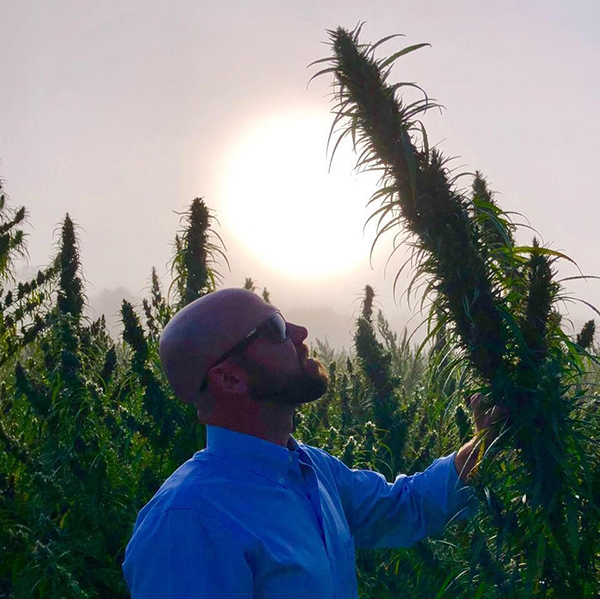 You are here: Home / Stories / The Hype and Hope of Hemp

Walk into any health or wellness store today and be prepared for a big dose of CBD marketing.

It’s been the focus of New York Times articles, national TV news stories and more. In areas around the country, CBD products ranging from infused honey to lotion have popped up at stand-alone stores, festivals and local cafes. So how’s a health-minded, wellness aficionado to navigate the hazy world of hemp? What’s more, if you’re a conscientious, buy-local type of consumer, what promise does hemp hold for you?

According to some folks, plenty.

Jason Eargle, founding partner of Columbia, South Carolina-based Brackish Solutions and Cannetics, notes that the mere versatility of hemp can contribute to the economic wellness of South Carolina.

“Here, tobacco was a big industry that provided many jobs and so much economic development,” he says. “Those farms can easily adapt to growing hemp, meaning it’s ripe for the skill sets, existing equipment, and know-how.”

In case you’re not up to speed with this issue, let’s start with what hemp is and what hemp is not. Historically (and legally, in America) hemp has long been lumped together with its counter-culture cousin, marijuana. They look identical. Both are cannabis, but while marijuana possesses intoxicating levels of the psychoactive chemical compound tetrahydrocannabinol, or THC, hemp does not (THC is present in industrial hemp at levels of .3% or less).

Hemp was originally banned federally by a coalition of industrialists who feared competition with their synthetic fibers and fuel. Later, law enforcement expressed concern about its uncanny resemblance (and shared fragrance) with marijuana. But the 2014 Farm Bill loosened regulations, allowing state legislatures to permit hemp farming and research.
State regulators, buoyed by a movement of passionate moms, were encouraged in 2014 to allow for the sale of CBD in South Carolina; by 2017, top agriculture officials approved industrial hemp farming on 20 plots statewide. Next year, 40 farms will nurture the still-regulated plants, ranging from Beaufort and Berkeley to Richland and Aiken counties.
Hemp is an extraordinarily versatile plant, for which up to 25,000 known uses have been documented. From providing fiber (the Declaration of Independence was forged on hemp paper) to fuel, to food, hemp is something of a wonder plant. In Europe, a motorized scooter is being commercialized with about 75% of its total mass built out of hemp-based materials. Hempcrete is used to build mold- and weather-resistant structures. Hemp siding protects new Volvo vehicles. And hemp seed oil in your salad or sauté pan provides an astonishing level of omega-3 oils.

While futurists find building materials and textiles of interest, the real star of today’s hemp show is cannabidiol—the popular elixir that has emerged as a potentially beneficial treatment for numerous serious conditions. 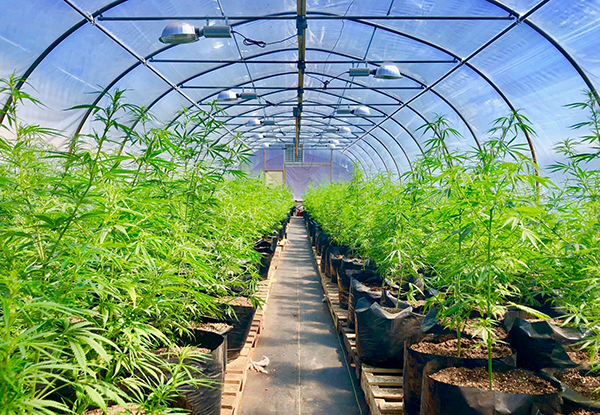 Hemp plants in a greenhouse.

The appeal of CBD

CBD’s chemical makeup creates a sense of well-being and calm in many (but not all) users. For some, it does even more—reducing or eliminating the symptoms of conditions like epilepsy, PTSD and more. CBD has shown particular promise reducing or eliminating seizures for suffers of Dravet and Lennox-Gastaut syndromes.

About five years ago, Janel Ralph, a former real estate executive who has become a health advocate, wellness entrepreneur, and farmer, found that ingesting CBD had immediate, dramatic positive effects on her daughter Harmony, who has a rare neurological condition. Convinced of hemp’s power, Ralph helped drive then-governor Nikki Haley to permit CBD to be sold and consumed in South Carolina. So helped was Harmony, and so challenging was Ralph’s search for a reliably pure and effective CBD product, that she elected to start her own manufacturing facility.

Today her Conway-based Palmetto Harmony creates dozens of products in an ISO-certified lab. Going all-in on CBD was a natural for Ralph and her family. In 2015, they collaborated with a pediatric neurologist on a blind study of CBD’s effect on epilepsy patients.

“He could not believe the positive impact CBD had on patients,” Ralph says. “We could because we’d seen it in our own lives and in others.”

A 2017 study by the World Health Organization determined that “in humans, CBD exhibits no effects indicative of any abuse or dependence potential. To date, there is no evidence of public health-related problems associated with the use of pure CBD.”

This is not to say that CBD is an inert chemical, or that it is a cure-all for every ailment. In fact, CBD can induce side effects ranging from irritability to nausea in some individuals. The bottom line is this: Human bodies are complex chemistry sets, and every addition has an impact on the rest of the experiment.

Consumers must rely on trusted sources to help navigate the CDB landscape. Cynthia Feldman, the chief pharmacist and owner of Sweetgrass Pharmacy and Compounding in Mt. Pleasant, South Carolina became a believer early on and merchandises numerous CBD products.

“CBD flies off our shelves,” Feldman says, noting there is no “typical” CBD customer. “Everybody’s curious.”

Laws and concerns around CBD

Federal law prohibits manufacturers from making health claims about CBD, just as vitamin or supplement manufacturers cannot promise results. Yet consumers of CBD and other hemp products can be vulnerable to a new kind of “snake oil” salesman. Absent a regulatory body, buyers must take a “trust fall” when they engage with a producer.

“Because CBD is still fairly new to our market, we did our research on many brands,” says Feldman. “Ultimately, we elected to carry only those CBD products from the most reputable firms, and only those with documented, third-party product testing.”

Feldman, like many in the burgeoning market, is concerned about false claims made by manufacturers and other retailers.

“People really need to speak with a medical professional to understand how CBD might interact with other drugs they are taking,” she said.

“Manufacturers cannot make health claims, but we find some retailers making all sorts promises about CBD on their social media channels, and in their store signage.”

As a trained chemist whose company produces encapsulated CBD for sale nationwide, Miles notes that CBD is best viewed as a wellness product.

“People looking to cure their health issues may not be helped at all. But, people who see CBD as a tool, a supplement to a healthy lifestyle, may find it very beneficial.”

While demand for CDB-infused and enhanced products increases in South Carolina and entrepreneurs hustle to meet it, the industry is still on tenuous ground.

In March, the state health department began contacting companies they license, informing them to immediately remove CBD-enhanced foods and beverages from their menus and shelves. Pressed for more details about why, or how quickly fines or shutdowns might follow, the South Carolina Department of Health and Environmental Control (DHEC) echoed what other states have claimed in recent months: that absent real tests about the efficacy or side effects of CBD, it should be treated as a drug and therefore, cannot safely be added to prepared foods.

To date, DHEC has not taken the same action that New York inspectors did recently, clearing the shelves in dozens of bakeries, retailers, bars and other outlets of any product infused with CBD. And yet, South Carolina manufacturers of CBD-infused gummies, honey, water, and cocktails wait, wondering what the next official move will be in the dynamic world of hemp policy.

Meanwhile, dozens of families and companies continue to bet the farm—literally—on industrial hemp. Proponents of hemp farming will tell you that the plant is drought- and pest-tolerant, meaning it can be more sustainably grown than many less-versatile crops. Since hemp farming is new to South Carolina, it remains to be seen if it’s easy to grow in the state. Researchers from Clemson University are expected to weigh in at the end of this year, after closely studying growing data for each unique plant stock currently cultivated in South Carolina.

“The first farms focused on CBD production because it’s a high-profit crop,” says Lucas Snyder of the Gilbert-based SC Hemp Farmers Association. “But in the future, we’re betting on fiber driving South Carolina’s hemp industry. CBD will continue, but it will be balanced by these other uses and easier-to-cultivate row crops.”

While the future of hemp farming and CBD-enriched products in South Carolina remains to be seen, Miles has faith.

“We’ve all been down this path before,” he says. “There will be a path to regulation, capitalism will prevail, and the truly good products will survive.”

*This story comes to us from Edible Charleston.