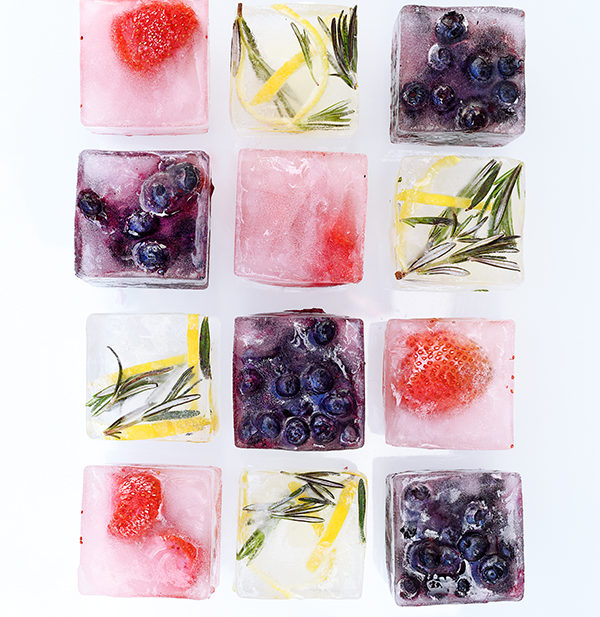 You are here: Home / Stories / The Best Ice Ever

Ice can be much more than frozen water.

Remember that time you were maybe five years old and your mom and dad took you to a “real” restaurant, where you sat at a shiny red booth and your root beer was served in a glass with a straw and fancy ice cubes? They were smaller than the icky-tasting ones that came out of the freezer at home, and they had rounded corners—perfect for crushing under your teeth. And remember when your brother finished his Orange Crush, reached into his glass, got one of those ice cubes between his fingers, and slipped it down the back of your top? So you shrieked, and your mom gave you one of those looks that said settle down. And as soon as she went back to her chicken salad sandwich, you fished an ice cube out of your own glass and chucked it at him, only he ducked and it hit the lady at the next table on the side of her neck. And that’s when Mom stood up and said, That is quite enough, and marched you both out to the car, which was not fair at all because it was your brother who started it. As usual.

Ice was not just frozen water. It was a weapon, an instrument of sibling warfare.

Fast forward several years. You’re polishing a Ventura County speakeasy bar with the elbows of your shirt, watching a bartender from Malibu build you an Old Fashioned. Occupying that glass is not an ice cube but an actual ice ball, something you’d be tempted to serve with a tennis racket. Aside from being cool in the extreme, it has a purpose. It will keep your cocktail exquisitely chilled without melting too fast and diluting your alcohol with annoying droplets of water.

Ice is not just frozen water. It is science made tangible, a source of fascination.

Still, I never thought I’d be writing a piece about making your own ice cubes. As far as DIY street cred goes, ice is not exactly up there with making your own bread, cheese, or sausages. But bear with me; there’s more to ice than frozen water. So for your summer soirée, consider getting fancy with—dare we call them—artisanal ice cubes?

The water that comes out of your tap, when filtered, is usually just what water should be: pure and crisp, without any strong chemical or mineral notes. Freeze that, use it when still “fresh,” and the ice will also have a clean flavor. (If you’re not using it immediately, cover it to keep odors away.) Even better, you can add things—fruit, herbs, flowers—for extra flavor and beauty that will have guests thinking you’re some kind of domestic genius. A few raspberries or blueberries to gussy up lemonade. Pomegranate seeds are as pretty as it gets. All kinds of things in ice will dress up a glass of everyday water—an ingenious way to turn it into a novelty that kids will slurp with enthusiasm.

On to the grown-ups’ beverages. Consider rose petals, rosemary snips, or cucumber slices for something gin-ish. Mint leaves and lime zest for mojitos. Strawberries for sangria. If using petals and leaves such as basil or mint, these have a tendency to float, so make sure they’re submerged in the water before you freeze it.

Back to the ice ball and its stoic staying power. This is something you can try at home, parting with as little as ten dollars for a round ice mold to a few thousand for whiz-bang ice ball machines. Or, if you’d rather not invest at all, and prioritize size over spherical perfection, use a muffin tin to produce plus-sized ice with dimensions sufficient for encasing slices of lemon or orange. (You might need to run the tin under hot water for a nanosecond to release those frozen icecakes.)

Being a fan of water, I started there. But you can freeze other liquids to intensify or elevate the character of your drink. If not for my state of married bliss to an adorable man who happens to mix a wicked gin and tonic, I might have proposed to David Rosengarten when I read about his perfect G&T made with tonic water ice cubes. His inventiveness as your inspiration, try freezing espresso or a rich, dark addition to high-octane iced coffee.

Ice is not just frozen water. It’s yet another way to get creative in your kitchen. Or bar.

*This story comes to us from Edible Ojai & Ventura County. Photos by Reine Mihtla. Debbra Mikaelsen, managing editor and co-founder of Edible Vancouver & Wine Country, is overjoyed to have her own ten-dollar jumbo ice ball mold, but she prefers her Vancouver tap water without ice.