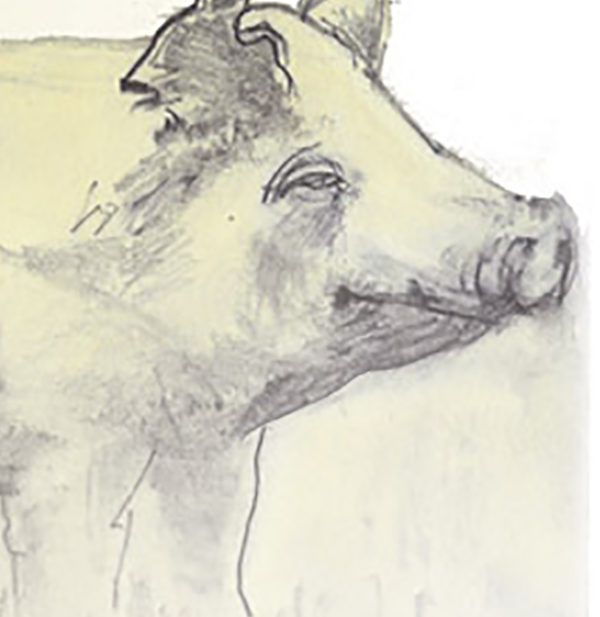 You are here: Home / Stories / Humane Slaughter Needn’t Be an Oxymoron 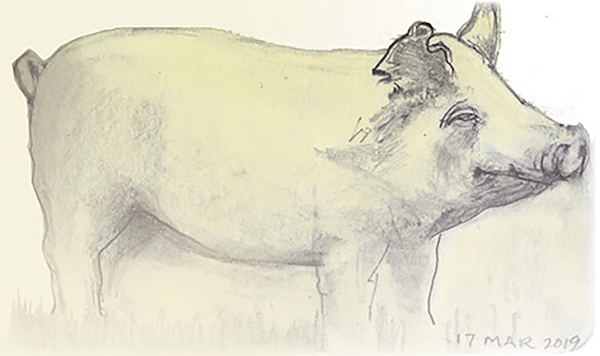 Of all the details about the meat one consumes, its origin is paramount. It reveals what the animal’s pastoral life was like, whether the farmers’ and processors’ ethical and professional standards encompass animal-welfare and product quality, and all that The Omnivore’s Dilemma business cut into local, bite-sized pieces. With The Livestock Institute’s (TLI) opening of Meatworks, a craft processing facility firing on all cylinders, some people in Massachusetts now have access to an operation that is on the cutting-edge of responsible food processing. Working only with responsible local farmers, Meatworks offers the added benefit of discovering the origins of the meat.
Simply put, access to accurate information about industries and their respective practices is in vogue—the food system front and center, with meat at the heart.

“Demand for a nearby state-of-the-art meat processing facility came from a consensus,” says Barry Gross, who sits on TLI’s Board of Directors and performs the bountiful duties of Clerk. A 501(c)(3) organization, TLI’s mission is to address issues facing livestock farmers through educational programming and infrastructure improvements. This particular structure is being studied by industry folks across the country who are looking to fulfill their own livestock infrastructure needs.

Gross acknowledges that food responsibility goes well beyond the thoughtful maintenance of animals out in the fields. “Humane processing,” he affirms, “is our top priority.” Designed by one of the country’s foremost experts on non-cruel animal slaughter, Temple Grandin, the Meatworks facility, opened in fall 2018, is structured to meet the highest standards of humane handling, food safety, and product traceability.

What may be Meatworks most distinguishing factor, however, is anxiety relief for the animal owners. And it’s the technology that makes it possible, since Meatworks has an integrated scale system that guarantees full traceability and tracking. This high level of transparency allows farmers to follow the processing of their livestock from the moment the animal steps off the truck at the Meatworks facility, all the way through to onsite packaging and labeling.

Their livestock—it bears repeating. Now sympathize with this “hypothetical” scenario: You’re a farmer that’s worked tirelessly to maintain ideal terrain, verdant grasslands for your livestock. You know their diet down to the dirt the food is grazed from. You drop them off at the slaughterhouse; a few days pass and you return to retrieve your cuts; you can’t be sure that what’s in the packaging is the animal you raised.

This was and is often an unfortunate reality for some farmers, but with Meatworks’ VistaTrac data gathering system, such blunders and nefarious business practices can be avoided.

The first livestock owner to use Meatworks was Carter Wilkie, who raises a rare breed of English pigs in Little Compton. Wilkie and other farmers welcomed the much-needed facility to keep the supply chain local and enhance sustainability in Southeastern Massachusetts.

“Some of us followed Meatworks in development for years,” Wilkie says. “Only one percent of the meat consumed in New England is raised in New England. The missing link has been the lack of USDA-inspected facilities that serve local farmers who want to raise animals outdoors on land, on local farms, instead of factories in different states. Meatworks means animal husbandry can now expand in southeastern New England.”

Other livestock owners benefiting from the unique services of Meatworks are friends Erin Williams of Bogside Acres and Kathryn Shepard of Revival Farms, both located in Plympton, Massachusetts.

“We heard about [Meatworks] years ago—at least the news that a new slaughterhouse may be opening up around here,” says Williams. Shepard adds that the two of them “kept up with the progress of the project. Last year, we attended the Southern New England Livestock Conference put on by TLI, and we’ve been using Meatworks regularly ever since.”

Between them, Williams and Shepard raise grass-fed beef, pork, and poultry. And they’re thrilled Meatworks is around to serve their growing businesses. “They do so many things well,” Williams exclaims. And Shepard agrees, elaborating that “they really take the time to show you how it all works.” That includes how they intend on “salvaging the whole animal” and the “pristine presentation of the cuts before and after packaging.”

“The data system they use to track weight throughout the process is really special,” remarks Williams, “but it’s also very much the people who work there.” Williams and Shepard spoke highly of the professionalism of the staff. Meatworks’ Chief Operating Officer, Amado Baeza, who, apart from his almost 30 years of experience in the animal processing and meat cutting industry, is, says Shepard, “kind, receptive, and always willing to provide quick feedback, whether it be analytical or educational.”

Without getting too technical (and corporeal), it works like this. The animal is moved from the livestock trailer to the receiving dock, and then onto a livestock scale. There, the animal’s live weight is captured and recorded by the tracking system. It is then moved through the adequately ventilated, well-lit pens and chutes using plastic rattle paddles and flags. This maximizes handling efficiency and minimizes stress on the animal until it is harvested, the carcass prepared, and the hide and edibles collected. The carcass’s hot weight is recorded and then moved to a cooler. After aging in the cooler, its cold weight is captured by the tracking system. The meat is cut, packaged, and labeled. Each individual piece is weighed and recorded by the tracking system, which, in the end, generates a detailed yield report listing data on the quality of cuts and the total cut-out yield of the animal.

The VistaTrac software, coupled with the meticulous care and aggregate knowledge with which the personnel work, is the optimal combination for humane, skillful processing. That said, at the end of the day, it’s still a slaughterhouse.

There’s no sugarcoating it. The dedicated and intelligent individuals striving to do a job at the ethical cutting edge are working with sharp tools around heavy machinery in cold conditions. And while these facts may not be lost on the farmers who work closely with them, sometimes the collective effort feels forgotten by the general public, those reaping the benefits of eating the meat of animals raised on a nutritious diet that inevitably works its way into our bodies.

Stan Dzengelewski, a butcher and processing operator, sheds meaningful light on the big picture, “I don’t think we [Meatworks] can take all the credit. We’re a resource for farmers. They do a heck of a lot—much of the hard work. You know the area was made popular because of whaling and is popular because of its fishing industry. So it’s easy to forget that we have great fields, wonderful land. Wild animals play a major part in maintaining beautiful land. Farmers watch over them as needed to make them happy and the land bountiful.”

Various markets, including Meatworks’ own, which offers fresh meat from a variety of local producers, and restaurants more and more are tipping their hats to the people that responsibly raise animals by crediting the sourcing farm on packaging and menus. And sure, the dominant foodie culture fad may dictate such a labeling demand.

Yet we would be remiss if our informed commitment to the land, to the animals, and to the people who care for the health and treatment of each were short-lived. In this respect, we have the wherewithal to be resolute in our supply of support to the custodians of our local food pyramid.

According to Gross, while “no other new USDA-inspected processing facilities have opened recently in Massachusetts or the surrounding region, several new facilities have opened in recent years in northern New England and across the country.” So although it doesn’t seem like facilities in the vein of Meatworks are trending robustly, “There is indeed a movement towards local food sourcing,” Barry confirms, “and small-scale local processing facilities increase the viability of local livestock production.”

“There are a lot of reasons our customers use us,” explains Dzengelewski, “and why we work with our customers.” The animals arriving have spent their lives in a sort of domesticated wild. And this makes the processing steps especially critical for the results of exceptional meat.

“We know the animals coming in have been treated well,” says Dzengelewski, “it’s our job to extend that standard. Meatworks can help farmers do that.”

*This story comes to us from Edible South Shore. Image by Michael Hart. Marek Kulig is a supporter of local businesses and a proponent of the movement toward sensibly decentralizing the food industry. He keeps his canines sharp and enlarged by rarely leaving leftovers and sometimes eating those of others—to a fault.