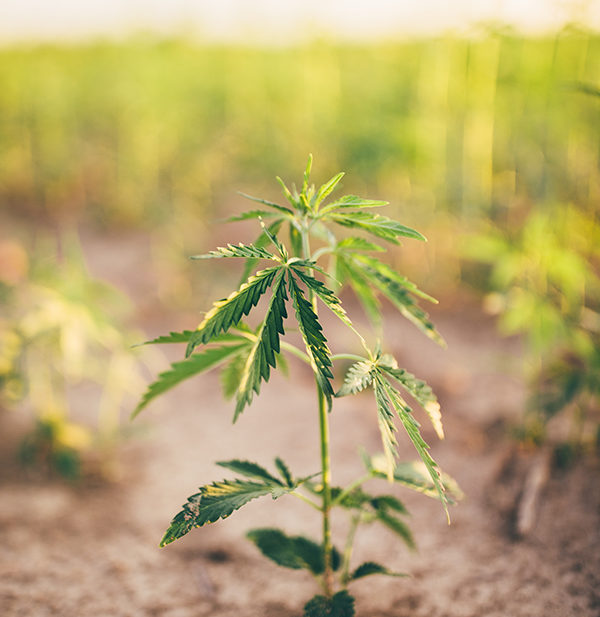 With the recent legalization of hemp at the federal and state levels, Indiana’s growers are committed to learning the crop.

In Indiana’s Miami County, Mark Boyer manages 1,250 acres, which he mostly devotes to corn, soybeans, and wheat, just like the slew of midwestern farmers all around him.

On 350 of these acres, however, Boyer cultivates sunflower and canola, using his on-farm cold press to extract oil from the crops’ seeds to supply his line of specialty cooking oils, Healthy Hoosier Oil. Over the past two seasons, Boyer has dedicated a portion of these fields to hemp, a crop that was illegal for decades but is now enjoying an American agricultural renaissance thanks to recent federal and state legislation.

In fact, Boyer—a sixth-generation farmer and owner of Boyer Farms—is considered somewhat of a hemp pioneer in these parts. In 2018, he was the first non-university actor in decades to legally plant hemp in a traditional agricultural row-crop setting in the state’s soil; in partnership with Purdue University, he cultivated the crop on 12 acres in the name of research.

In 2019, he’s again working with Purdue on an agricultural study of the crop. This time, he’s cultivating 50 acres of the seed variety, which he hopes to eventually press for oil for his culinary line, and under Boyer’s license, another grower will trial 50 acres of the fiber variety of the crop. 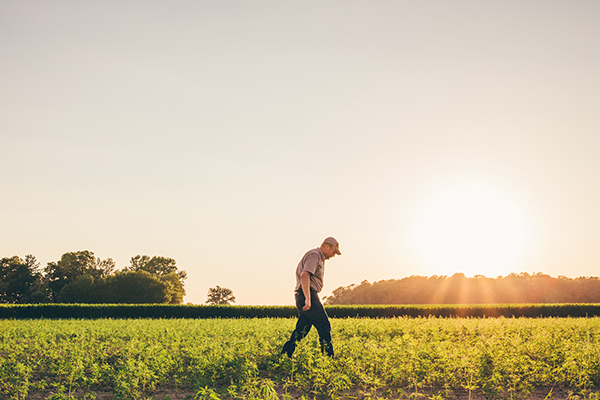 An annual plant, hemp likes hot, sunny weather and well-draining fertile soil. The plant’s largest foe, especially in the first several weeks after seeding, is too much moisture, which made the significant spring rains in 2019 troublesome.

“It can be a challenging crop to get out of the ground—it doesn’t seem to have a lot of push,” Boyer says about his experience with hemp thus far. “The last thing you want to do is plant ahead of the rain, which makes it the polar opposite of some other crops,” he notes, comparing hemp to the corn, soybeans, and wheat that blanket fields nearby.

Boyer remarks that the wet growing season in 2018 left its imprint on his crop. “I had some areas that held moisture—I don’t mean flooding, just that the soil stayed saturated—and the hemp just curled up and died.” Once hemp is established, however, it tends to grow quickly, is relatively low maintenance and does seem to be somewhat drought resistant.

Boyer will harvest his seed crop in mid-September. He says the crop will be harvested “green,” which is dramatically different than most other crops he’s grown in production agriculture. “We are used to raising soybeans, wheat, and corn and we let those crops dry out prior to harvest. You cannot do that with hemp. The seeds would fall in the ground and you’d lose your harvest,” Boyer says.

After harvest, he’ll dry the seed, which he calls “challenging” as he’s learned that it molds easily. The dried seed will eventually be pressed for oil, bottled and brought to market to test financial margins.

Boyer says that the fiber crop will be harvested several weeks sooner, in late August. The plant will be cut and allowed to lie in the field for two weeks, possibly a month, to enable a process called retting, which Boyer says is “nothing more than a fancy term for ‘beginning to break down.’” This step allows the crop’s fiber to be extracted more easily.

Growers in Indiana find themselves in a fast and furious race to catch up to states like Colorado and Kentucky, where producers are cashing in on growing demand for hemp products. The plant offers a nutritious seed that can be eaten or pressed for oil, a resilient fiber used in the textile, paper, bioplastic and construction industries, as well as CBD, or cannabidiol, a highly debated extract of interest to the natural pharmaceutical industry.

According to Jamie Campbell Petty, a co-founder and current treasurer of the Midwest Hemp Council, a record 4,000 acres have been licensed for hemp production in Indiana in 2019. This is up from 24 acres, in total, grown in the state over the last few seasons through a research clause in the 2014 Farm Bill.

Petty has organized the 2019 Indiana Hemp Cooperative Research Trials on behalf of the Council, where approximately 60 growers account for 3,000 of the 4,000 licensed acres in the state. She says that in addition to the extensive data they hope to gather from growers about cultivation best practices, an important element of the trial is the buy-back program to ensure farmers enjoy market benefits.

Though Boyer is a seasoned farmer he remains cautious about hemp, acknowledging that years of work lie ahead in understanding how best to grow and harvest the crop in his state’s soil as well as build local demand for its products.

In fact, he says he’s reluctant to give in to the wave of hype currently surrounding the crop until he learns more. “What I have gathered growing hemp is that a lot of the things you hear about it aren’t necessarily true,” Boyer says. “Like most things, the truth ends up somewhere in the middle.”

Researchers in Indiana are also at work learning the basics, which has led to a debunking of some of the agricultural lore surrounding the crop. “Marginal or poor soil is not ideal for hemp production even though older literature says that hemp competes well with weeds, that it isn’t impacted by pests or pathogens and that it will grow in marginal to poor soils,” says Marguerite Bolt, hemp extension specialist in Purdue University’s Department of Agronomy.

Both Bolt and Boyer caution that hemp is “not a miracle crop” and that it should be viewed as only one resource in a farmer’s toolbox. Bolt says that at Purdue, they warn growers about the potential risks of growing hemp, especially the lack of current best practices for cultivation.

“Hemp is not going to save your farm,” she says. But “it can add diversity to an operation.”

Making things a bit more complicated, since hemp was illegal to grow in the U.S. for nearly 80 years, there are no approved herbicides or pesticides to apply to the crop when faced with challenges. Thus, farmers must contend with weed and insect pressure without chemical inputs.

Petty acknowledges, however, that due to this some growers are eyeing the crop as a tool for transitioning from conventional to organic agriculture.

“Hemp has been shown to draw heavy metals and residual pesticide and herbicide out of the soil,” she says. “We are considering growing for fiber,” Petty says about her own 10-acre hobby farm. “There is the potential to develop some yields that will bring in income while also transitioning to cleaner soil that could be certified organic in a three- or four-year period.”

If you’ve followed the news in the past year, you’re likely aware that hemp cultivation has dominated national and state headlines due to federal legalization of the plant under the 2018 Farm Bill, or the U.S. Agricultural Improvement Act of 2018. This move reverses decades-old legislation that classified hemp as an illegal substance due to a case of mistaken identity with marijuana, the plant’s botanical cousin. Both are species of Cannabis sativa L. and although they look similar, they differ in their chemical composition with varying levels of tetrahydrocannabinol, or THC, contained in each plant. THC is the chemical that causes marijuana’s famed high. With hemp’s low levels of THC, it is virtually impossible to get high from the plant.

Since federal legalization of the crop, many states have committed to making hemp production a viable option for growers in their regions. Such was the case in Indiana when in May Governor Eric Holcomb signed a bill legalizing the production of the crop within the state’s borders overturning decades-old legislation that classified hemp as an illegal substance. For the 2019 growing season, however, a research clause in the 2014 Farm Bill still governs cultivation in Indiana as details of a proposed state-level program are finalized and prepared for submission to the U.S. Department of Agriculture.

*This story comes to us from Edible Indy. Nicole Rasul writes about food and agriculture. Follow her on Twitter @rasulwrites or view her writing online at NicoleRasul.com. Photography by Sarah Brown.