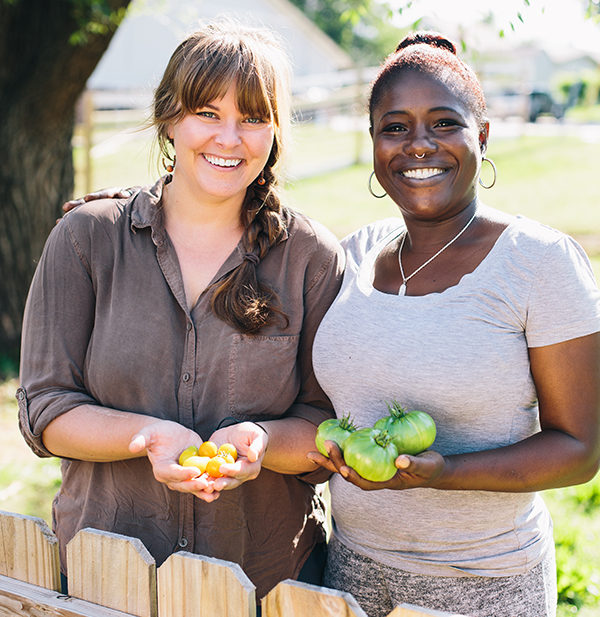 “Literally everyone on the planet eats. If you want to get to know your neighbor, grow some food with them.”

That is the distilled version of Ann Fleener’s philosophy as the Director of Freedom Farms & Greenhouse, which is a branch of the local non-profit Restore OKC.

“Restore OKC started about three years ago out of a desire from the community to see on the northeast side some of those cycles of poverty that we’ve seen broken,” Fleener explains. “We are a joint effort from a few churches from the northeast and northwest side coming together and starting Restore with the goal of coming into the community, getting to know our neighbors, and listening to what people need.”

After starting by working at a public library on the northeast side of Oklahoma City to learn the needs of the community, it became quickly apparent that they were sitting on one of the biggest food deserts in the city. With only one grocery store to service a community that has been trapped in generations of poverty, Restore OKC began working on solutions to help combat hunger.

Initially, they began a program at Thelma R. Parks Elementary School, which has now expanded to include Martin Luther King Elementary as well. They provided resources for teachers, snacks for students, and backpacks of food for the weekend by partnering with the Regional Food Bank. 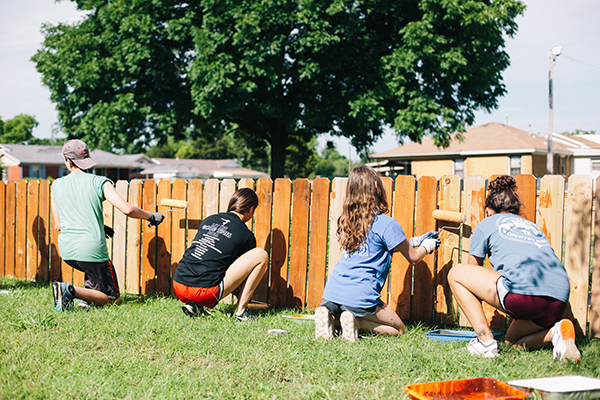 Last spring, Restore OKC started planting vegetable gardens at those schools, with classrooms each getting a 4’x4’ plot of land where the students get to plant, maintain, and eventually eat produce that they’ve grown themselves. Aside from gardening lessons, children are provided with the opportunity to learn about the natural world around them as well, with classes such as an insect safari where the kids get lessons on different kinds of little garden critters and then go look for them in their gardens.

“It was just the coolest thing to see kids who maybe hours before were like, ‘Ahhh, it’s a spider!’ instead, have a little magnifying glass and be just fascinated by it now, and knowing it’s an arachnid, not an insect,” Fleener grins.

Her background was a natural fit for these goals of Restore OKC. Growing up in a small town in Kentucky, her parents and grandparents were gardeners. When she went to college, she initially was studying business, but a summer job at a landscaping company was enough to make her change her major the next semester. Ann graduated with a master’s degree and eventually a PhD in horticulture, with much of her studies involving education as well.

Five years ago, Fleener moved to Oklahoma, taking on the role as Director of Education for the Myriad Gardens in downtown Oklahoma City before joining the Restore OKC team last year. Since then, she’s overseen the growth of the non-profit, including its most ambitious project yet: Freedom Farms. 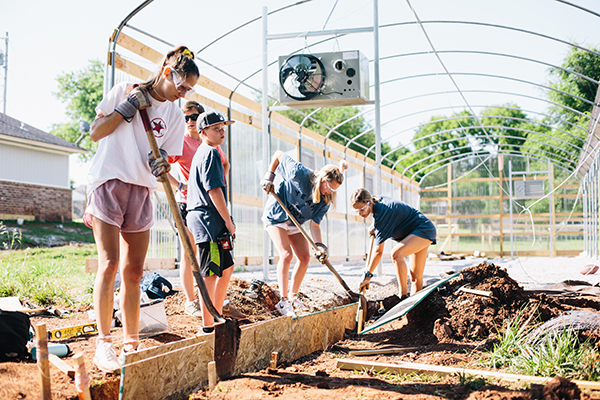 Freedom Farms encompasses not only the elementary gardens but a new and larger scope as well. In a sleepy neighborhood pocketed in the northeast side lies their headquarters. What was formerly the Joy Missionary Baptist Church, a quaint old building with colorful stained glass windows and high ceilings, is now their central office. It’s an interesting building, but what’s happening outside is more compelling.

On the surrounding acreage, Freedom Farms has huge plans. Out front is an orchard that is growing. They’ve cooperated with Julia Laughlin from OSU to select a hearty blend of native fruit trees and other varieties that are suited to the climate’s wild weather swings. There will be persimmons, pawpaws, sand plums, and other trees. This orchard will be available to the community to come and pick fruit for free.

Similarly, Freedom Farms is also cultivating a community garden to grow leafy greens and vegetables that will also be harvested and given to any residents of the area who are in need of fresh produce. Many people in the neighborhood are elderly, on public assistance, or don’t have the means to make it to the grocery store frequently, so this will provide free and healthy food to those who are in need.

The largest and most ambitious project that Freedom Farms currently has going is a state-of-the-art aquaponic greenhouse that will employ students from the community. With participation from Langston University’s 4H club, local high schoolers can learn how to grow food and have the potential to earn money and school credits along the way.

“There’s a great thrill in knowing how to grow your own food, and security in being able to do that as well,” Fleener enthuses. “There’s something fascinating about being able to take something and call it yours, and start it from what feels like nothing, a tiny seed you hold in your hand and turn it into something potentially huge that’s going to feed you and other people.”

There are more benefits than learning the responsibility and stewardship of caring for your community’s food, however.

“There are all these amazing studies now that tell us being in nature, interacting with nature, and especially doing things like growing our own food, benefits us psychologically,” Fleener says. “It actually lowers your stress levels, it can lower your blood pressure, it helps you be able to focus more. There are so many benefits we get from doing that.”

As things progress, Freedom Farms intends to add animals like fish, chickens, and goats, which opens up a myriad of other possibilities for programs and education. This could mean things like culinary arts and soapmaking, in addition to the greenhouse management and agricultural education that students are already receiving. Everything will be grown as close to organic standards as possible, passing on the important responsibility of making sure the planet is being taken care of.

As Fleener succinctly notes in an alternate phrasing of her philosophy, “Our goal with the whole farm is to get to know our neighbors, to partner with them to create a better future for all of us.”

*This story comes to us from Edible Oklahoma City. Photos by Aaron Snow.