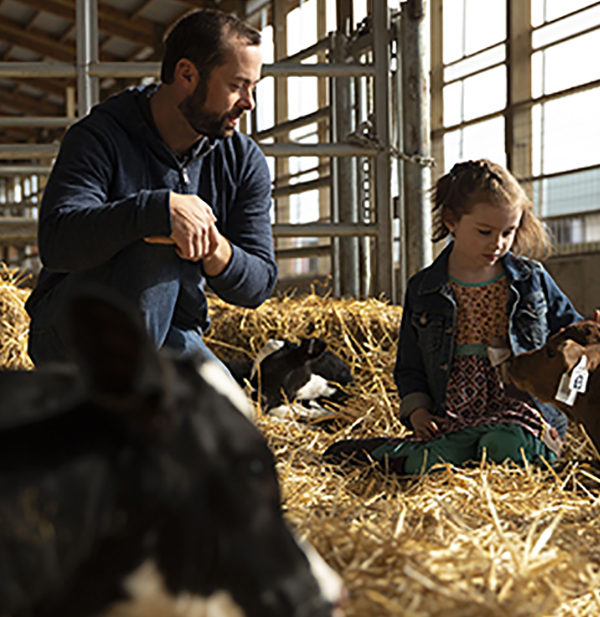 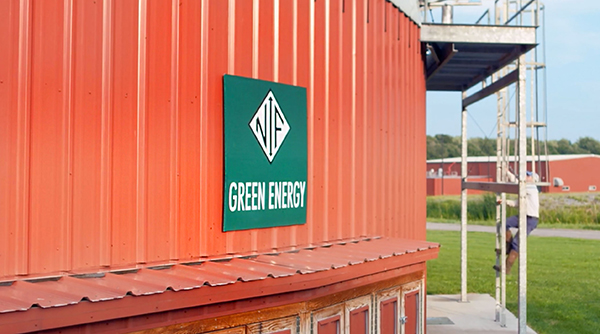 Yet, those are a few of the many things that makes Craigs Creamery, a local New York cheese brand, so sustainable.

Not the food waste itself, but the biodigester it powers, which in turn powers the creamery and makes the cheese.

“It kind of sounds like a thing out of Star Wars, doesn’t it?” says Chris Noble, co-owner of Noblehurst Farm, one of the eight farms that founded Craigs Creamery and home to the creamery and its biodigester. “The technology has been around a long time. They’re used in Europe to recycle organic waste to provide decentralized, smaller power units in local communities.”

Organic material—food waste, anything that grows, and, in the case of Craigs Creamery, that includes cow manure—goes into the biodigester, a large domed structure. Inside, the waste gets “digested” anaerobically, or without oxygen, and separates into nutrient-rich liquids, methane gas, and solids. It comes out as organic fertilizer to spray on the fields, green energy to power the creamery, and material to serve as bedding for the cows.

“Our farm has been around since the 1820s,” says Noble. “We’re part of this community. Traditional dairy farming was always a closed circle, with the waste being fed back into the ground to grow the feed to feed the cows to produce the waste, so in a way, a biodigester was a natural fit for us.” 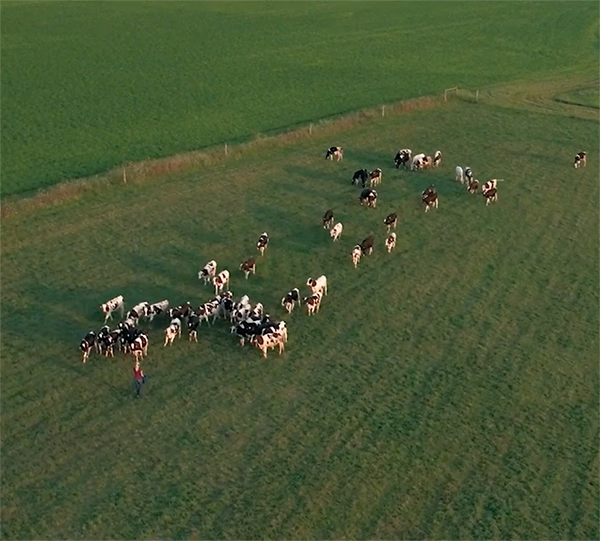 A community of dairy farmers

All of the family farms that provide the milk for Craigs Creamy are run by multi-generational farmers.

“We grew up playing sports together and our families know each other,” says Noble. “We have a real common bond.”

Part of that bond is geographic: The farms providing the milk to make Craigs Creamery cheese are all within 20 miles of the creamery itself. That means fresh milk is delivered within hours.

Part of the bond is philosophical. Each farm follows shared sustainability practices and also works in individual ways to produce better milk and take care of the land at the same time.

McCormick Farm, for example, has a proud history of reduce, reuse, recycle: they’ve been using manure from their dairy cows to fertilize 2,800 acres of potatoes since the family bought the farm in 1951. Similarly, Southview Farm has long invested in innovative technologies. New owners brothers Dan and Nathan Osborn see Craigs Creamery as an opportunity to be able to continue to invest in sustainability for the 21st century. At Coyne Farms, a worm farm transforms manure from their herd of 900 Holsteins into nutrient-rich organic plant food.

Meanwhile, at Baker Brook Dairy, which Rick Stevens and Charlie and Ed Ziegler bought with their families, the focus has been as much on the cows as on the land. With employee training, barns designed with cows in mind, and technology to keep the animals as comfortable as possible all year-round, their 1,800 cows produce amazing milk.

Jeff and Lesa Mulligan, third-generation farmers, have long incorporated sustainable farming practices at Mulligan Farm. When they saw development creeping closer to their farm, they had just under 1,200 acres of their property protected by a conservation easement, which means they sold the rights on their farm deed, agreeing never to allow development on the agriculturally-rich land. They’ve also had 640 acres and nine of the farm’s buildings designated as historic landmarks to further protect the land.

Synergy Farm takes a different tack by welcoming people on farm tours and regularly hosting 4-H events. The farmers can share their passion for dairy farming, and consumers learn more about where their food comes from.

And that’s something all the farms share: a desire to make sure people don’t just have high-quality food, but that they know and trust where it’s grown. That, and a desire to make sure, like Tim and Kirsty Northrup at Lawnel Farms, that by adopting earth-friendly practices and working hard to take care of their farms and their communities, they have healthy, sustainable farms to pass on to the next generation of farmers.

“We were already pretty closely aligned in how we farmed, even before coming together,” says Noble. “We all grow most of the feed we feed our cows. We’re all both farmers and dairy families.”

Sustainable beyond the land

As in so many discussions of sustainability, however, dedication to maintaining the tradition of family farming necessitates incorporating forward-thinking, innovative practices in ways that support not just the land, but the farming family, the community, and the consumer as well.

Solar panels provide energy to heat the water that’s used to clean the barns and parlor, and the farms all practice energy audits to identify additional ways to increase efficiency. Water used at the cheese plant is recycled.

The Craigs Creamery biodigester also creates local jobs, including positions for individuals with disabilities. It even provides energy to neighbors when demand rises in the winter.

To that end, Craigs Creamery products are produced with milk only from these family-run farms and only from cows that are fed diets of primarily locally-sourced feed, with no added hormones. Only all-natural ingredients are used to make the cheese.

Indeed. Products include whole milk mozzarella, Swiss, and Muenster cheeses, as well as mild, medium, and sharp cheddar. The medium-mild cheddar cheese was recognized in the 2018 Dairy Products competition for Class 1, American-style cheese and won an Award of Excellence at the New York State Fair. And just this year, the sharp cheddar cheese was awarded Gold for Class 2, Aged Cheddar Cheese at the fair. It is all New York State Grown & Certified, as well.

A key part of true sustainability in the food system is access. While small farms making high-quality products aren’t anything new at farmers markets and gourmet stores around the country, that’s not what Craigs Creamery is about. These are everyday cheeses people can find at their neighborhood chain grocery stores.

“The affordability factor is a big thing for us,” says Noble. “We want to be doing things that are ultimately sustainable for us, our workers, and the planet, but we also want to make great, fresh food all families can enjoy.”