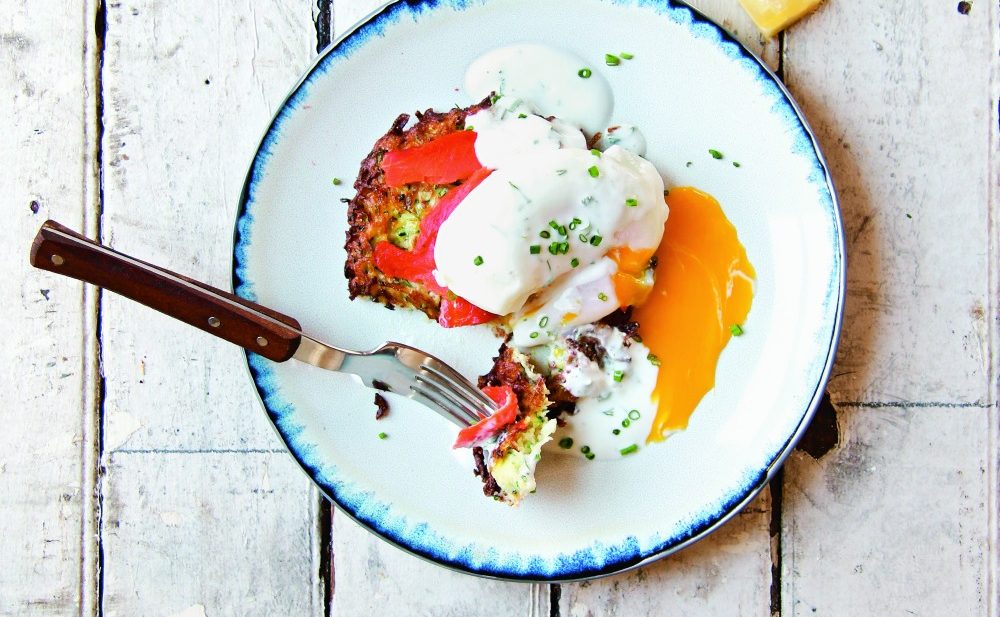 Making the latkes with zucchini instead of potatoes gives the dish more freshness and color.

Christmukkah Brunch 2011: I had four friends peeling and grating potatoes for latkes. Had one grating only onions, poor thing. That is what this dish reminds me of. Good times and friends and latkes. Fried things are tasty all year round. The flavor combination of the zucchini latkes, salmon, egg yolk, and dill labane sauce works so perfectly together.​ 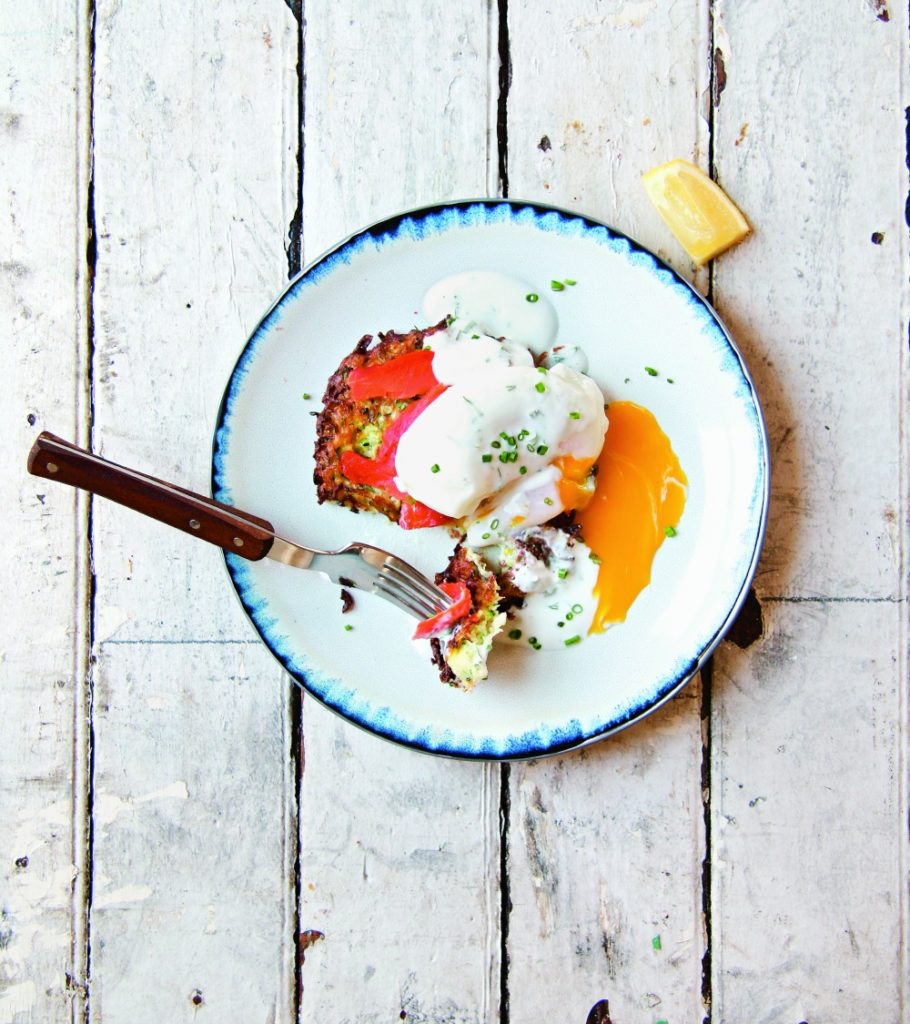