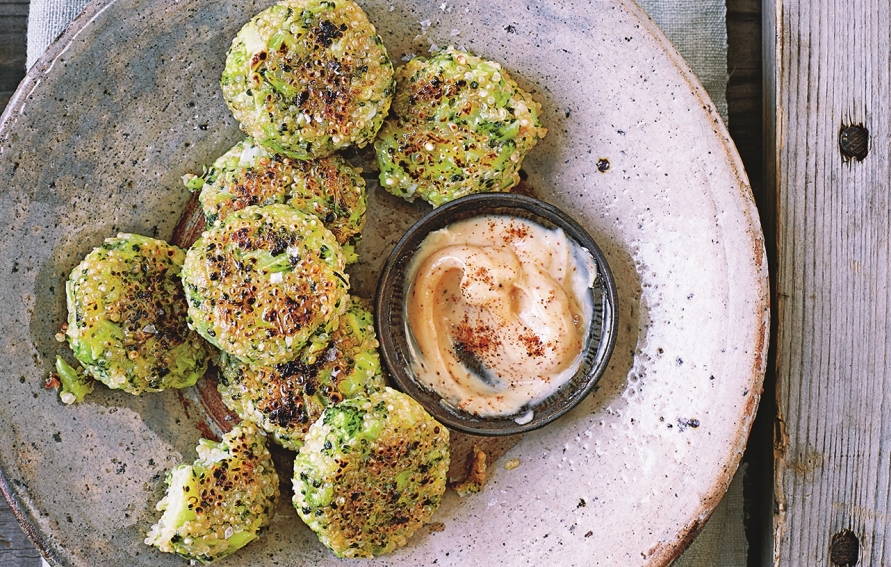 Quinoa is an absolute nutritional powerhouse but, being vegan, I love it mainly for its protein properties and also, more importantly, its quirky little form. I don’t know any other food that can claim to be crunchy and fluffy in equal measures but quinoa manages to pull it off. You can make these patties as large or as little as you like but I’m all about the bite-sized variety, which I usually dip into spicy vegan mayo or serve as a topping to my mega leafy salads. They hold together so well though, you could easily pop them between a bun for an awesome, protein-filled burger—it’s entirely up to you!