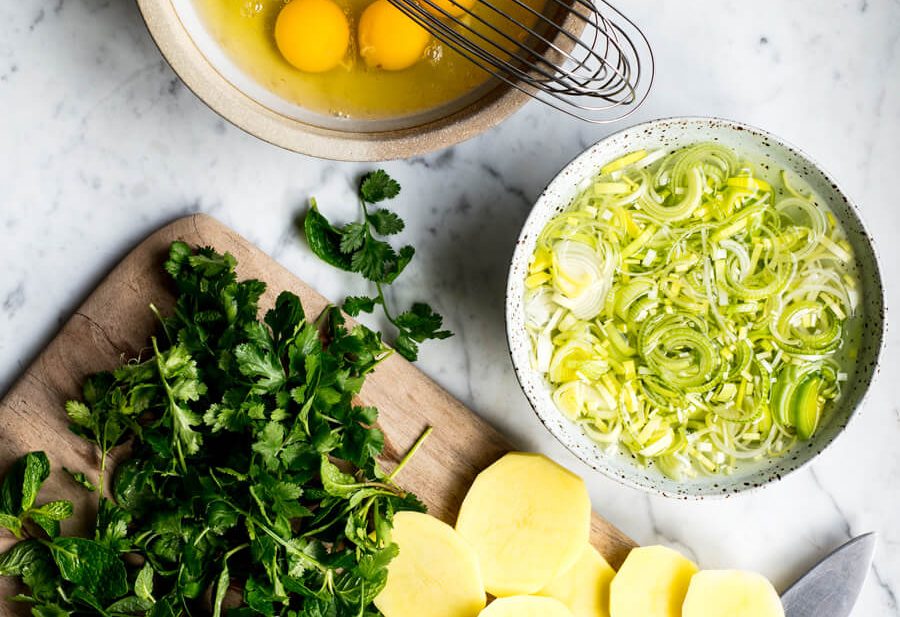 Spring herbs work with leeks or spring onions in this a lighter take on a classic Spanish tortilla.

Don’t worry, there’s still some potato in there, just a bit less to make room for all the other good spring produce. Serve this on its own, or with a salad also full of spring herbs. It’s great plain or topped with sour cream, mayo, or aioli. 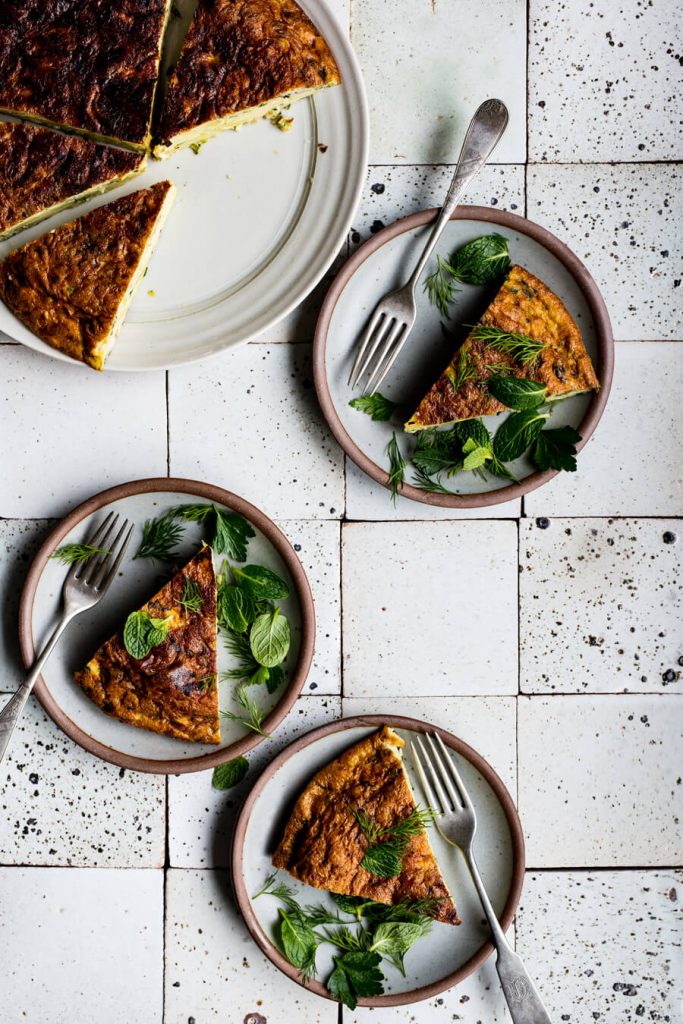 Don’t worry about the insane amount of olive oil called for in this recipe—most of it gets drained off after you cook the potatoes. Feel free to strain it and save it in the fridge to use the next time you cook potatoes.
Course Main
Cuisine American
Keyword spring, herb, tortilla, fritatta, eggs, potato
Prep Time 10 minutes
Cook Time 45 minutes
Total Time 55 minutes
Servings 8
Calories 105kcal
Author Molly Watson