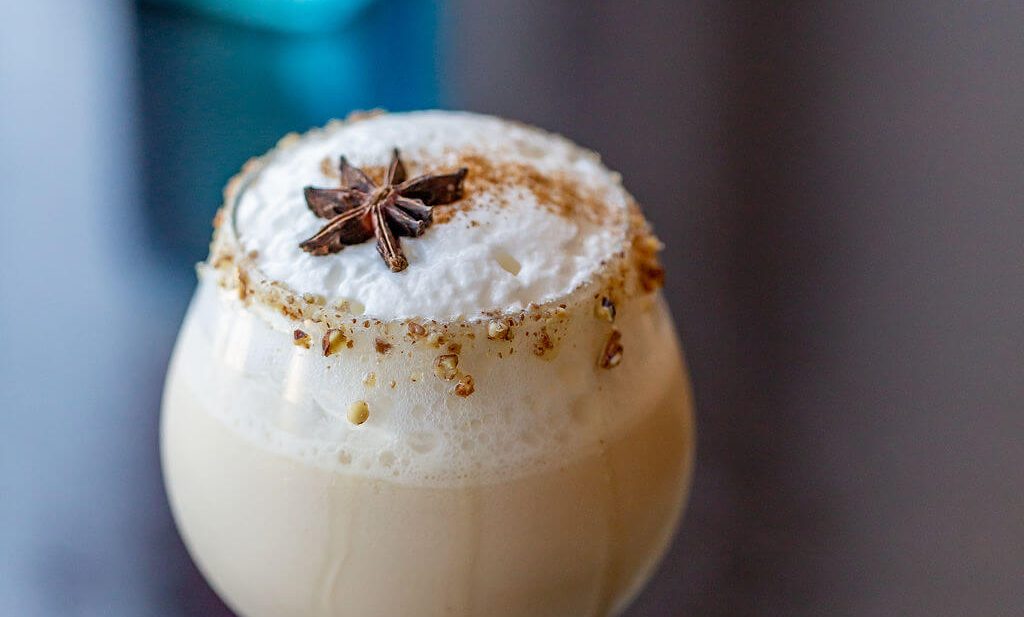 When it comes to holiday gatherings, mixing up a boozy punch is an easy way to serve a crowd. Traditionally eggnog comes to mind. But did you know eggnog is only a cousin of a more distinctly Southern libation known as milk punch? This recipe by Danny Welsh from Azurea at One Ocean in Jacksonville Beach features maple-glazed pecans. They may not be a traditional garnish, but they sure are tasty. 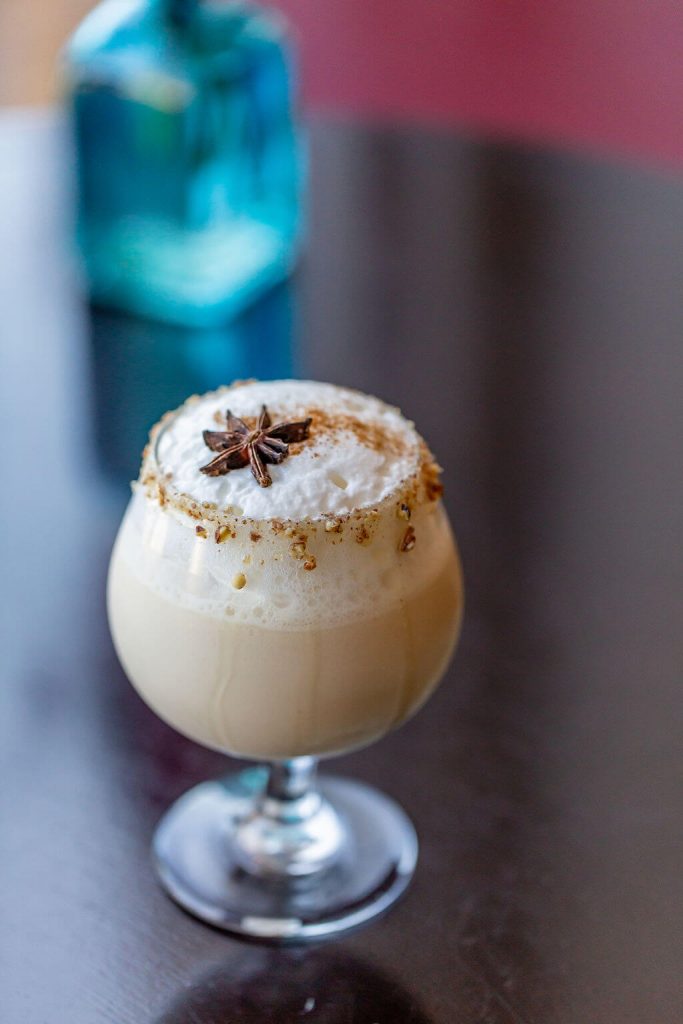 *To make the maple-glazed pecans: Preheat an oven to 250°F. Grease a large baking sheet. Beat 1 egg white until it forms soft peaks. Fold in 3 cups pecans until they are evenly coated, then add 1/2 teaspoon ground cinnamon to pecans, stirring until evenly coated. Fold in 1/4 cup maple syrup until evenly distributed. Spread pecans on the prepared baking sheet and bake for 1 hour, stirring every 20 minutes, until the pecans are dry. Remove from the oven and let cool before serving or storing.
Tweet
Pin2
Share
Email
2 Shares
Previous Post: « Swedish Tea Cakes
Next Post: Cranberry Cinnamon Buns »