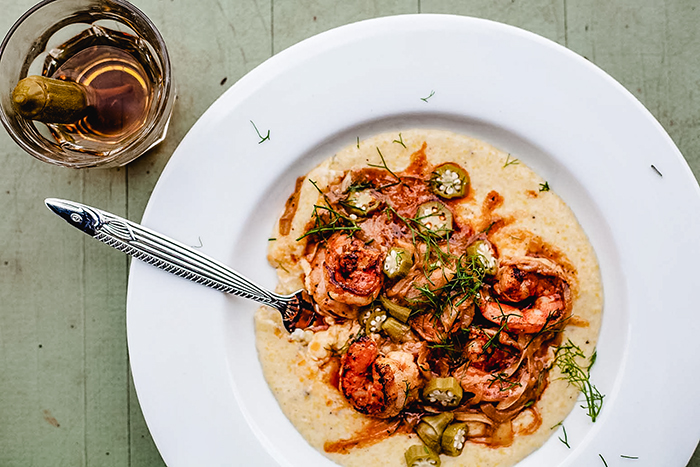 You are here: Home / Recipes / How to Make Shrimp and Grits With a Master
Jump to Recipe Print Recipe

Songwriter Phillip Lammonds is as prolific in his kitchen as he is in the writing room.

Which is really saying something, because he writes an average of about 100 songs a year.

Lammonds moved from South Carolina to Nashville in 2017. He’s spent lots of time on Pawley’s Island, South Carolina, where shrimp and grits are the past time. He has making them down to a science.

Standing at his AGA gas range, with a pickled okra-napped Bulleit bourbon in hand, Lammonds navigates his ingredients and skillet with ease, whistling as he works. He’s methodical about his ingredients; he buys his shrimp at an international market where it tends to be fresher and he can get the heads on. He uses the heads to make a quick stock to enhance the shrimp mixture with more of the sea. He uses fennel in the shrimp mixture, which he slices on his mandolin and garnishes with the fronds, and he uses a splash of bourbon is in the grits. The result isn’t super saucy, but it is a jolt of flavor. “The thing about shrimp is you don’t need to add a lot to it,” he says.

Lammonds and wife, Rebecca, renovated their house on Fatherland in East Nashville when they moved in two years ago. Their kitchen is hard working and functional. A lot like Lammonds. And a lot like his shrimp and grits. 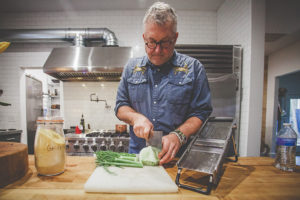 First, cut the tops off the fennel bulb and slice them with a knife or mandolin.

Next, removes the heads and peels from the shrimp, putting them in a small saucepan to make a quick stock. 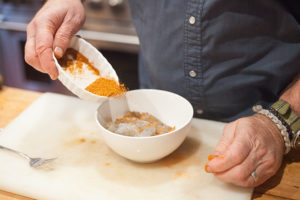 Third, combine the Creole seasoning and the shrimp. 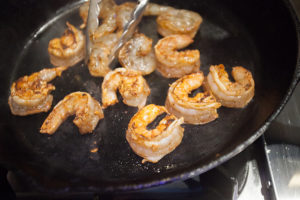 Next up is sautéing the shrimp until slightly opaque, about 3 minutes. Transfer to a plate.

Sprinkle the flour into the skillet and whisk well.  Sauté the onion, green pepper, and fennel. Add the garlic and cook 1 minute. 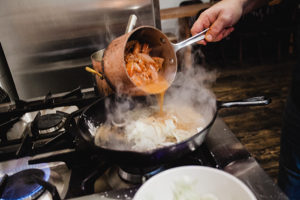 Add the shrimp stock to the mixture in the skillet. Cook until reduced by half, about 10 minutes. Add the Worcestershire sauce. 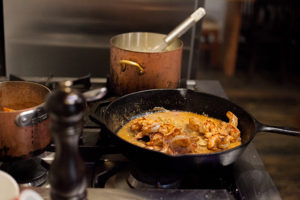 Add the shrimp back to skillet. Swirl in the butter until it’s melted. 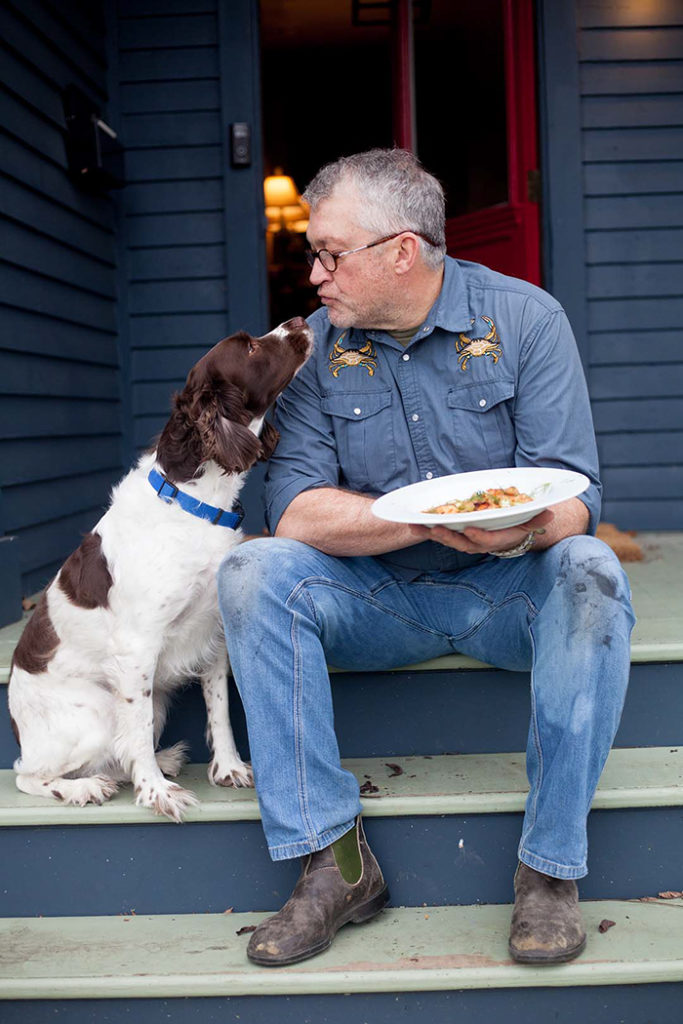 Finally, add a splash of white wine to the shrimp mixture and flambé it, shaking the skillet. Serve over grits, garnished with pickled okra and fennel fronds.