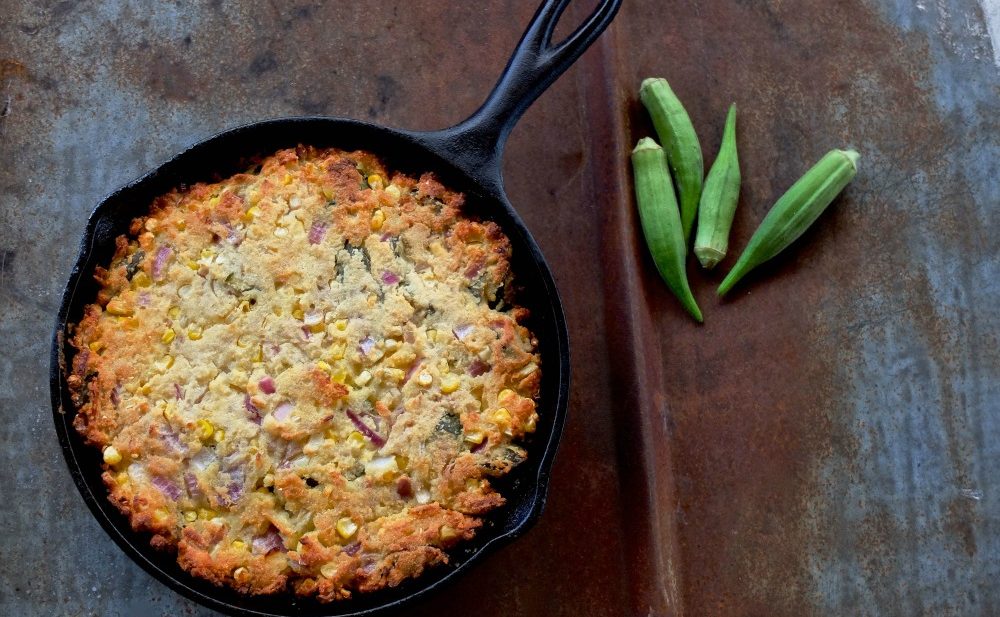 Serve this okra-full cornbread alongside meaty mains or offer it with lots of other vegetable-centric dishes.

I’ve made this recipe for years. It started out a way to introduce my husband to the okra that I grew up devouring.

An okra that discredited its “slimy” reputation.

Regardless of recipe preference, there’s no denying this American staple’s roots. 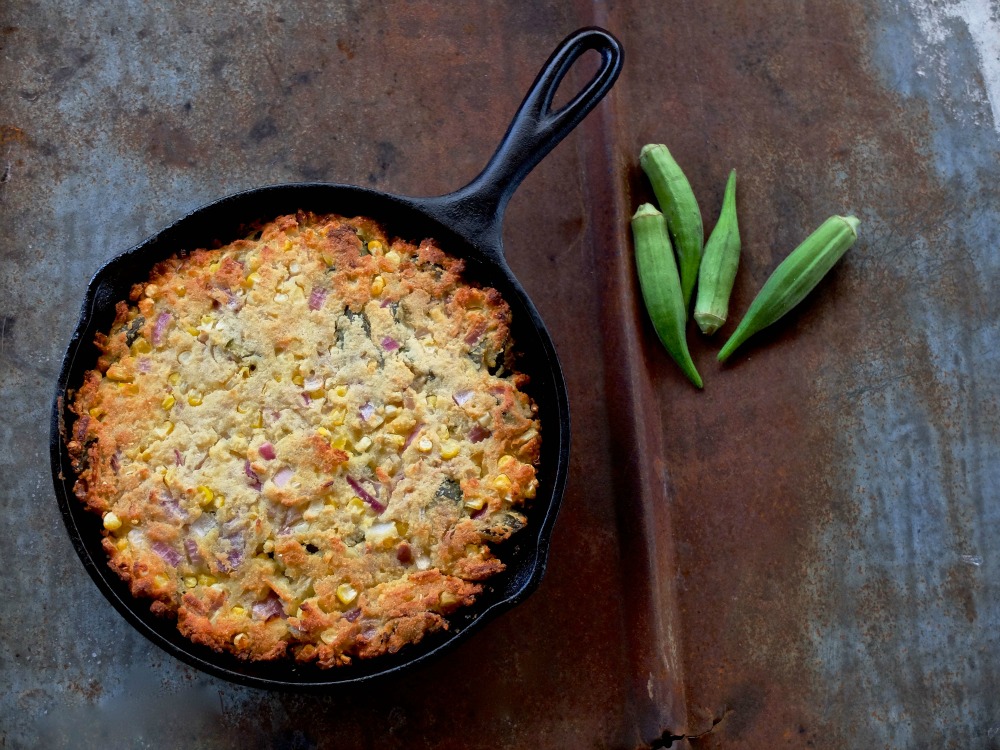