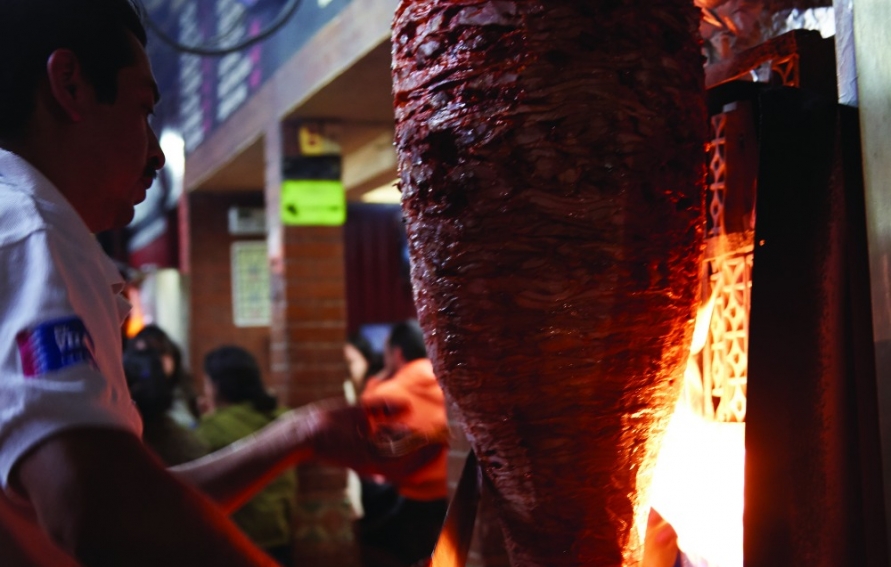 How to make tacos al pastor at home

Tacos al pastor—made from marinated pork that’s been roasted on a vertical spit—are wildly popular in Mexico City, particularly at night. The best taqueros put on a show, slicing off bits of caramelized meat and catching it in one hand (or behind their back!), and then reaching above the meat to slice off a piece of warm, juicy pineapple. According to city folklore, these tacos were invented in the capital. The dish is a direct descendant of shawarma, brought by Lebanese immigrants who arrived in Mexico in the early twentieth century. The marinade in this recipe comes from Tacos Don Guero in the Cuauhtémoc neighborhood, whose taqueros were kind enough to explain their ingredients to me at six a.m. one weekday morning. Obviously, very few people at home will have a vertical spit—part of what gives tacos al pastor its signature flavor—but a grill would work well, or a blazing-hot cast iron skillet or griddle greased with a little lard.