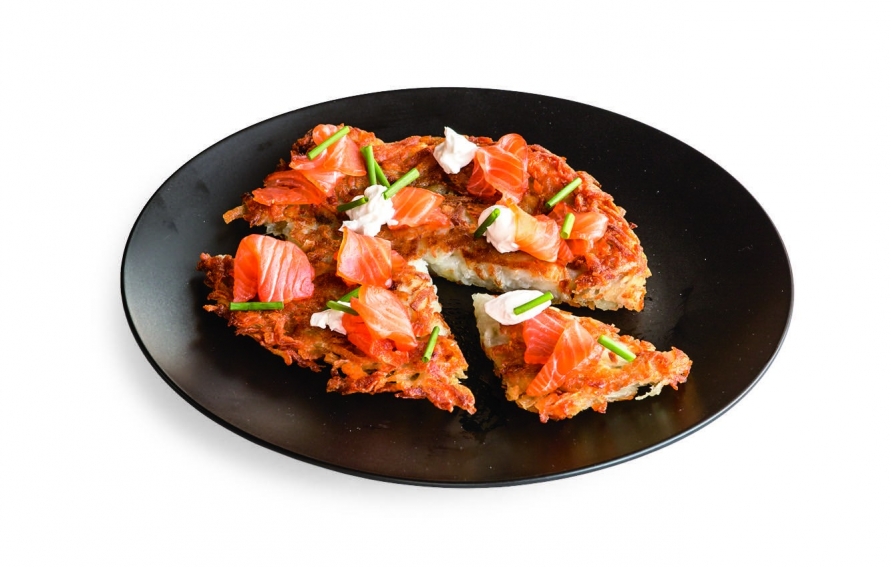 You are here: Home / Recipes / Latke with Gravlax
Jump to Recipe Print Recipe

I had to work at an Italian restaurant to learn how to make great latkes (sorry, Mom).

The trick is to use pure potato. There is more than enough starch in the potatoes to bind the latkes without using egg or flour (which make them less crispy and more dense). Potatoes can handle much more salt than seems reasonable, so make sure to taste your mixture (or fry off a small test latke) before you cook up a bland batch. Starchy things like to stick to the pan, so let the latkes cook undisturbed for a few minutes and the crust will set up and release on its own. A cast iron pan is ideal; but if you’re scared, a nonstick skillet is foolproof. I make one big latke here, but you can make many small ones, too. Pairing cured salmon with latkes is almost a cliché, but for good reason. Gravlax is elegant and super simple to make. The hardest part is actually slicing it into thin ribbons. I’ve found that freezing it for just 15 minutes makes the slicing much easier. Use a long sharp knife held at a very shallow angle to the surface of the gravlax and draw the knife through it from heel to tip. Placing the flat open palm of your other hand on the surface of the fish will ensure a thin, even slice. 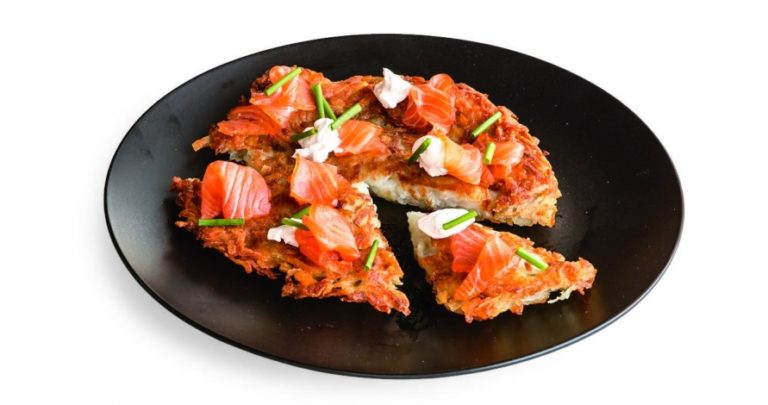 It's all about the potato.
Course Side Dish
Keyword holidays, potato, salmon
Author Michael Solomonov