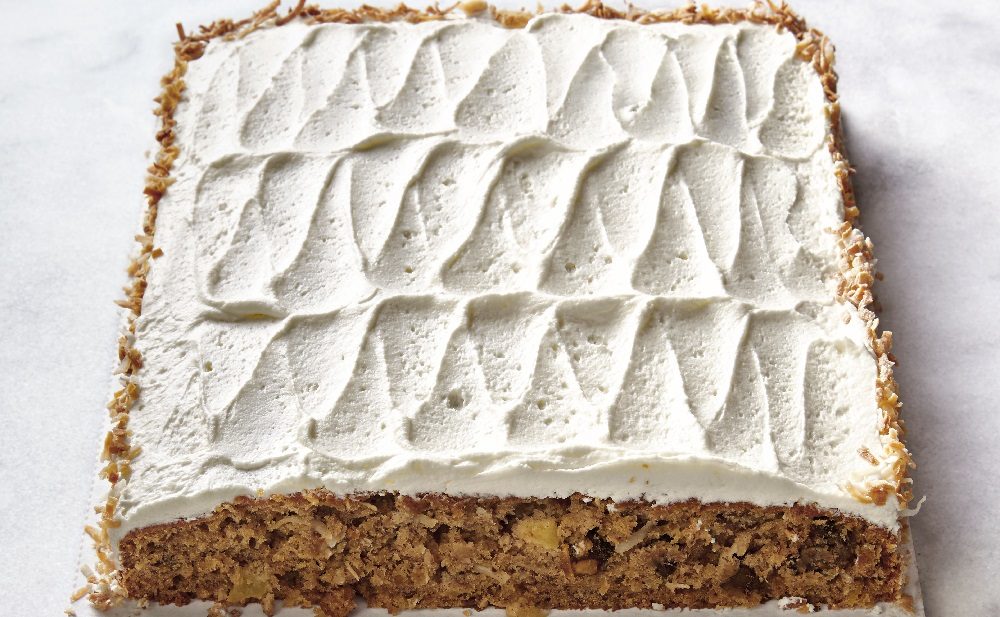 The list of ingredients is long, but it’s a one-bowl wonder.

Looking for a tasty, very approachable, easy-to-make dessert for a potluck or picnic? This is it. The pecans and the coconut can easily be left out if you prefer.

We started baking Hummingbird Cake for Zingerman’s Roadhouse when it opened in 2003. At that time, we made a variety of American desserts, but we had not actively focused on southern baking. The Roadhouse features classic American dishes from around the country with a strong emphasis on barbecue and southern cuisine, and this cake seemed like a natural fit. It has since become a customer favorite in our own shop and at the Delicatessen, and it is a common choice for wedding cakes.

What does this have to do with the flow of our day? Well, the cake decorators have a precise order for their icing work. They start with vanilla Swiss buttercream and always end with cream cheese, which is what we put on this cake. We know that they’re at the end of one part of their day when cream cheese frosting is in the mixing bowls.

Hummingbird cake is so named because it is sweet enough to attract hummingbirds. In Jamaica, though, where the recipe originated, it’s called doctor bird cake. Doctor bird is a nickname for Jamaica’s national bird, the Red-billed Streamertail, which is a type of hummingbird. Jamaicans call the bird the “doctor bird” because of the similarities between a hummingbird probing flowers with its beak and a doctor prodding a patient during an examination.

How did this cake get to America? In 1968, Air Jamaica began flying from Kingston and Montego Bay to Miami and New York. The icon on the tails of the planes was none other than Jamaica’s national bird. To increase interest in travel to the country, Jamaica’s tourist board put together some promotional kits to send to the United States. The kits included recipes for some local foods, among which was doctor bird cake.

The cake quickly gained popularity in the South. There are numerous references to the cake in county fair reports and baking competitions throughout the 1970s, although not always under the same name. Variations of the name include Doctor Byrd cake after a familiar regional name dating back to early Virginia and then finally the more generalized name of hummingbird cake. The first printed recipe for the cake appeared in Southern Living magazine in February 1978. Hummingbird cake has since become the most requested recipe in Southern Living’s history. 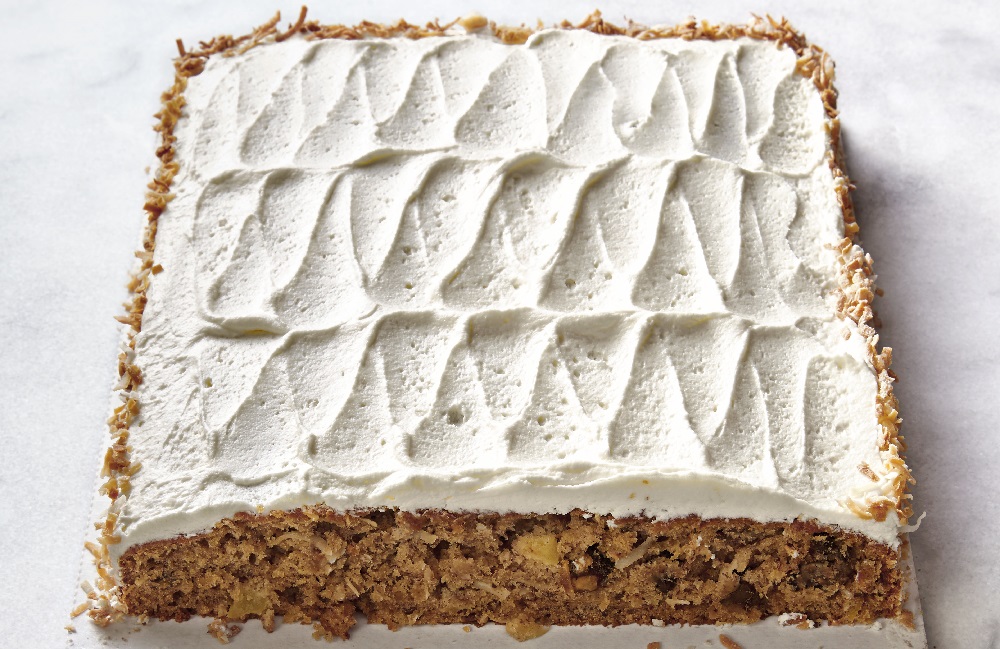