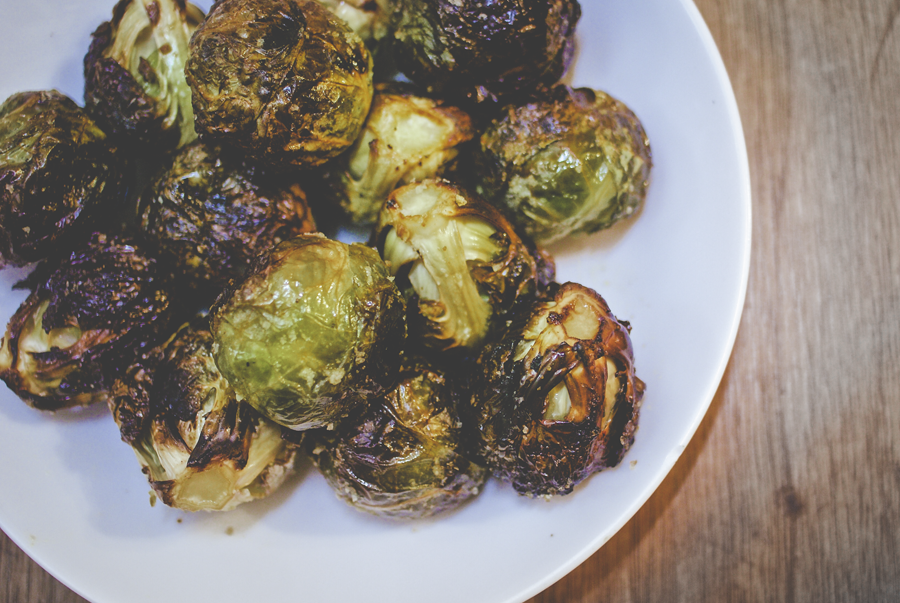 Brussels sprouts get wonderfully crisp and charred and tender on the grill—and free up precious oven space when needed.

If you want lovely charred grill lines, don’t move them around too much, and keep them on the grill until they’re as tender as you like them. For the best results, be sure to start off with Brussels sprouts that are more of less the same size so they cook as evenly as possible. If you’re using smaller sprouts or don’t like fussing around with tongs, go ahead and thread them onto skewers. If you have sprouts of a decent size and sort of like standing around the grill, moving each little thing as it requires, grab your grilling tongs and get ready for some fun.

In case it isn’t obvious, this recipe is more a method than anything, so feel free to grill more or fewer sprouts, and season them as your heart desires. A sprinkle of cayenne, a clove or two of minced garlic tossed in with the oil, toasted sesame oil for a whole other flavor—the possibilities are pretty endless. Drizzling them with balsamic vinegar or barbecue sauce or offering a dipping sauce of some sort when they’re done wouldn’t be unheard of either.
Course Side Dish
Cuisine American
Keyword brussels sprouts, grilled
Prep Time 10 minutes
Cook Time 10 minutes
Total Time 20 minutes
Servings 4
Calories 110kcal
Author Molly Watson