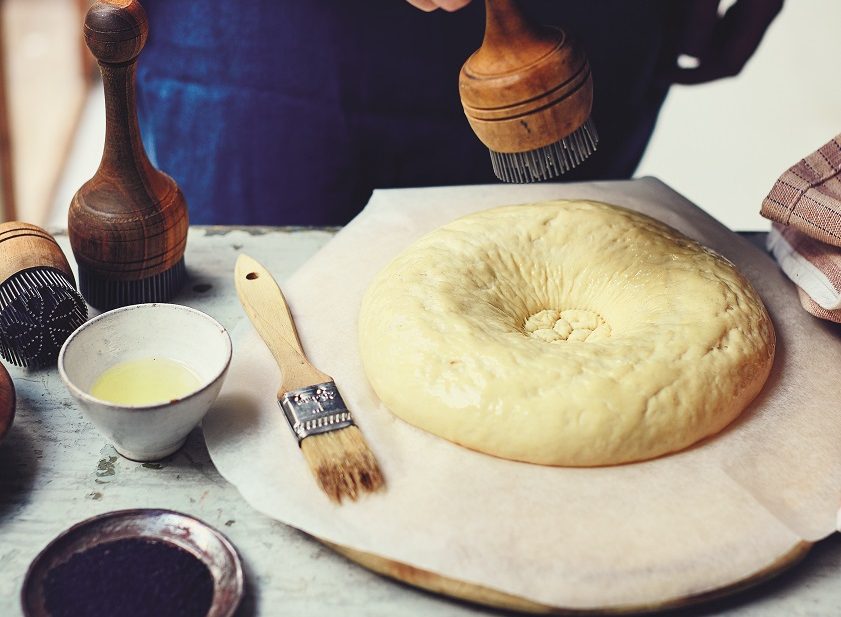 You are here: Home / Recipes / Non, a Flatbread from Central Asia
Jump to Recipe Print Recipe

Non is the flatbread that is made the length and breadth of Central Asia.

It is usually baked by being slapped onto the searingly hot clay walls of a tandoor oven and is known as naan in India and much of the US. At home, using a pizza stone and the oven cranked to maximum temperature is the best way to achieve the characteristic chewy elastic texture. 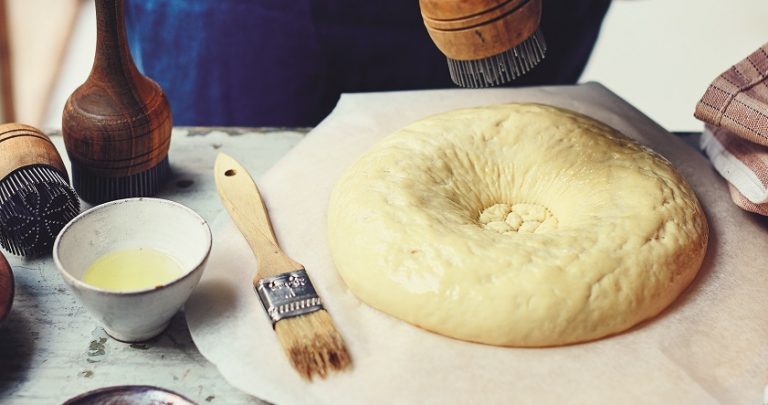 You'll want to crank your oven way up to get the crispy-yet-chewy texture that makes this bread so crave-able.
Course Bread
Keyword Flatbread
Prep Time 3 hours
Total Time 15 minutes
Servings 4