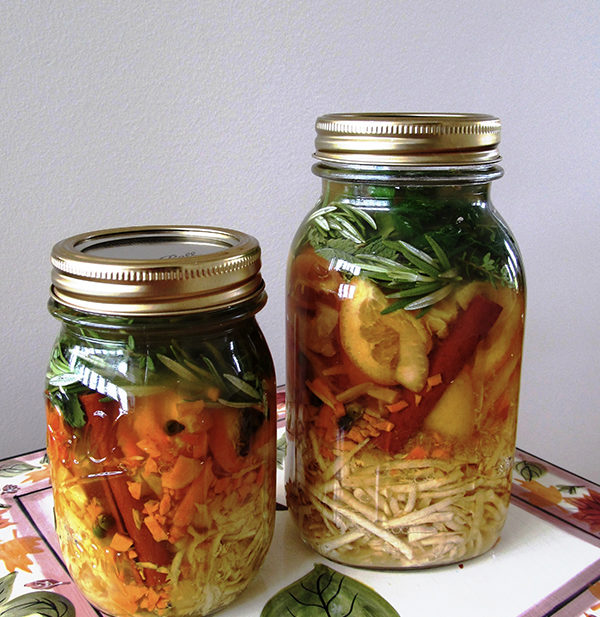 I describe my first sip of fire cider as an explosion of tastes, a 10 on the rock your world scale. The little brown bottle I purchased from a health food store yielded a golden liquid that had been steeped for weeks in a glorious array of fiery and functional foods, all with noted health properties. Having whet my appetite on just one tablespoon, I knew I had to find out more.

The allure of fire cider is decades old and fomented by herbalists around the world who concocted what has been called the people’s medicine. Considered a homeopathic tonic that boosts the immune system and claims antiviral and anti-bacterial properties, it is often used as part of a daily health regime and to ward off cold and flu symptoms.

Fire cider proponents suggest that it can cure a wide array of ailments, and though further studies are warranted to conclusively demonstrate many of these, there is no question that the potent core ingredients – apple cider vinegar, roots of horseradish, turmeric, and ginger, hot peppers, garlic, and other herbs – share at least one important medicinal property: they are simply excellent for good health.

The list goes on…onions, fresh herbs, cinnamon, hot peppers, honey, citrus…all adding to the synergistic blend. While fire cider may not be a panacea for all that ails, we can be encouraged by the widely agreed-upon health benefits of its ingredients, all of which make it an excellent elixir for both fighting illness and maintaining daily health. Commercial versions can often be purchased in holistic and health food stores, but there’s nothing stopping you from making it from scratch. With winter approaching, it might be the right time to give this recipe a trial run. 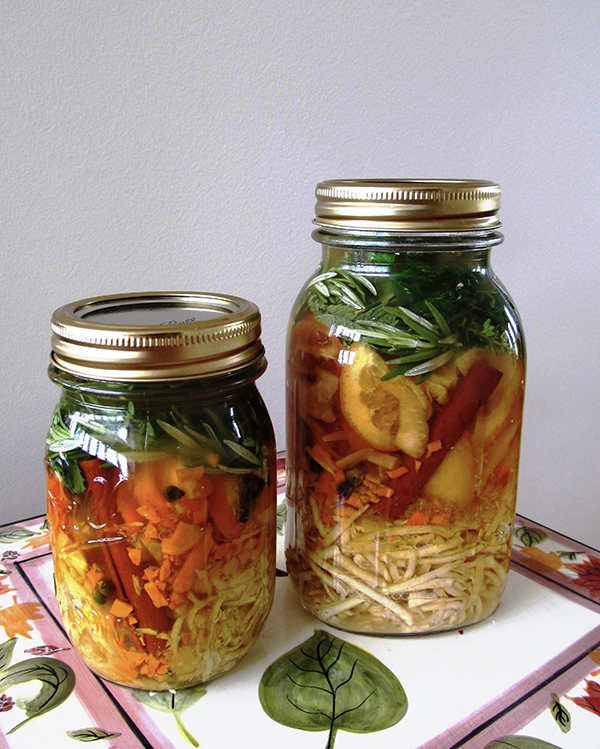