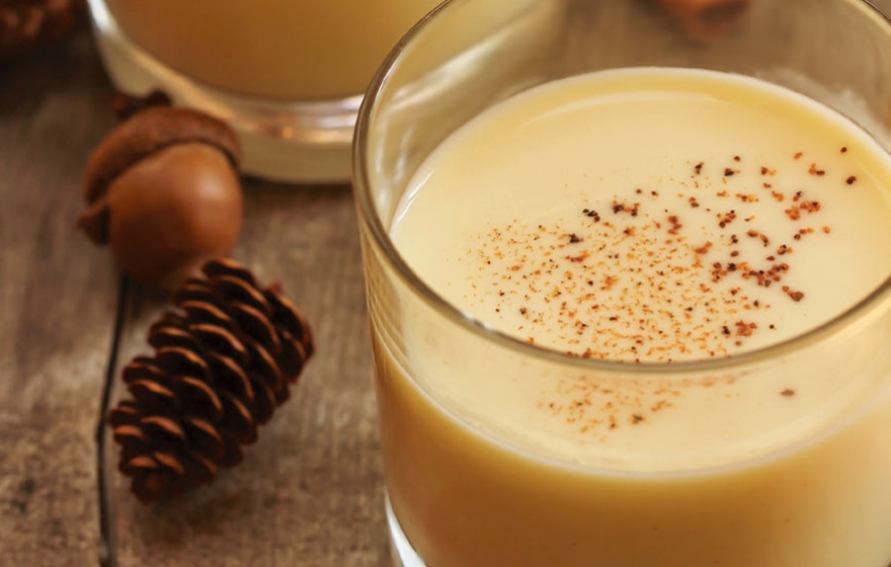 A rich take on a holiday classic

The origin of eggnog is thought to be from medieval times with the ingredients adapting over centuries. According to food television personality Alton Brown, “Most culinary anthropologists believe modern eggnog descended from a thick, boozy, concoction called posset that was composed of hot milk and hooch enhanced with whatever spice the lord of the castle had on hand.”

This recipe calls for duck eggs, making you the lord or lady of the estate with the richest nog in the land. “Although bourbon is the modern nog spirit, rum was the liquor of choice in colonial days,” says Brown. These days, the choice is yours, rum, brandy or bourbon—or no hooch at all. Hot or cold, raise a cup to the history of eggnog.