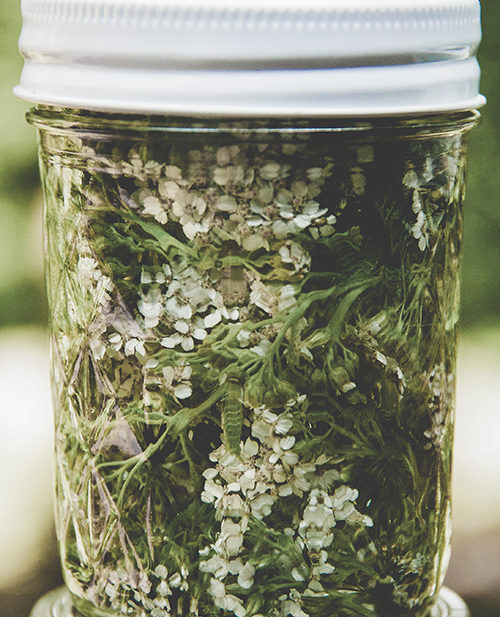 Yarrow (also known as Achillea millefolium) is a plant with an illustrious history.

Named after Achilles, the mythic warrior of ancient Greece, its leaves were used to staunch the flow of blood, presumably handy on the battlefield of Troy. In Britain, yarrow has been used to flavor beer, and Navajos and multiple Pueblo peoples, including Zuni, have used it for pain relief and healing burns. Today, commercial varieties come in many colors, but the yarrow you’ll find in the wild usually has white, pale pink, or pale yellow flowers.

Yarrow is cold hardy across the entire state of New Mexico. Look for this sun-loving perennial in lawns and fields. Growing to be eight to eighteen inches tall, yarrow bears its flowers in wide, flat clusters. Its foliage is feathery, with minutely divided leaflets. Try chopping the leaves and using them as an herb; they have an intriguing, spicy flavor. Some compare it to tarragon or anise, but that’s only part of the flavor picture. 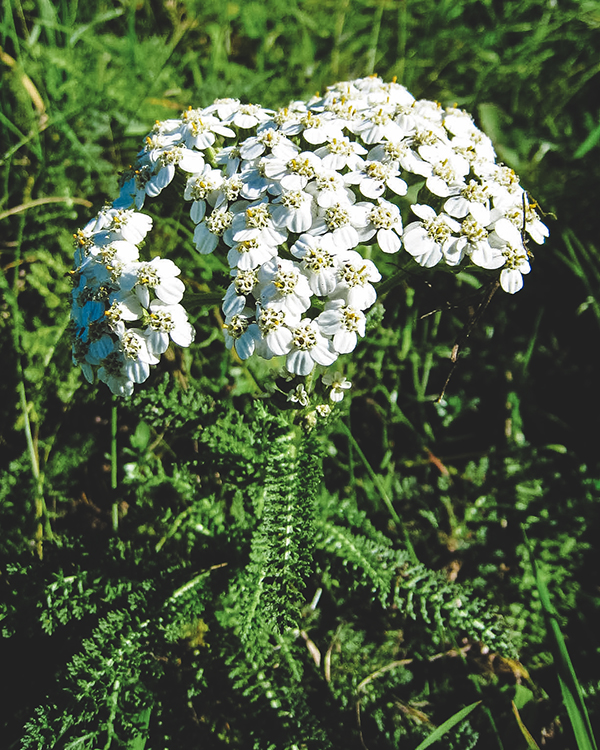 The roots of yarrow are intensely bitter and make an excellent base for creating your own foraged cocktail bitters. Bitters were originally a digestive stimulant, and some people still use them that way, adding a few drops to seltzer. In cocktails, bitters temper the sweetness of a drink made with simple syrup and add a savory, aromatic note to fruit-based drinks. If you’re making a sour with raw egg whites, a dash of bitters will keep those egg whites from smelling like a wet dog.

Some mixologists compare bitters in cocktails to salt in food: a flavor hard to describe but essential to the balance and composition of a dish. I think the best way to understand what bitters bring to the party is by doing a simple taste test. Make a cocktail that calls for bitters (like the Bitter Rickey below), but before adding the bitters, split the almost finished cocktail into two glasses. Add bitters to one, but not to the other; then compare the flavors of the two drinks.

Once you’ve made bitters, try this twist on a traditional rickey cocktail. Rickeys are usually made with gin or bourbon, lime, and seltzer. They’re refreshing, summery cocktails, perfect for this time of year. 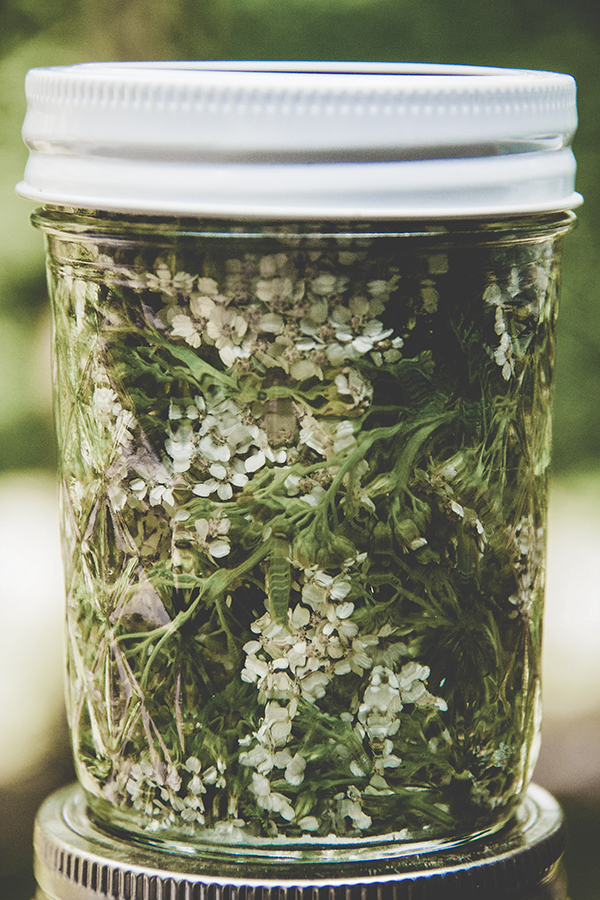 When making bitters, measure the liquid (a neutral grain spirit) in fluid ounces, and measure the solids by weight. The ratio of liquid to solid should be 2 to 1 for fresh ingredients and 4 to 1 for dry ingredients. Commercial bitters often have long lists of ingredients, but I prefer to use just 3 to 5 in my foraged bitters, so the flavor of each can be fully appreciated. At least half of the solids should be bitter; the remainder can be a combination of spice and fruit, depending on your personal preference. In this recipe, I use both yarrow root (for the primary bitter ingredient) and yarrow leaf (the spice).
Calories
Author Ellen Zachos

The ABV (alcohol by volume) of commercial bitters ranges from 37 to 45 percent. By combining equal parts of your alcohol- and water-based infusions, your bitters have an ABV of 37.5 percent.

*This story and recipe come to us from Edible New Mexico. Ellen Zachos is the author of seven books, including The Wildcrafted Cocktail and Backyard Foraging. She also teaches several online foraging classes and shares recipes and tips at backyardforager.com.