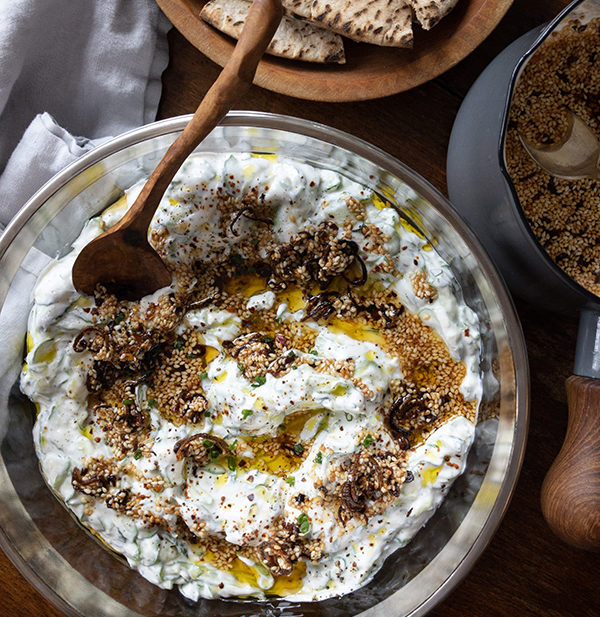 You are here: Home / Recipes / Cucumbers in Labne
Jump to Recipe Print Recipe

Drizzled with a dressing of toasted sesame, chile, and fried shallot for crowd-pleasing dipping.

A simple dip of garlicky cucumbers in thick yogurt with lemon and mint gets a punch from warm chili oil spiked with crunchy toasted sesame seeds and crisp caramelized shallots. Serve with plenty of soft pita bread wedges for scooping, layer it onto grilled toasts or serve under smoky grilled lamb chops.

If lane isn’t available at your market, a good thick Greek yogurt also works, or make your own by letting plain whole milk yogurt drain for a few hours in the fridge (pour it into a cheesecloth-lined strained set over a bowl) to thicken it up. 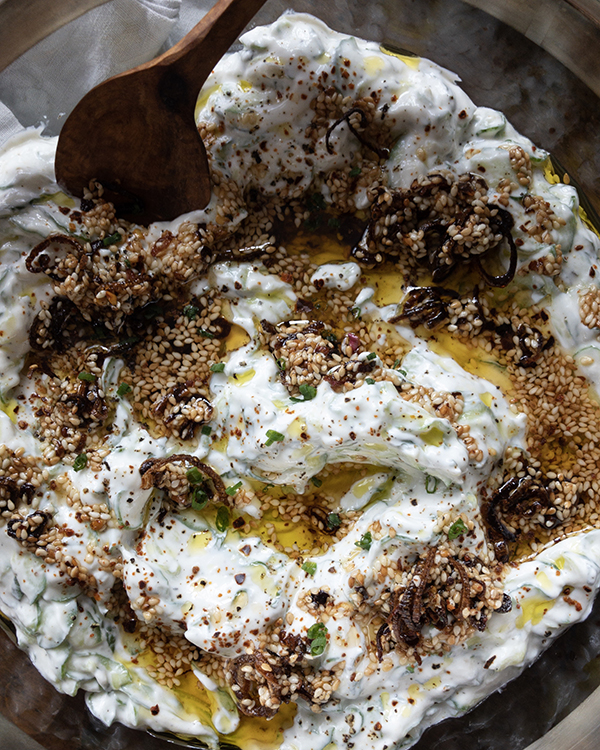