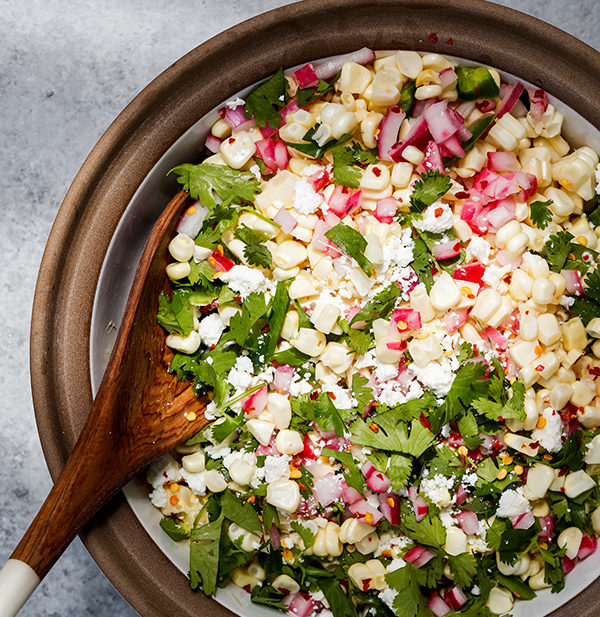 Fresh and crunchy raw corn is a beautiful canvas for summer salads.

Here, kernels just cut from the cob are mixed with bright pickled red onions, hot jalapeños, herbaceous cilantro, and salty cotija in a crazy mix of spicy sweet salty goodness. Once you’ve enjoyed corn this way, use this recipe as a template—add tomatoes or red peppers, toss in some avocado. Or use a shallot or garlic vinaigrette and add tomatoes, basil, and mozzarella instead of chiles, cilantro, and cotija. 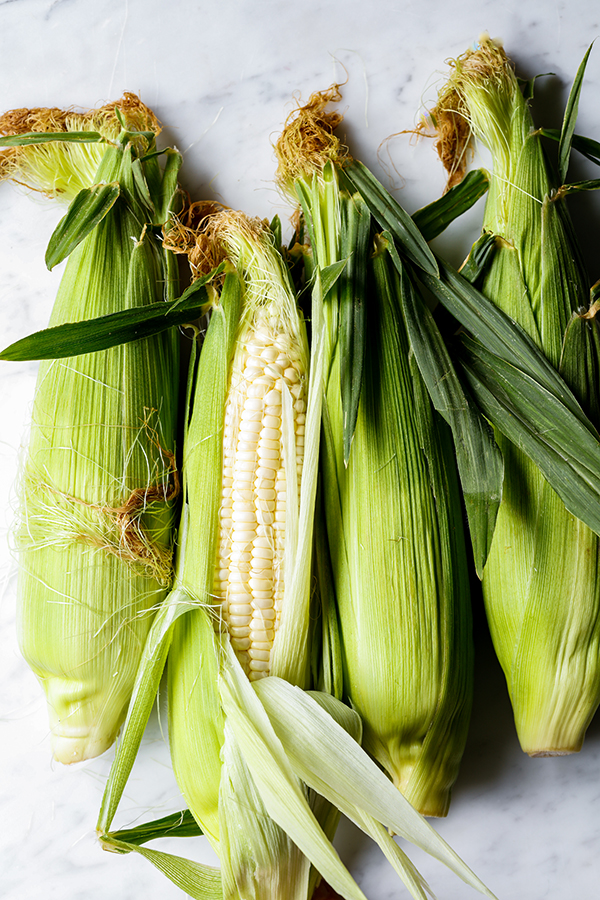 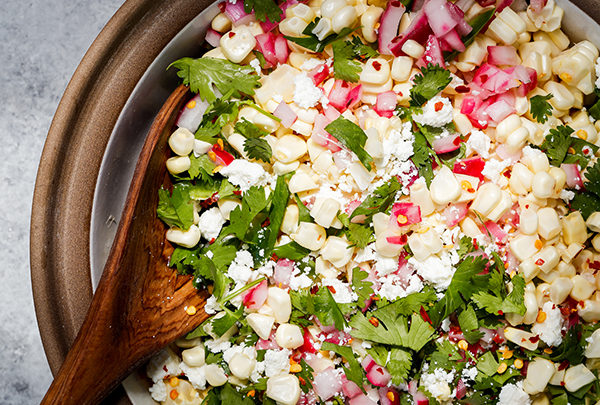 Corn Salad with Jalapenos and Cilantro

For the pickled onions