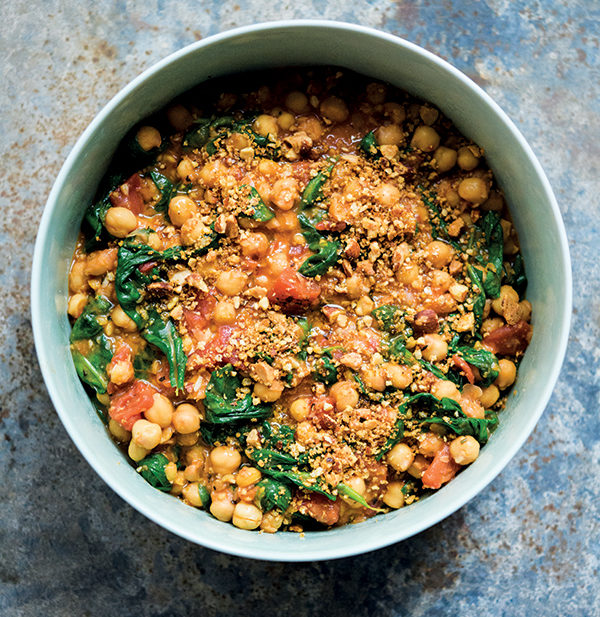 Don’t use baby spinach in place of mature bunch spinach. We found that bunch spinach became tender when wilted, but baby spinach turned mushy in the stew. Don’t drain all three cans of chickpeas. One is used with its liquid.

Editor’s note: This recipe comes to us from Milk Street Tuesday Nights, as does Sumac-Spiced Chicken (Musakhan) and Whole-Wheat Penne with Broccolini and Chèvre. 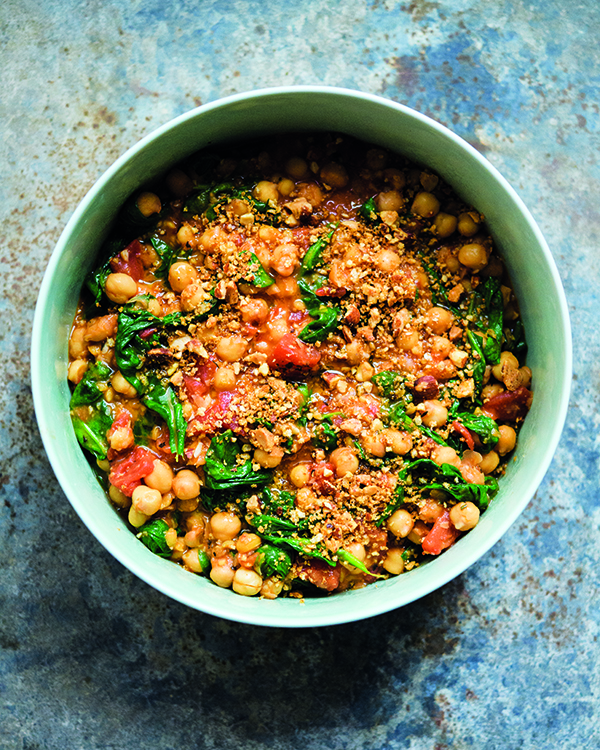