At the Farm on Fish Market homemade cinnamon rolls were always made and handed out as gifts to family and neighbors.

This recipe is a combination of recipes – my grandmother’s bread dough, my mom’s pie filling, and an old recipe from the school cafeteria! 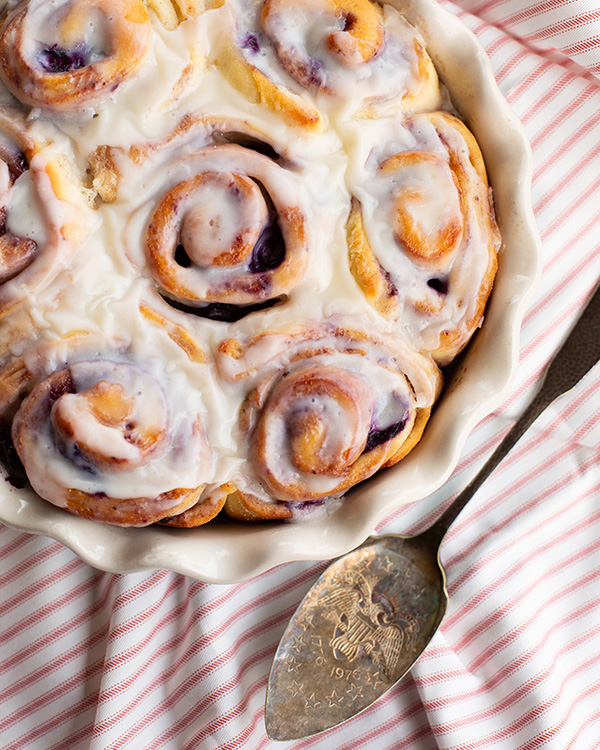 For the bread dough

For the blueberry filling

For the cinnamon rolls

For the cream cheese icing

For the bread dough

For the blueberry filling

For the cream cheese icing