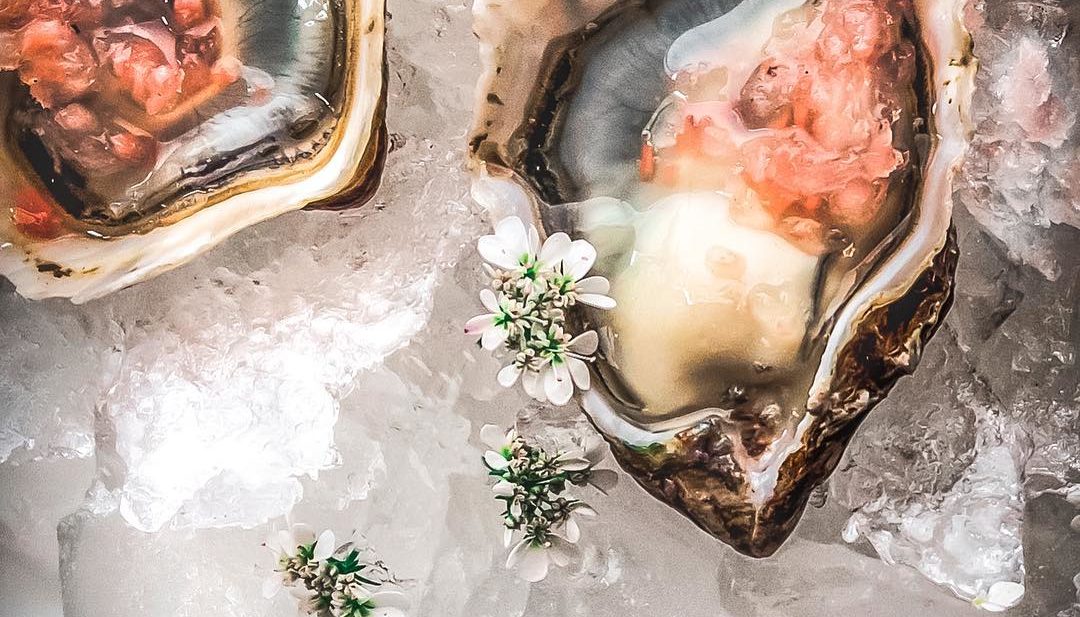 You are here: Home / Home Cooking / Which Oyster Is Which? Sorting Oyster Types

Then Bluepoints and Wellfleets and Totten Inlets started showing up on menus and at fish counters. It would be easy to think the world was awash in oyster species. Alas, all those oysters with all their different names boil down to just a few species we cultivate and eat. Learn what those differences are below.

These popular oysters are also called Bluepoints and Wellfleets and Malpeques and Beausoleils—yep, all of those are the same species. Their differences come from where and how they’re grown. Atlantics are grown and harvested up and down the East Coasts of the U.S. and Canada, as well as in the Gulf of Mexico and even on the Pacific Coast, making up as much as 85% of oysters harvested in the U.S. and Canada.

About the whole multiple-name thing… “Bluepoint” is often used as a generic term for Atlantic oysters, but true bluepoints were first found and are now grown in Long Island’s Great South Bay. Similarly, “Wellfleets” come from Wellfleet Harbor in Cape Cod.

Atlantics tend to have a smoother shell than most other species. They are less creamy than Pacifics or Kumamotos, but softer than European Flats. They are delicious on the half-shell and can stand up to strong or spicy sauces. Their distinctive oyster flavor also makes them good for broiling, using in chowders, or other cooked preparations.

These smooth-shelled, meaty wonders are also known as Belons. That is a bit confusing because not all European flats are Belons, which must be raised in the Brittany region in northwest France. European flats also show up on menus as fines de claire and Gillardeau. European flats used to be pretty much the oyster harvested and eaten throughout Europe. They were also more or less only available there, forcing fans who love their firm—some might even say slightly crunchy—texture and sharply mineral flavor to invest in a trans-Atlantic flight. Luckily, oyster farmers in places such as Nova Scotia, Maine, and Washington are adding European flats to their stocks and these bivalves are more widely available in the U.S. and Canada.

European flats are classically served with thin slices of rye bread and butter, as well as a mignonette sauce which couldn’t be easier to make: combine a minced shallot, about 3 tablespoons champagne vinegar, and plenty of black pepper.

For many reluctant eaters, Kumamotos are the gateway oyster. So small and sweet. A little bit creamy, with a nutty edge. They have deeply fluted shells, with sharp points and edges, with a corresponding deep cup-like shape to hold the oyster after shucking.

Kumamotos were once thought to be small versions of Pacific oysters, but they are their own species. They are named after Yatsushiro Bay in Kumamoto Prefecture, Japan, where they are believed to have originated.

These sweet lovelies are widely grown on the Pacific Coast of the U.S. and Canada, as well as in Japan. Kumamotos spawn later and in warmer water than other oyster species, letting them stay edible well into summer months in many areas.

Their mild flavor makes Kumamotos perfect for eating on the half-shell, with just a delicate spritz of lemon. For those who like spice, a drop or two of Tabasco is a better choice than cocktail sauce, which overwhelms these dainty specimens.

As small as Kumamotos are, Olympias are even smaller. The only oyster native to the Pacific Coast of the U.S. and Canada, these sweet, metallic oysters were almost wiped out in the nineteenth century by sheer force of their popularity. They were even believed to be extinct from some habitats, such as the San Francisco Bay, but have made returns. Active restoration projects in the San Francisco Bay and Puget Sound are reestablishing wild populations, which are a valuable part of those ecosystems. Olympias for sale, like all oysters, are cultivated in oyster farms, which are a highly sustainable form of aquaculture.

There is a similar species, Ostrea conchapil, that grows further south on the Pacific Coast—as far south as Baja.

Olympias are so small and sweet that they really shine when served on the half-shell. Like Kumamotos, they are easily overpowered by any sauce, to be judicious. Their small size and mild flavor means they can also work well in chowders or soups where a more delicate oyster flavor and whole oysters make sense.

Marin miyagi oysters with kimchi migmonette back to the menu from 5-6pm.

Pacifics are the world’s most cultivated oyster, popular in Europe, the Pacific Coast of the U.S. and Canada, and Asia. As with Atlantic oysters, Pacifics are usually named after the body of water in which they are grown. Fanny Bays and Miyagis are but two well-known examples.

Like Kumamotos, Pacifics have sharp, fluted, pointed shells filled with comparatively small and sweet oysters. While small compared to Atlantics and European flats, they are bigger than Kumamotos or Olympias, and so work well for grilling, broiling, and other dishes along with being served on the half-shell.

Also known as New Zealand rock oysters, these oysters are native to Australia and New Zealand. They are smaller than Pacifics, grow slowly compared to other oysters, and are extremely delicate. You will likely need to be in Australia or New Zealand to taste them.