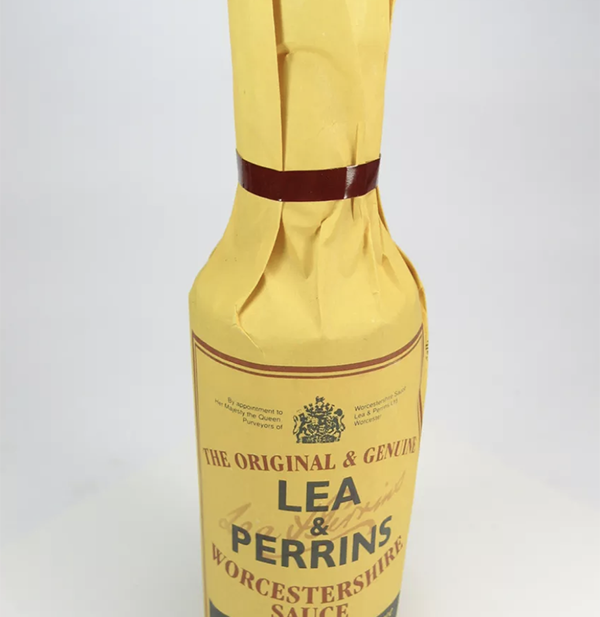 I’m a little unclear on what could possibly be more fun than dipping samosas or pakoras in tamarind chutney. Dips are fun! However, yes, I do like tamarind in a number of other applications. If you want to broaden your range very easily, tamarind is quite good stirred up with a chili paste or sauce (try it with different ones like sambal oelek or sriracha) to add complexity to both. That takes tamarind in a southeast Asian-ish direction, in case you want to dip a broader range of freezer things in it, like, say, lumpia or chicken satay or a dumpling of your choosing.

In general, tamarind makes a great secret weapon in a lot of places where you need a tangy, sweet-sour note but want something a little deeper, darker, and thicker (both in taste and texture) than, say, citrus juice—barbecue sauces, glazes, that kind of thing.

As an illustration of this principle, probably the one place most American eaters are ingesting tamarind—unbeknownst to them!—is another secret flavor weapon: Worcestershire sauce. That’s right, our old friends Mr. Lea and Mr. Perrins, who were drugstore owners in Worcester in the early nineteenth century, originally made up the sauce to try to mimic a flavor-enhancing sauce a local aristocrat had enjoyed during his colonialist stay in Bengal, hence the tamarind, a common Indian ingredient. Originally, the mixture was way too strong and tasted terrible, but according to legend, Lea and Perrins chucked it in a cellar and forgot about it for a couple of years, in which time it fermented and—like other fermented, fish-based sauces, such as the Roman garum and Vietnamese nuoc mam—became actually tasty. (Worcestershire sauce’s much better known not-so-secret ingredient is anchovies.)

I’d be very interested to know where a pair of nineteenth-century chemists were getting tamarind, which grows in pods on trees in the tropics. Maybe it was in some oldy-timey, apothecary-style medicinal concoctions? Or maybe the lord brought some back. In any case, the tamarind pulp that makes up concentrate is scraped off the inside of the pods. In looking up this info, I was very interested in the ingredient’s connection to British imperialism. I learned that Worcestershire sauce for the American market has about three times as much sugar as the British version and became tempted to make my own (recipes abound on these internets), which is obviously a little more of a…project than I think you’re asking for. Indeed, it’s the very kind of ambitious DIY cooking that makes tamarind concentrate a prime candidate for being one of those forlorn pantry ingredients you bought for one thing that then sits there on the shelf, the imprint of that single teaspoon you used in 2012 still dented into its dark, almost inky surface.

Let’s back up to discuss what kind of tamarind readers are getting. I suspect most people have bought concentrate, as you mention, which is very thick and, not surprisingly, intensely flavored. It’s also smooth, which is a very nice quality; though it’s thick, it will melt and blend into liquids. Tamarind paste can vary in how much it’s strained. Sometimes, though less often as tamarind has become a more popular ingredient in American cooking, I’ve seen blocks of the tamarind pulp that still have a bunch of fiber and sometimes seedy bits embedded in them. You’ll have to work a little harder to get that sour flavor out of it: soaking to soften in boiling water, then pushing it through a fine-meshed (and very sturdy) sieve to separate the pulp from all the fiber.

Let’s assume, however, you have some concentrate or nicely strained tamarind. One thing that will use up a bunch of it and offer a lot of refreshment as the hot season approaches is to drink it! In Mexico, tamarind is a common flavor of agua fresca and bottled sodas; a less sweet home version of the latter made with seltzer would be a nice spin, or you can give lemonade or limeade an extra jolt. One of the best cocktail memories of my life was the tamarind whiskey sour I had at Pok Pok in Portland. (It didn’t hurt that I was on a much-needed and very fun getaway weekend and that all the food I ate after that drink was absolutely banging.) I’ve made them at home shaken with egg white to get a nice bit of foam on top (I am a sucker for a foamy drink), or in a simpler version without for a drink you can make in big batches. I haven’t played around much with tamarind in desserts, but it’s big in Mexican candy and I can imagine translating that into, say, a sorbet or popsicle. I’ve seen (but not tried) tamarind-date cake recipes, too. If you try something you like, please let me know!

To return to dinner ideas, tamarind is essential to pad thai—which I know is such a takeout staple now that it’s easy to overlook making at home, but it’s an easy stir-fry and you can really bump up the vegetable count and maybe ratchet down the sugar to make it a little more healthful at home. Green papaya salad is another spot where tamarind lends a sour hand, and, by extension, you could use it in any kind of salad dressing or stir-fry sauce where you want that kind of complex punch. In general, it’s really nice with seafood—think added to steamed mussels with coconut milk and shallots, or drizzled in an earthy chile sauce on fish tacos, or in a shrimp salad with lots of aromatic herbs and cucumbers and cherry tomatoes and the crunch of popped spices, or as a dipping sauce for a crab feast.

I’ve now come full circle, all the way back to dipping things. But I hope you at least have a wider range of things to dip!