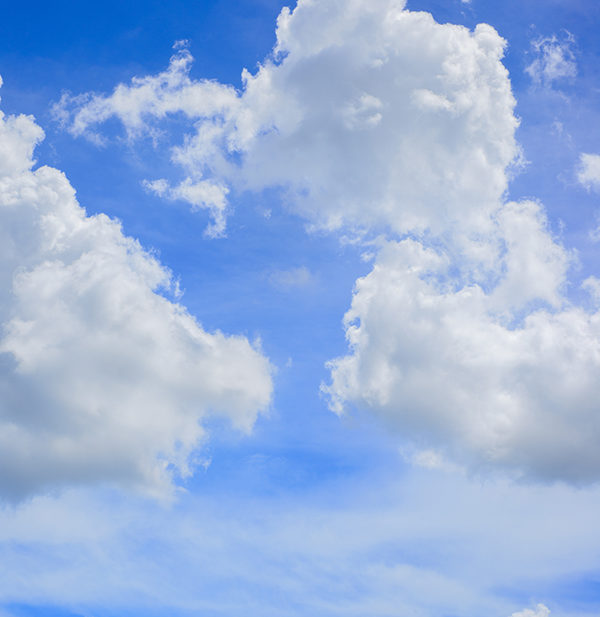 Dear Kitchen Witch —
I’ve got a pressing problem! I live in Florida where the humidity in the summer is fierce and wreaks havoc on my kitchen. I made a phyllo tomato tart last weekend- and luckily it went quick while it was crisp because one hour later, the last piece was limp. Crackers are chronically chewy. Last month, I made a spicy pumpkin seed brittle… that refused to stay brittle. Blueberry-peach crisp? Not so crisp. I’ve tried turning the AC up to counteract the humidity (at least while baking). I’ve tried low, slow temperatures to dry things out. Are my dreams of crunchy summer cooking just doomed?

Signed,
Soggy in the South

Honestly, you’re asking very much the wrong person. I live in Sacramento, where the unofficial city motto is “but it’s a dry heat!” I confess this problem isn’t one I’ve had to contend with much, though I did spend a few summers in Washington, D.C., melting and thinking I had died and gone to some kind of very sticky hell. I mostly coped by eating foods in frozen forms, as I recall, but then I was college-aged.

Having little experience with this question myself, I decided to call up someone who does to try to get some insight: Gregory Cohen of Lofty Pursuits and Public Displays of Confection. He makes hard candy—and viral candy-making videos—on Victorian equipment in Tallahassee. Humidity is a notorious enemy of candy, which can get sticky at the drop of a hat, so I figured he might have some insights about working with finicky ingredients in high humidity. Cohen seemed rather bemused to hear from me but kindly talked to me at length about candy making in Florida (and threw in a lot of fascinating tidbits about candy trends around the country, juggling, and more). He couldn’t tell me exactly how he makes his gorgeous candy creations in high humidity. He likened it to asking a champion juggler to explain how he keeps all the balls in the air; he just does it. But Cohen did have a lot of tips that I think you and other readers can apply to your home kitchen.

The first one: work fast. The more time anything spends in contact with the damp air, the damper it will get.

Once things are cooled, put them straight into a ziplock plastic bag or a sealed container. If I were you, I think I’d invest in a whole kitchen storage system for crackers, pastries, candies, cookies, and anything else you might make or buy that you want to stay crisp. Cohen recommends Tupperware or other plastic storage with a gasket, mason jars (also the kind with a gasket) or other glass containers if you’re leery of plastic, or—for the big stuff—those big buckets with snap-lock lids. And here’s the real pro tip: get food-safe desiccant packets. Yep, just like the ones that come packed in a brand-new purse, except food grade. When you put something in a bag or bin, throw in a pack or two (Cohen uses one desiccant pack per approximately three ounces of candy). If you’re using the desiccants in a ziplock bag, don’t expel all the air from the bag; you want it to circulate a bit so the desiccant can work. Obviously, anything needs to be cooled completely before you store it or you’ll be working against yourself.

Next, think strategically about what you’re making on really humid days. Cohen said that he doesn’t make taffy or pulled candies (which incorporate air) when Florida mugginess cranks up but instead makes drops, which are solid and have less surface area susceptible to the atmosphere. Brittles, which you mentioned, often introduce air around the nuts and also have a lot of thin, crunchy surface area. (Some also have leavening that makes them airy.) If you let them set more thickly, then break it up with a mallet right before eating, you may get a better crunch.

Choosing wisely applies to pastries and cookies and other baked goods, too. For instance, thin, layered phyllo is probably the pastry most likely to sog in damp air since it has air in between every (once) crisp sheet. A high-fat shortcrust pastry has a different type of texture—crumbly and buttery rather than paper-thin and flaky–but it’s likelier to retain its structural integrity and still makes for a pleasing pastry. For something like a crisp topping, think of getting the crunch from nuts rather than anything flour-based, but also recognize that the moisture in the fruit filling is going to be assaulting the crunchiness from below as well as the humid air attacking it from above, so crisps and fruit pastries are a kind of double jeopardy.

In general, I’d look to items that get their crunch more from fat than from their underlying carb: flour absorbs water, fat repels it. To test this out, I just put a potato chip and a pita chip in a literal bowl of water and set a timer for one minute. The potato chip was crunchier at the end. (Science!) When you’re shopping, go for things that are thicker and sturdier (less air and surface area): kettle chips instead of Lay’s, Ry-Krisp or Triscuits instead of delicate water crackers, and so on.

The more solid and snappy your ingredients or foodstuffs are to start, the less likely they are to absorb atmospheric moisture and wilt. Cohen mentioned, for instance, that the quintessential southern candy is the praline. Buttery, sugary, and packed full of nuts, a well-made praline sets with an outer crust that’s not particularly susceptible to moisture. There’s a reason they’re made in New Orleans. I know the meltaway sugar crust of a praline might not be the snappy crunch you’re looking for, but it’s delicious all the same.

Speaking of brittle in particular, if you’re making any kind of candy or sugar-based recipe on a hot day, Cohen advised trying out cooking the syrup to a couple of degrees higher than the recipe specifies. If that doesn’t work, he says, try it a couple of degrees higher the next time. Likewise, baking pastries a little longer might set them more firmly, leaving less water as the base and enabling them to stand up a little longer.

You mentioned cranking the air conditioning to try to combat wilt. That seems intuitive, but depending on how powerful your air conditioner is, it may be making the problem worse. Moving air around can make sogginess worse: the moving air, after all, has those tiny humid droplets in it, so even though air conditioners have an overall dehumidifying effect you might be blowing cool—but ultimately damp—air right onto your precious, fragile crusts and brittles. That goes double for fans, which might seem like they’d cool and set candy or baked goods more quickly but move around the moist air and cause it to settle.

The atmospheric temperature differential can be important, too. Cohen mentioned that when it’s humid it’s actually best for him to make candy in a room that’s warmer than it is outside. He actually has an employee that comes in to make candy at night, when the AC has the inside air at around 77F and outside temperatures are in the lower 70s. If there’s cold air inside and it’s 90F outside, he says, the humidity hits the cold air—and condenses right onto the food in question. He also says he tries not to make candy in the afternoon when thunderstorms tend to hit and mugginess peaks: get as far away from that time of day as possible, whether you’re decanting crackers into jars or making a batch of lemon drops on Victorian equipment.

If all else fails, meet your crunch cravings with celery and ice cubes?