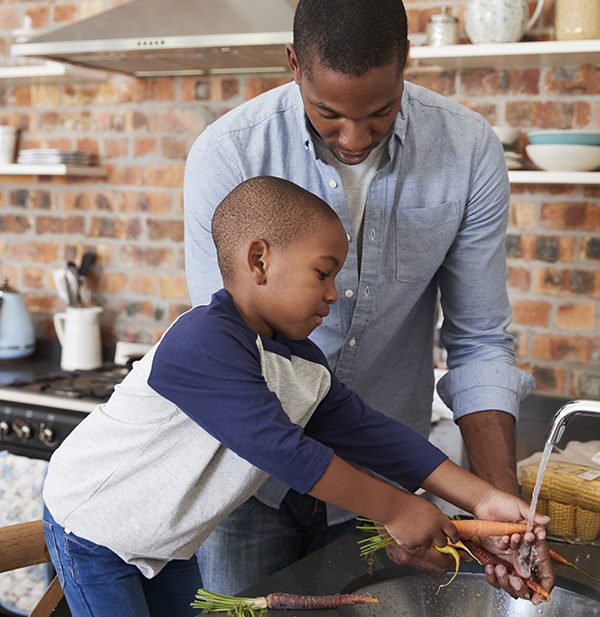 I’m delighted the kids are back in school, but I’m also dreading my least favorite part of the weekday routine: packing lunches. I see all the cutesy ideas on Pinterest, but who has the time or energy for that? My kids are kind of picky, though aren’t all kids? (But seriously, one hates sandwiches. Who hates sandwiches?) Anyway, I’m out of ideas for things that are reasonably healthy that they’ll eat. What are your best lunch ideas?

Writing as a person who, as a child, hated sandwiches, I feel your pain and I also retroactively feel the pain of my mother. Actually, it wasn’t the sandwiches I hated so much as I hated two essential elements of most school-lunch sandwiches: peanut butter and mayonnaise. I’m sure my mother was at her wit’s end, though one day she or I (I forget which) learned that we could be putting butter on sandwiches instead of mayo, and then we were in business. I never did really learn to like peanut butter, though now at most schools that would be a moot point.

My top tip for school lunches is this: Make your kids do it. This won’t work until they are of a certain age. You’re probably stuck with the task until the end of, say, first grade, and you may still be using the sharp knives to cut apple slices or whatever for another year or so longer, depending on your kids and their fine motor skills. Even in the earliest years, you can get them putting goldfish crackers in a bag or a similarly simple task. Transitioning them to making them pack their own lunches is a fantastic way to relieve you of a chore that is basically pure thankless drudgery, give them a sense of responsibility and ownership, and hopefully increase their interest and capability in the kitchen. I also sweetened the pot with a bump in allowance when they started doing this job.

Learning to feed oneself is a key element of being a successful human, so teaching this skill early is a parenting twofer: you don’t have to do the boring thing and they get to learn. The other beauty of this system is that I also find myself 100% less concerned about or caught up in the question of how much my children ate of their lunch when I don’t feel like my labor is being wasted. I started both my kids packing their own lunches in second grade if memory serves, and it was much like potty training and many other parenting tasks in that I suffered through an intense period of supervising and teaching something kind of dull, but after that broke through to glorious freedom.

Critical to this endeavor is setting limits and expectations, obviously, around what they can and should put in that lunch, and providing items that they can pack easily. Kids tend to like routine and probably need less variety and interest in their lunch than, say, I would prefer. You can set their expectations fairly low in the early years when you’re still the main lunch packer The options are endless, but my kids have pretty much settled on a basic pattern: one typically takes leftovers from dinner (I’ve slowly upped the amount I cook to accommodate this habit) and the other usually takes a ham or turkey sandwich, apples or baby carrots, and a small bag of crackers, nuts, or something else that’s snack-y. That kid goes in phases. Sometimes she has a roll-up of a tortilla spread with cream cheese with sliced turkey, for instance. For sandwich haters, you can keep on hand hearty dips (hummus, for instance), whole-grain crackers, cut-up vegetables, salami, string cheese, various cut-up vegetables, fruits, and so on. In a pinch, when the cupboard is relatively bare, I’ve been known to suggest that they bake a frozen pizza or boil some pasta in the morning for something to take.

I’ve set the expectation that they are not taking cookies or candy in their lunches (we relax this for a few days after Halloween) and I try not to keep around snack foods that I would have to police heavily. That way, I don’t have to be getting too involved in their food choices and I can give them a sense of real ownership that benefits us all.