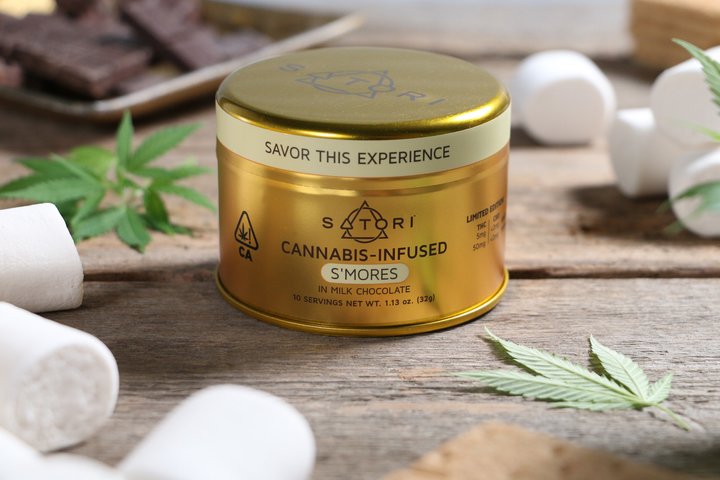 You are here: Home / FEATURED / Satori Cannabis-Infused Chocolate Edibles Reach New Highs with Passion for Both Cannabis and Food

Cannabis remains controversial and shrouded in a cloud of outdated perceptions, but as the smoke clears, many consumers are becoming intrigued with edibles.

That’s in no small part due to the sophistication of manufacturers like CannaCraft, a company that promotes both health and happiness.

“We’re driven by epicurean sensibilities and passion for both cannabis and food,” says Elise McDonough, an eighteen-year veteran of the cannabis industry, who authored Bong Appétit and The Official High Times Cannabis Cookbook before becoming brand manager for CannaCraft’s confections department.

She brings true connoisseurship to her explorations of the rich intersections of cannabis, wine, and food, which she describes as a Venn diagram of shared language.

“Cannabis has actually been proven to make food smell and taste better, so if you’re pairing a nice strain and the flavors match with the flavors in your food and wine, there’s a lot you can do there to complement and enhance the experience of dining.”

It might be just a couple of the Satori chocolate-covered almonds with which McDonough will end a meal.

Like all the Satori chocolates, they feature carefully measured microdoses of THC and CBD to allow a consumer to choose their high.

But her company takes a unique approach in marketing their chocolates as ingredients for homemade goodies, ensuring customers’ success in the kitchen by featuring recipes from leading chefs in the cannabis culinary movement.

Most of the glorious, celebration-worthy desserts found on the Satori website employ the company’s chocolate-covered strawberries, blueberries, and nuts as garnishes or add-ins, so a celebrant can enjoy a full slice with no worries about falling asleep at the party.

Chocolate, as it turns out, is the ultimate vehicle for appealing cannabis edibles.

The flavors and effects of the botanical cannabinoids (THC and CBD) mingle in symbiotic interactions with chemicals the cacao bean brings to the recipe.

It’s because of that affinity that CannaCraft employs such experts as Matt Kulczycki, a credentialed pastry chef, whose previous position with bean-to-bar production on Thomas Keller & Manni Chocolates’ K + M Extravirgin Chocolate line brought him into a collaboration with Armando Manni, a Tuscan producer of super-antioxidant extra-virgin olive oil.

That experience resonates in Kulczycki’s current role as CannaCraft’s production manager even as the company’s high laboratory standards are effectually set by the U.S. Bureau of Cannabis Control due to medicinal classifications and fact that some cannabis industry products are taken in via smoke to the lungs.

“It’s so hard to source product for our industry because of the pesticides and heavy metals that we’re checking for,” he says.

“The FDA allows heavy metals at 1.5 parts per million [in food], but for cannabis, it’s .5 per million. It doesn’t matter if it’s for edibles or for smoking, it’s across the board.”

One would think that organic fruit from California would meet that test for the Satori chocolate-covered dried strawberries, but Kulczycki says, no. “Because strawberries are porous, they pick up everything, so if they are grown in California, there is still some level of pesticides from air blow.”

The berries they source from the Italian Alps benefit from cleaner soil and cleaner air for drying the berries. “I only want to make something if it’s clean enough that I can give it to my grandma,” he says.

Pre-Covid, Kulczycki traveled the U.S. to learn about regional techniques and flavor profiles, and he says it was a work assignment in Florida, when he fell in love with the flavor of the key lime, that led to CannaCraft’s ABX and Care by Design brands’ key lime gummy.

Kulczycki is just as likely to mine his own happy memories, such as for the popular Satori S’More Bites.

“Who doesn’t like a nice s’more and remembering those happy times when you were outside camping? Now, without being able to leave the house, more than ever, we want to remember those happy times.”