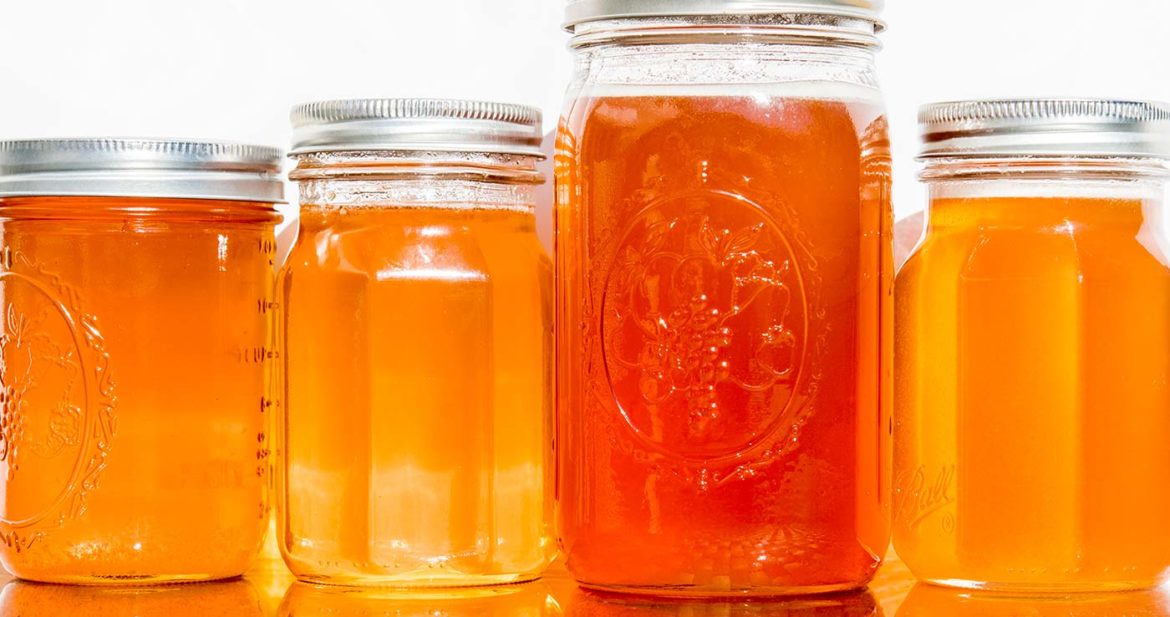 You are here: Home / EDIBLE STORIES / Health from the Hive

The first recorded prescription for honey, according to The Beekeepers Bible, was found on a 4,000-year-old Sumerian clay tablet discovered in the Euphrates Valley. And there is other ancient historical evidence for medicinal uses of honey. A fragment of an Egyptian papyrus document, dated about 1550 BC, suggests 147 ways to cure external ailments; honey is prescribed for 102 internal maladies. Wounds were commonly treated with honey in ancient Egypt, Assyria, China, Rome and Greece. In Greece, Hippocrates, the father of modern medicine, recommended honey for sores, carbuncles and ulcers, and suggested that honey be included in a healthy diet to relieve pain, thirst and fevers.

How many of these ancient remedies hold up to current modern medical understanding? Today, the field of apitherapy—using products from the beehive for health—is commonly understood in the U.S. to reside more in the holistic realm of medicine. Honey is, however, commonly used in Europe and New Zealand as an effective antibacterial for the treatment of wounds.

Some evidence shows that powerful antioxidants in honey remove free radicals that are linked to disease. Other studies have shown that the elevated pH level (acidity) in honey is what helps prevent the growth of bacteria, both within the hive and in humans. There is clinical evidence to suggest that honey’s known osmotic properties (the drawing out of fluids) kills bacteria because bacteria need moisture to grow. Honey acts as a protective barrier to prevent infections. Patients with chronic wounds resistant to healing who are treated with this ancient remedy have shown better outcomes than patients treated with standard antibiotics. Antiseptics and antibiotics which failed to eradicate infections in wounds infected with MRSA (Methicillin-resistant Staphylococcus aureus) have been treated by honey in German and New Zealand studies. While initial results are impressive, more research needs to be done to establish conclusive proof.

In December, a fellow beekeeper in Michigan told me that he has recently started a small side business for fellow Michiganders who want to be stung by his bees. I thought that sounded farfetched. But bee venom therapy (BVT), it turns out, has a long history in European, Eastern and Asian medical practices. There’s not enough evidence yet in Western medical literature to prove or disprove claims being made for bee venom therapy as possibly effective for arthritis, viral infections like shingles, bacterial infections like Lyme Disease, or autoimmune disorders like multiple sclerosis. The Beekeeper’s Bible reasonably advises us beekeepers not to place our bees on people to sting them. If something goes wrong, there could be unpleasant legal complications.

However, there is in fact one FDA-approved use for BVT when administered by a qualified practitioner in a physician’s office(—not in the bee yard! As it turns out, bee venom contains both melittin and apamin, which anecdotally has been shown to promote healing and anti-inflammatory responses for some individuals. Studies to prove these uses will be costly. But that’s not why BVT is prescribed in the U.S. today. For individuals who are allergic to bee stings, allergic to the point of anaphylactic shock, BVT can be prescribed. Medical-grade bee venom is 98% effective for preventing allergic reactions from bee stings when administered by a qualified medical practitioner.