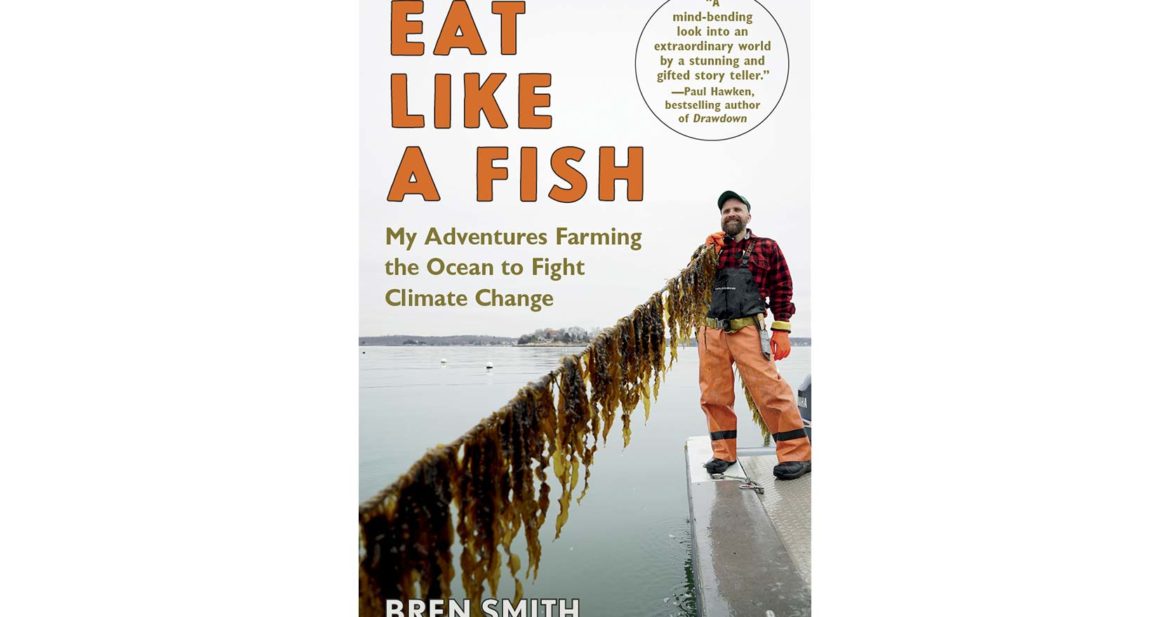 You are here: Home / EDIBLE STORIES / Eat Like A Fish

I am a restorative ocean farmer. It’s a trade both old and new, a job rooted in thousands of years of history, dating back to Roman times. I used to be a commercial fisherman, chasing your dinner on the high seas for a living, but now I farm twenty acres of saltwater, growing a mix of sea greens and shellfish.

I’ve paid my debt to the sea. I dropped out of high school to fish and spent too many nights in jail. My body is beat to hell: I crawl out of bed like a lobster most mornings. I’ve lost vision in half my right eye from a chemical splash in Alaska. I’m an epileptic who can’t swim, and I’m allergic to shellfish.

But every shiver of pain has been worth it. It’s a meaningful life. I’m proud to spend my days helping feed my community, and if all goes well, I will die on my boat one day. Maybe get a small obit in the town paper, letting friends know that I was taken by the ocean, that I died a proud farmer growing food underwater. That I wasn’t a tree hugger but spent my days listening to and learning from waves and weather. That I believed in building a world where we can all make a living on a living planet.

Fishermen must tell our own stories. Normally, you hear from us through the thrill-seeking writer, a Melville or Hemingway, trolling my culture for tall tales, or a Greenpeace exposé written from the high perch of environmentalism, or the foodie’s fetishization of artisanal hook and line. When fishermen don’t tell our own stories, the salt and stink of the ocean are lost: how the high seas destroy our bodies but lift our hearts, how anger and violence spawn solidarity and love. There’s more edge to fishermen—more swearing, more fights, more drugs—and we are both victims and stewards of the sea.

So this is my story. It’s been a long, blustery journey to get here, but as I look back over my shoulder, a tale of ecological redemption emerges from the fog. It begins with a high school dropout pillaging the high seas for McDonald’s and ends with a quiet ocean farmer growing sea greens and shellfish in the “urban sea” of Long Island Sound. It’s a story of a Newfoundland kid forged by violence, adrenaline, and the thrill of the hunt. It’s about the humility of being in forty-foot seas, the pride of being in the belly of a boat with thirteen others work­ing thirty-hour shifts. About a farm destroyed by two hurricanes and reborn through blue-collar innovation. It is a story of fear and love for our changing seas.

But, most important, it’s a search for a meaningful and self-directed life, one that honors the tradition of seafaring culture but brings a new approach to feeding the country among the wandering rocks of the climate crisis and inequality. As fishermen and farmers before me, all I’ve asked for is a job that fills my chest with pride, a working life that my people can write and sing songs about.

I still miss being a commercial fisherman. But that’s over now. Overfishing, climate change, acidification have forced me to change course. Now I have more in common with a kale farmer than I do with fishermen. My life is quiet, constant—working the same patch of ocean day after day for over a decade. I can’t hang out in the same bars: What fish tales would I tell? Would I swagger into the Crow’s Nest, turn up the lilt of my Newfoundland accent, order a stout, and tell a yarn about sea­weed? “There I was in fucking flat calm. Reached down with my gaff, hooked a buoy, and up came my kelp, glistening brown wide blades. Fifteen feet. Longest I’d seen it in years. Yes, b’y, it was something to see.” I’d be laughed out of the bar.

What is restorative ocean farming? Picture my farm as a vertical underwater garden: hurricane-proof anchors on the edges connected by horizontal ropes floating six feet below the surface. From these lines, kelp and other kinds of seaweed grow vertically downward, next to scallops in hanging nets that look like Japanese lanterns and mussels held in suspension in mesh socks. On the seafloor below sit oysters in cages, and then clams buried in the mud bottom.

My crops are restorative. Shellfish and seaweeds are powerful agents of renewal. A seaweed like kelp is called the “sequoia of the sea” because it absorbs five times more carbon than land-based plants and is heralded as the culinary equivalent of the electric car. Oysters and mussels filter up to fifty gallons of water a day, removing nitrogen, a nutrient that is the root cause of the ever-expanding dead zones in the ocean. And my farm functions as a storm-surge protector and an artificial reef, both helping to protect shoreline communities and attracting more than 150 species of aquatic life, which come to hide, eat, and thrive.

Shellfish and seaweed require zero inputs—no freshwater, no fertilizers, no feed. They simply grow by soaking up ocean nutrients, making it, hands down, the most sustainable form of food production on the planet.

My farm design is open-source and replicable: just an under­water rope scaffolding that’s cheap and easy to build. All you need is $20,000, twenty acres, and a boat. And it churns out a lot of food: up to 150,000 shellfish and ten tons of seaweed per acre. Because it is low-cost to build, it can be replicated quickly. Best of all, you can make a living: one farm can net up to $90,000 to $120,000 per year. 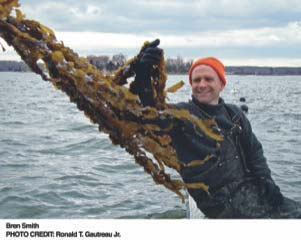 Finally, the model is scalable. There are more than ten thou­sand plants in the ocean, and hundreds of varieties of shellfish. We eat only a few kinds, and we’ve barely begun to scratch the surface of what we can grow. Imagine being a chef and discover­ing that there are thousands of vegetable species you’ve never cooked with or tasted before. It’s like discovering corn, arugula, tomatoes, and lettuce for the first time. Moreover, demand for our crops is not dependent solely on food; our seaweeds can be used as fertilizers, animal feeds, even zero-input biofuels.

As ocean farmers, we can simultaneously create jobs, feed the planet, and fight climate change. According to the World Bank, a network of ocean farms equivalent to 5 percent of U.S. territorial waters can have a deep impact with a small footprint, creating fifty million direct jobs, producing protein equivalent to 2.3 trillion hamburgers, and sequestering carbon equal to the output of twenty million cars. Another study found that a network of farms totaling the size of Washington State could supply enough protein for every person living today. And farming 9 percent of the world’s oceans could generate enough biofuel to replace all current fossil-fuel energy.

Excerpted from Eat Like a Fish by Bren Smith. Copyright © 2019 by Bren Smith. Reprinted by permission of Alfred A. Knopf, an imprint of the Knopf Doubleday Publishing Group, a division of Penguin Random House LLC.