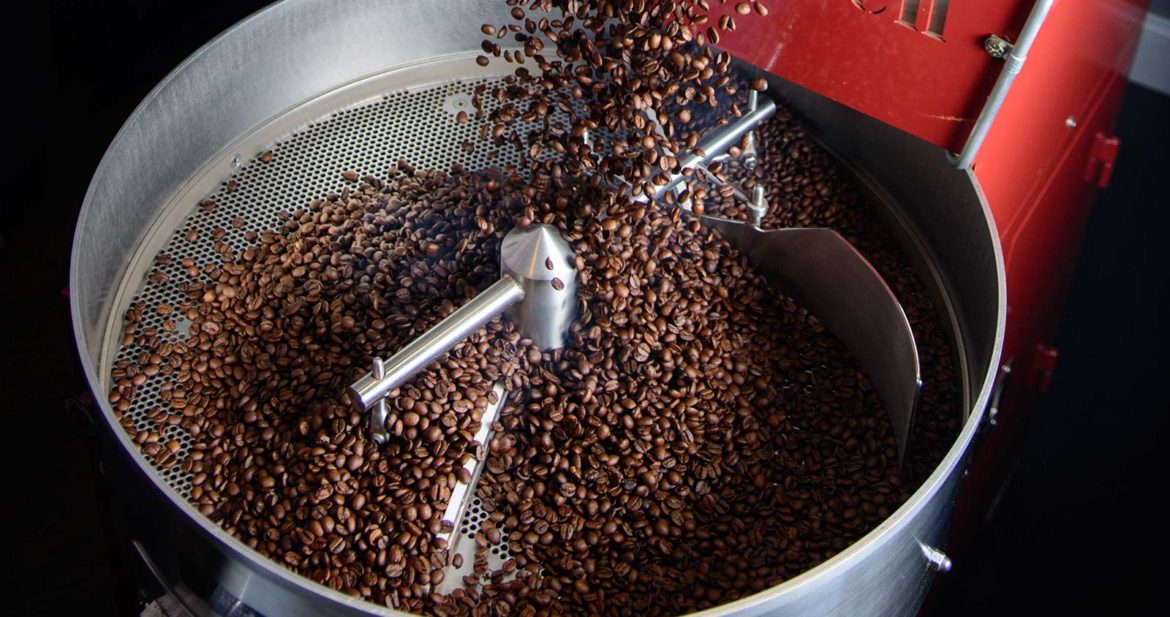 You are here: Home / Edible Communities / More Than A Roaster: Diedrich Roasters Makes a Global Impact From the Mountains of the Idaho Panhandle

Sometimes, the world’s highest quality innovations find places off the beaten path to hide. Such is the case with Diedrich Roasters, a coffee roaster manufacturer located discreetly in the Idaho Panhandle.

Despite its global influence and larger-than-life reputation, Diedrich remains headquartered in the mountains it has called home since the early 1990s. Specialty coffee roasters are utilizing the company’s machinery not only in the Inland Northwest but across the world. They’re trusting Diedrich with their beans for some very good reasons.

The story begins over a century ago in Costa Rica. There, Carl Diedrich’s mother inherited a small coffee plantation. Raised in the industry and trained to roast coffee in Italy, Carl went on to work in coffee his whole life, raising three sons — Stephan, Martin, and Carl Jr. — to do the same.

In 1980, the Diedrich men built their first prototype of a coffee roaster from scratch, and Stephan made it his life’s mission to perfect that original model. When Stephan and his wife, Becky, moved to North Idaho from California in 1993, they brought the roaster company with them, setting up shop in Ponderay.

Diedrich now tallies more than 7,000 customers across the world, being rewarded for its years of innovation and its legacy of being able to build roasters that produce consistent batches of specialty coffee. That legacy is now in the hands of Karl Schmidt, a 30-year veteran of the coffee and cocoa industries.

Schmidt joined Diedrich in the spring of 2019. Along with the shift in leadership has been a change in location. The original Diedrich Headquarters in Ponderay occupied several buildings, but the company recently consolidated operations into a single, state-of-the-art manufacturing facility just a couple minutes down the road from their original location. “That’s a new, huge thing for us,” Schmidt said of the new building. “Coming from where we were before and having everything, now, in one space — it’s more efficient.”

It’s the latest development for a company that has seen its fair share of change and growth over nearly four decades. But through it all, Diedrich’s quality has remained at the leading edge of the roasting market. For Elizabeth Steel of Smalltown Coffee in Crown Point, Indiana, Diedrich was the obvious choice for her roasting needs. For one, it was a brand she was familiar with, and secondly, she knew the Diedrich name wasn’t a flash in the coffee-industry pan. “We wanted a manufacturer that has stood the test of time,” she said.

FROM GREEN TO GROUNDS

Diedrich boasts “worldwide support from green to ground,” which is a tall order to fulfill. However, thanks to connections throughout the coffee industry, Diedrich has the means to guide roasters through the entire process with support and education. By emphasizing relationships with customers and always having someone on-site to answer questions, Diedrich has built a reputation for prompt assistance. “We think that is the biggest part of our success: we have trained people to provide answers,” Schmidt said.

Andy LaBolle of West Plains Roasters in Cheney chose Diedrich in part due to his proximity to the company’s headquarters and is thankful for the support he’s received since. “Their customer service has been a tremendous blessing,” he said. “They have always been eager to answer any questions or concerns we may have.”

Aaron Rivkin of Ladder Coffee in Spokane has experienced Diedrich going above and beyond firsthand. Before he could afford a roaster, Diedrich allowed Rivkin to roast on sample equipment to fulfill wholesale orders until he had the money to make the big purchase. “It showed me that they were willing to invest in us way before we could invest in them,” he said.

Rivkin ultimately went with Diedrich because he said the high quality of the machinery translates directly into the final result: the piping hot cup. “This produces a better cup of coffee for the end-user,” he said, “which inherently honors the farmer and producers who work so hard to make the coffee taste great.”

As far as the “worldwide” portion of the green-to-ground promise, Diedrich distributors can be found in 18 countries across the globe.

Sidsel Madshus of Lillehammer Kaffebrenneri in Norway has roasted more than three tons of coffee in her Diedrich IR-12 model roaster since its arrival in 2018. “We wanted the best, and feel we got the best,” she said. 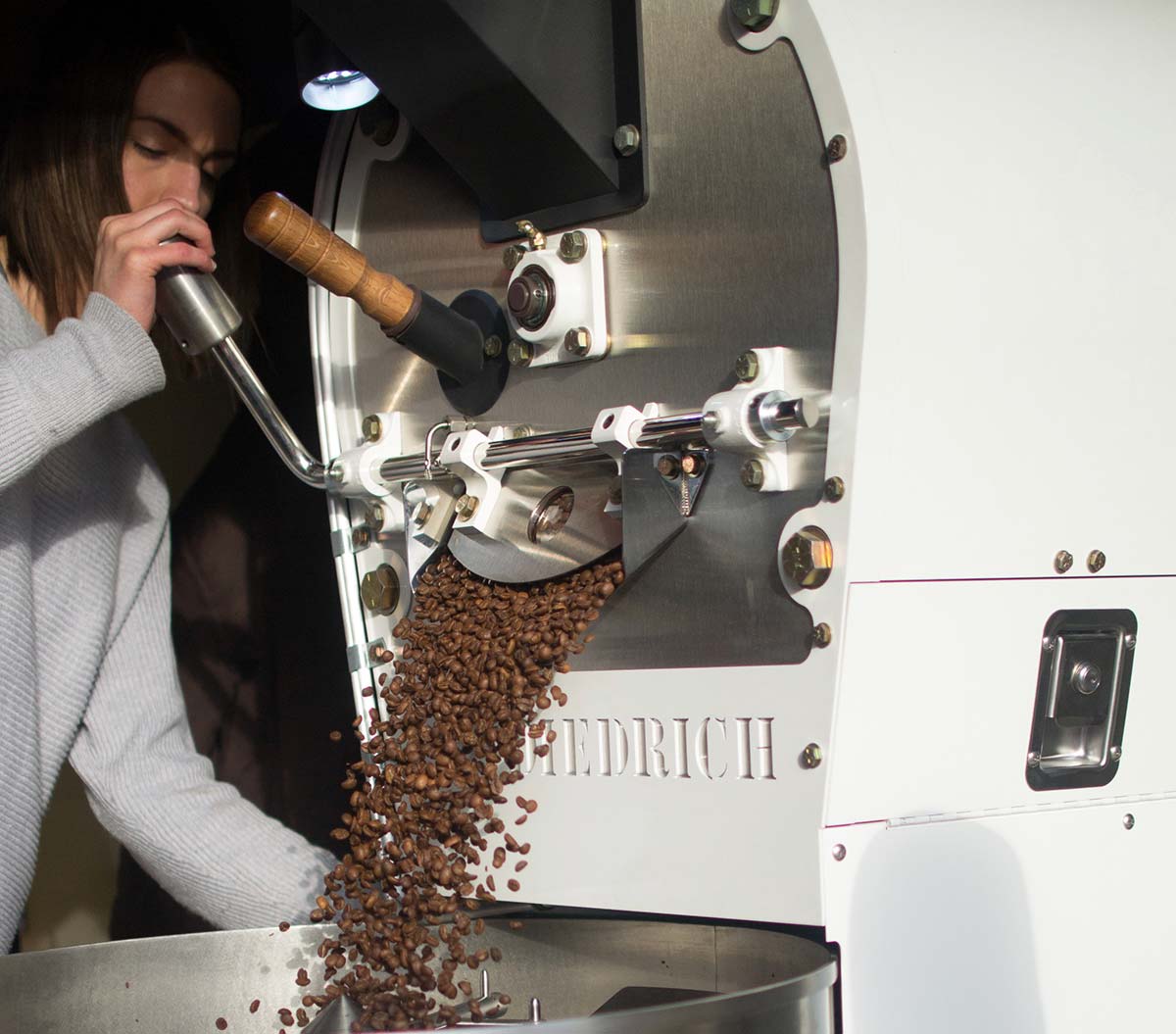 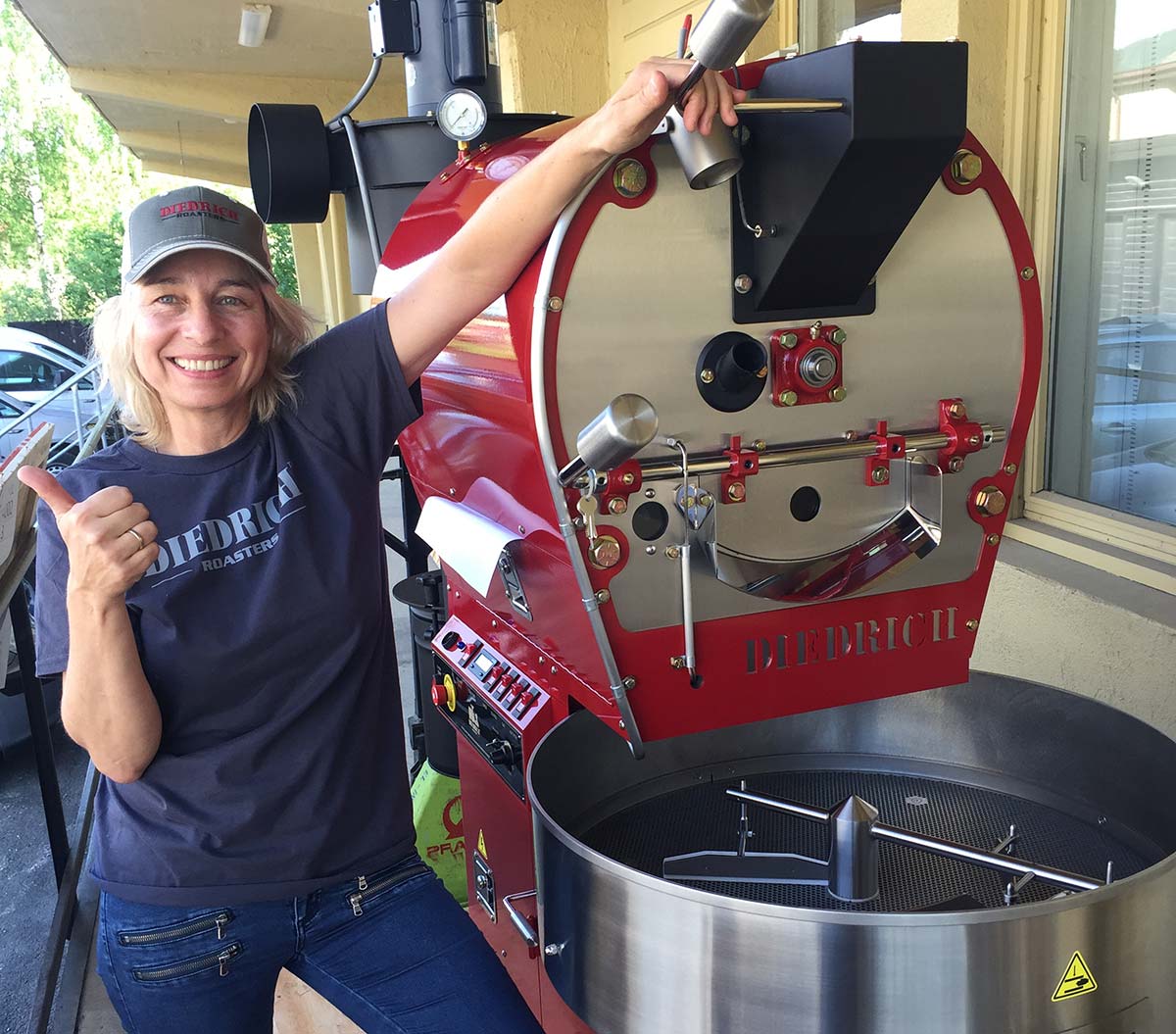 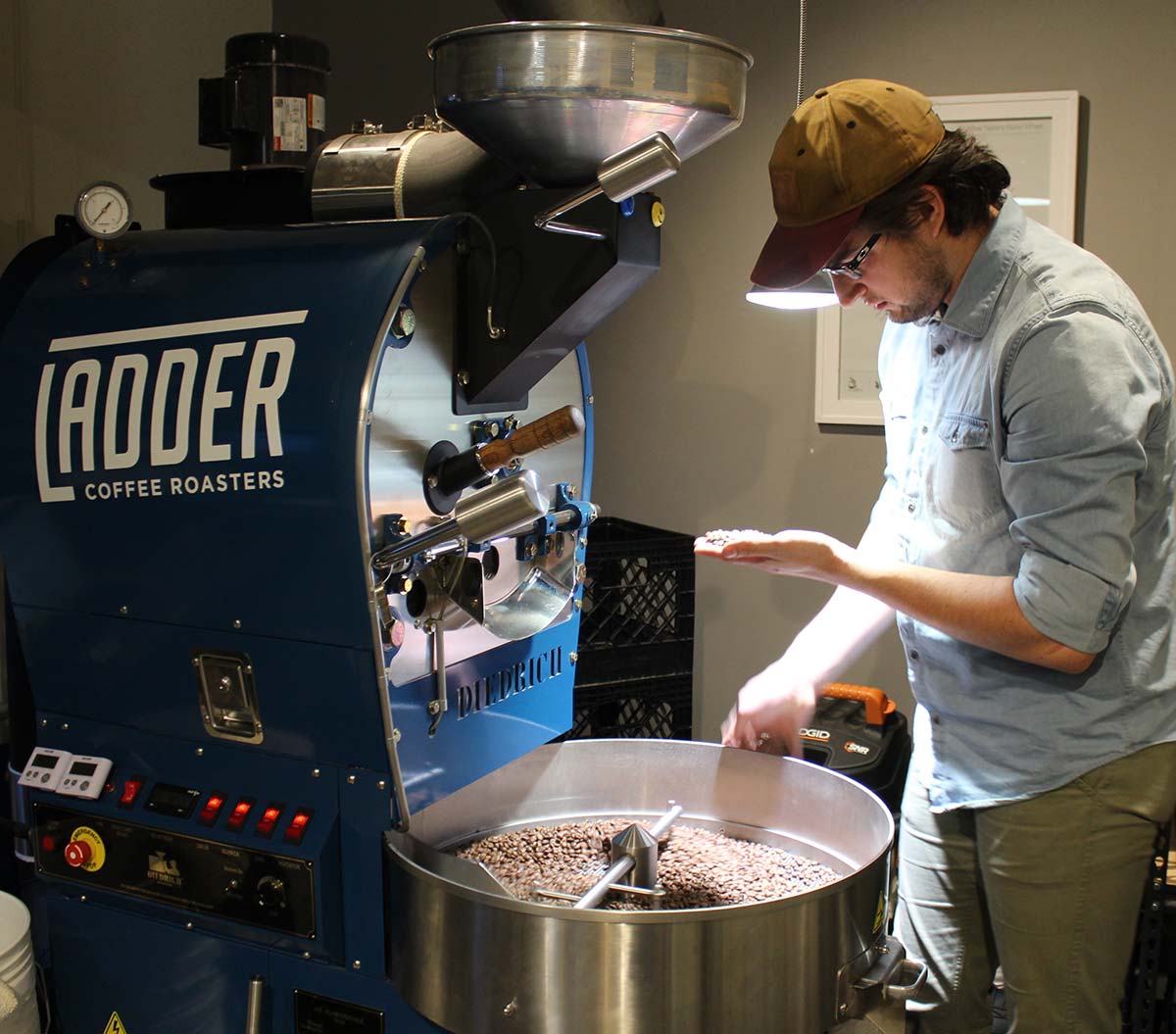 For Diedrich, supporting customers goes beyond just helping out when things go awry. Through classes ranging in topic from the basics of roasting, coffee origins, proper cupping practices and food safety, Diedrich offers a wide array of educational opportunities for those looking to succeed and improve in the specialty coffee industry.

“Those classes are filled with more than just Diedrich clients,” Schmidt said. “The educational experience provided is not Diedrich specific. Industry established standards are taught in creative methods for a highly individualized experience.”

LaBolle was able to attend a three-day roasting training at Diedrich. “I was thoroughly impressed with their level of knowledge and ability to simplify it for us as a class,” he said.

Diedrich is currently expanding its education programming to support larger roasters who are working in a more commercial capacity as well as helping smaller roasters to grow into new capabilities. “With the expanded focus on mid-size and larger roaster education, our offerings include a variety of business-focused content including food-safety classes and all necessary specifications to perform in the market,” Schmidt said.

With Schmidt at the helm and three decades of experience in the world of coffee behind him, Diedrich is entering new and exciting territory as a trusted name in roasting. But even with all the change, Schmidt said no one at Diedrich had lost sight of the humble beginnings and how its start helped make the company what it is today. “Their name is on the door,” he said of the family members that started it all. “We have a tremendous amount of respect for them.