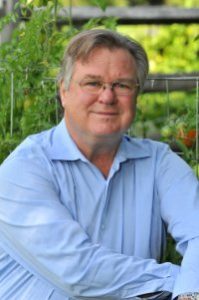 Keynote: Barry Estabrook is the author of Tomatoland: How Modern Industrial Agriculture Destroyed Our Most Alluring Fruit and Pig Tales: An Omnivore’s Quest for Sustainable Meat. Barry is also a A former contributing editor to Gourmet magazine. 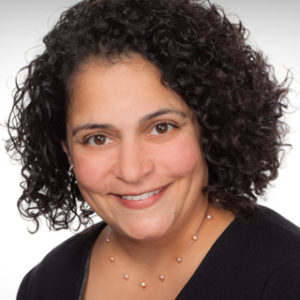 Urvashi Rangan is the Co-chair at Funders for Regenerative Agriculture (FORA) and the Chief Science Advisor for the Grace Communications Foundation. 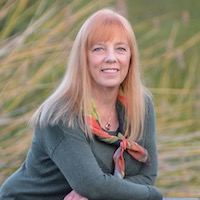 Marilyn Noble is a freelance writer for New Food Economy and has written hundreds of articles about everything from aviation to food and agriculture. She’s also the author of The Essential Southwest Cookbook, Southwest Comfort Food: Slow and Savory, Viva Chocolate! and Citrus Essentials. 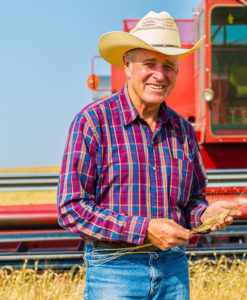 Bob Quinn is an organic farmer and sustainable agriculture pioneer and the founder of Kamut International. He’s also the author of Grain by Grain. 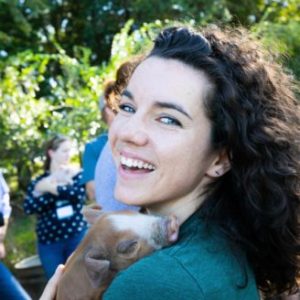 Emily Payne, writes about food, agriculture, health, and the environment with a focus on regenerative systems and the intersection of food and technology. She’s served as Editor for Food Tank since 2016, and she is currently developing data-driven software solutions with the startup Manolin to empower the aquaculture industry to farm more sustainably.

Nancy Ranney is the owner of Ranney Ranch, a cow-calf ranching operation that sits at 6200′ in the high mesa country of central New Mexico. 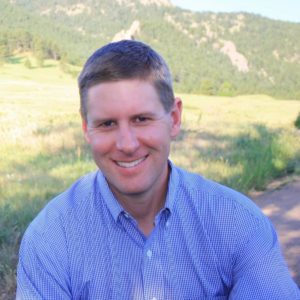 Ed Roberson is a Colorado-based conservationist and host of the Mountain & Prairie Podcast. 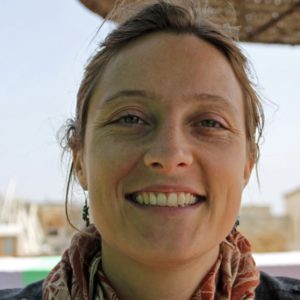 Sarah Wenzel-Fisher is the executive director of Quivira Coalition, a non-profit by building resilience on Western working landscapes by fostering ecological, economic, and social health. 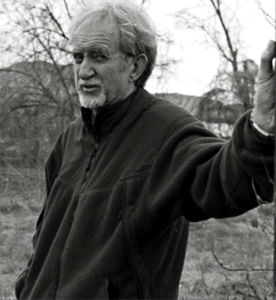 Stanley Crawford is the author of four works of nonfiction about the Southwest and nine novels.  He has been growing garlic in Northern New Mexico since 1975. His most recent book,  The Garlic Papers: A Small Garlic Farm in the Age of Global Vampires, was published in October, 2019. 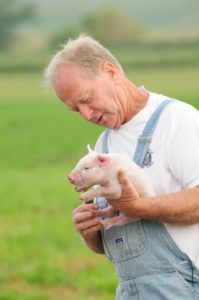 Paul Willis is an Iowa pork farmer and the founder of Niman Ranch Pork Company. 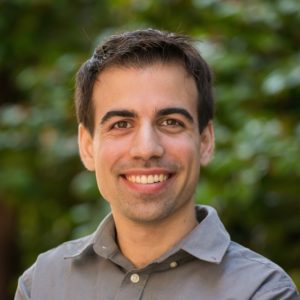 David Kay is the Senior Manager of Communications at Memphis Meats, a food company developing a way to grow meat directly from animal cells.

Don Bustos: Don Bustos has been farming since he was a young child, on the land his family has farmed for 400 years. Don still uses traditional practices, while incorporating new technology and using nothing but solar energy, to grow 72 different types of produce – from salad greens, asparagus, squash, and cucumbers, to their famous blackberries. 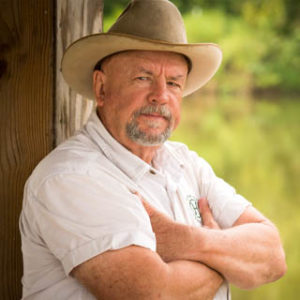 Will Harris is a fourth-generation cattleman and owner of White Oak Pastures in Bluffton, GA. He transformed the farm from a chemically intensive commodity model to an environmentally sustainable and high animal welfare farming system. 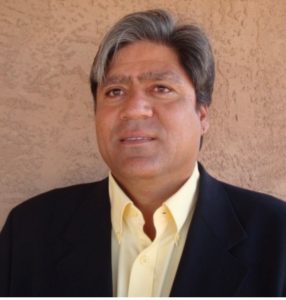 Roger Fragua, Executive Director, Flower Hill Institute has dedicated his professional career to the advancement and development of American Indian communities. Roger is currently the President of Cota Holdings, LLC, whose mission is to support Tribal community and economic development in the energy and telecommunication sectors. Roger has also worked with the Western Governors’ Association and the National Tribal Environmental Council on State and Tribal relations as it relates to environmental issues. The basis for Roger’s commitment to Indian Country began during his tenure as the Tribal Administrator for his own Pueblo, where he served as the Tribal political and business resource for several years. 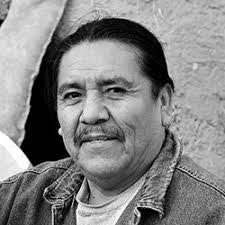 Joseph Brophy Toledo, Cultural Leader has served the Pueblo of Jemez in various capacities for over four decades. He has worked with numerous indigenous youth groups, his is an adjunct instructor for IAIA, he has worked for as a creative consultant for Robert Mirabal Productions, he has served on the Native American Global Sports Committee, and has been instrumental in various international indigenous projects such as Pueblo Pathways Project and he has traveled to Mexico, Canada and Africa as a First Nations representative for Earth healing and environmental conferences and efforts. As the Jemez Pueblo traditional leader and healer, he says, “I have had a lifetime of dedication to harmony and balance with the Earth. I bring the Language Immersion Program to the Walatowa Headstart at the Walatowa Riverside School, Jemez Pueblo. This program immerses the children in the stories of our culture and our traditional ways using our native language. I have been practicing herbalism and healing since I was 11 years old and believe the strongest medicine blends Western and Native practices. I have spent life as a farmer, practicing traditional farming of traditional foods. As a Youth Leadership Specialist with the Institute of American Indian Arts, I participated in cultural studies in Zimbabwe, South Africa and Tepotzlan, Mexico in 2007. I specialize in teaching the youth native survival skills such as: tool making, fire making, flint knapping, herbal medicines, building shelters and finding food. I work with the youth in natural resource management planning teaching the philosophy that we all share air, water, food and natural resources so we have and inherent and instinctual connection to the Earth. As Lieutenant Governor for Pueblo of Jemez, I hosted the first Native American Sports Convention with the U.S. Olympics Committee, in 1993.” He is currently Cultural Consultant, Flower Hill Institute, Jemez Pueblo, New Mexico. 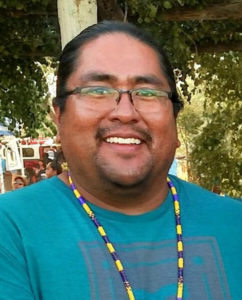 Malcom Yepa, buffalo dancer, is an accomplished musician as a singer, drummer and composer; both in Native American Pueblo and Powwow styles.

Malcom was raised in the traditional ways of his ancestors—fluent in his Native language, Towa. He has contributed to New Mexico’s music industry through his original music, continuous teaching of multi-generational singers and dancers from youth to elders, all the while representing New Mexico Native American music and culture. Malcom has always proudly represented Jemez Pueblo and the State of New Mexico. 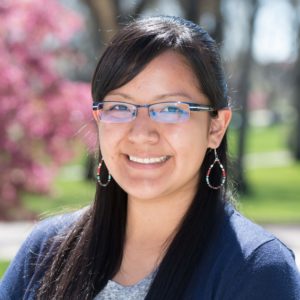 Arielle Quintana, Education and Outreach Coordinator: Arielle has always had a deep connection to the land. A tribal member from Cochiti Pueblo, one of twenty-three tribes located in New Mexico, Arielle was raised to be a steward of the land and preserve the strong ties between people and nature, which she continues to do to this day. Arielle graduated from Colorado State University with a bachelor’s degree in Rangeland Ecology. Majority of her work has involved engaging youth in nature and educating others on the importance of conserving natural resources. She has worked for her tribe’s Department of Natural Resources and Conservation on riparian restoration and wildlife habitat improvement projects, the Southern Rockies Fire Science Network on fire science conferences and workshops, and the Santa Fe Botanical Garden on garden education and wetland restoration. Outside of Quivira, she is an environmental educator for the Botanical Garden and enjoys hiking, gardening, and eating delicious New Mexican food. 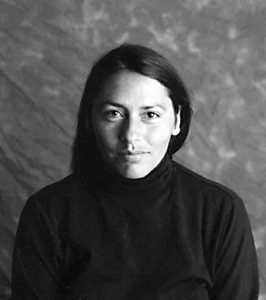 Roxanne Swentzell, Santa Clara Tewa Native American sculptor, ceramic artist, Indigenous food activist, and gallerist. Roxanne Swentzell was destined to be a talented artist.   Her family is full of renowned potters and sculptors.   Her talent was recognized early and she was given the opportunity to spend two years at the Institute for American Indian Arts in Santa Fe before graduating from high school.   She then went on to the Portland Museum Art School.

Her first piece of art was a clay dog at the age of four.   After formal training and the development of her own style, Swentzell began to create full-length clay figures that represent the complete spectrum of the human spirit.   She feels that many people are out of touch with their environment and hopes relating to her expressive characters will help them get back in touch with their surroundings and feelings. Her figures represent a full range of emotions and irrepressible moods. Swentzell focuses a lot on interpretative female portraits attempting to bring back the balance of power between the male and female, inherently recognized in her own culture.   Additionally, she increasingly uses a powerful sense of humor to communicate.

Her work is in such high demand that people line up by the dozens at her booth at shows like Santa Fe Indian Market where she won Best of Sculpture in 1999 with a larger-than-life bronze.  Though steeped in her own culture, Swentzell’s work demonstrates an astounding universality, speaking to people of all cultures. 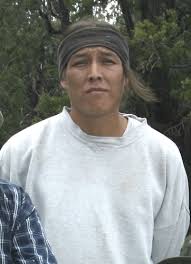 Ahkima Hoyumptewa, Traditional Hopi Farmer & Artist: My name is Ahkima Honyumptewa, I am of the snake clan, and from the village of Paagvavi, in Third Mesa. I have been an artist since I was young, having started painting again back in 2006. I’ve been working on paintings on canvas ranging from small to large scale paintings. I do mostly katsinas but want to try different types of genres like landscapes, people, animals, and spiritual influences. Drawing is also a good medium I’ve learned from paintings. Drawing people and their faces is something I wish to learn.

Weaving is something I picked up by accident. Originally wasn’t interested in it until I was talked into it by family & friends in the fall of 2007, learning to weave the pitcuna and kwewa the following year. It wasn’t till the summer of 2009 that I started learning the masupmenkwewa. From then to about 2011, I was pretty steady with my work, extending it internationally. I visited Japan in 2011 & 2012. It was an exciting adventure and I am very honored & humble to have had a chance to go. I also sold art work to friends in France, Germany, Japan, Canada and England.

In the summer 2013, I started to learn the keneldwasha and the aitu. I’ve been learning ever since & still haven’t perfected it. Hopefully by the end of this year I will have learned! Next on my list is blankets & clothing. 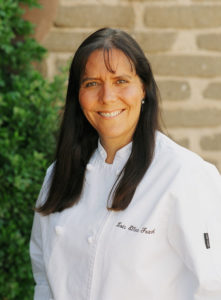 Lois has spent over 25 years documenting foods and life ways of Native American tribes from the Southwest.  This lengthy immersion in Native American communities culminated in her book, Foods of the Southwest Indian Nations, featuring traditional and contemporary recipes. It won the James Beard Award in the Americana category and was the first Native American book to win the award. She has worked with world-renowned chefs, scientists and academicians and collaborated with them to publish many culinary posters and cookbooks. She has worked with National and International advertising agencies as well as many editorial clients as a chef and a photographer.

Lois received her Ph.D. from the University of New Mexico in Culinary Anthropology in July 2011. Her dissertation entitled The Discourse and Practice of Native American Cuisine: Native American Chefs and Native American Cooks in Contemporary Southwest Kitchens, will also be one of her next books, tentatively entitled The Turquoise Plate. She received her Master of Arts in Cultural Anthropology in May, 1999 where she focused on the importance of corn as a common thread to all Indigenous tribes throughout the Americas.

Chef Frank is a featured cooking instructor at the Santa Fe School of Cooking where she teaches about Native American foods of the Southwest.  Guest Chef appearances have taken her to many famous restaurants around the country where she, with Native Chef Walter Whitewater (Diné) have prepared delicious menus from the foods she has studied.  She continues to teach about foods as a guest chef, lecturer, and instructor Nationally.

Dr. Frank is an adjunct professor at the Institute of American Indian Arts (IAIA), in Santa Fe, New Mexico where she teaches a four credit science class on the Indigenous Concepts of Native American Food, from a curriculum that she developed.