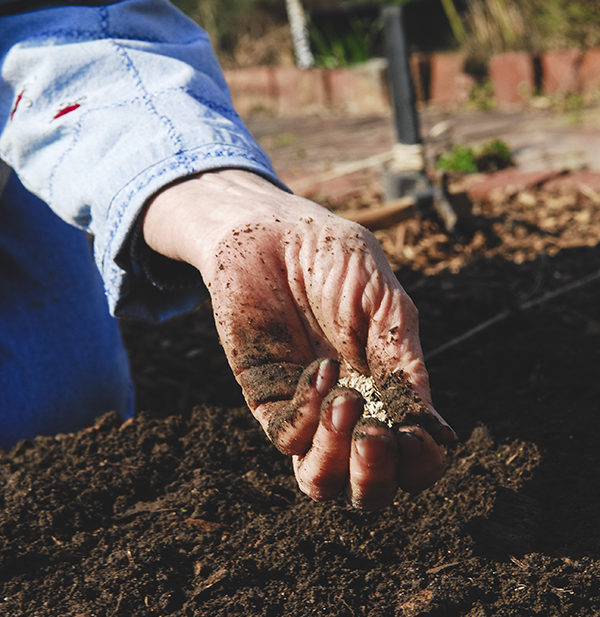 Just a few generations ago seed saving was a common practice among American farmers. Ensuring the next year’s crop was the primary reason, and economic practicality was surely a close second.

The results of regular seed saving are remarkable: stronger plants that are better acclimated to specific growing areas, greater resistance to disease and insects, and sometimes the development of new plant varieties by selecting for attractive characteristics. Before modern hybridization techniques became widespread it was easier to save seeds and select for certain traits from one generation to the next. Now it’s a bit harder: Hybridized seeds will not come back “true” to the fruit you see on the plant; instead you will get something that resembles one or the other of the parent varieties.

In the past, folks were proud of the varieties they had saved over the years. Farming families had their prized okra handed down from their grandfather or a wonderful tomato that only grew well in their fields. Corn was one crop that was jealously guarded and with good reason: Because it cross-pollinates so easily, most of the corn now produced for food in America has been genetically modified in ways our forefathers could never have imagined or desired.

The biological diversity of our produce in the past was truly amazing. Unfortunately, now we have very limited fruit and vegetable varieties. Supermarkets have defined for us what a “tomato” looks (and tastes) like and we are losing the genetic heritage of our food. The answer, as always, is to look to the past to learn what we should do for the future. Seed saving is becoming important again for the future of our food. It is also fun and exciting. Each season on our farm we save the seeds from certain plants. We now save up about 20 different varieties of vegetable and cover-crop seeds. There are some rules to ensure that saved seeds will come back “true” to the variety: Isolating plants that are in the same family is necessary, otherwise they will cross-pollinate resulting in strange mixes of plants.

This isn’t always a bad thing! A few years ago I noticed an unusual kale plant that came up in our rows of Red Russian kale. The “rogue” plant had the same pretty reddish/purple stem but the leaf itself was large and round, not at all like the frilly leaves of the Red Russian. So, one unusual plant came up out of hundreds and it was pretty. What about the taste? When it was time to harvest I kept these leaves separated for taste-testing and, well, they were delicious! Crisp and tasty, sweet and very “kale-ey”. Sounds like a keeper! As the season went on I allowed the rogue plant to flower and set seeds. I was careful to remove all the flowering stems from the surrounding Red Russian plants to prevent cross-pollination. When the seeds were set and ripe I collected them by cutting off the branches, allowing them to dry in a warm dark place and shaking the seeds out of the pods. I only got about 50 seeds but it was plenty to grow out for spring.

In January I started trays with the saved seeds along with the other early-season crops. The plants all germinated very well and about half of them were Red Russian and half were the broad-leaf type I had selected for. This isn’t unusual; it takes time, patience and Mother Nature’s help to produce 100% true seeds. Again, I only planted the broad-leaf plants and allowed them to flower and set seeds to collect and save for the next season.

This fall I planted my fifth set of saved seeds and I now have five beautiful rows of 100% red-stemmed broad-leaf kale, with none of the original Red Russian! It was quite a little thrill to see my persistence pay off. After two and a half years I can call the variety “stabilized” and the seeds will pretty much come up all the same from now on. So our new seed needs a name. “Big Red” in Italian is “Rossa Grande,” which sounds as beautiful as it is delicious!

I should say that my kale is one I have never seen before but that doesn’t mean it’s altogether new. Who knows, maybe this “new” kale is really an “old” variety, one that has patiently worked its way back into our food supply, waiting for someone like me to see it and save it.

*Laurie and her husband, Will Moore, live, love, cook, and farm just over the state line in Woodland, Alabama. Their Heritage Farm has been in the Moore Family for more than 100 years. Now they produce Certified Naturally Grown vegetables, herbs, flowers, and eggs, marketing directly to eaters in Atlanta at moorefarmandfriends.com. 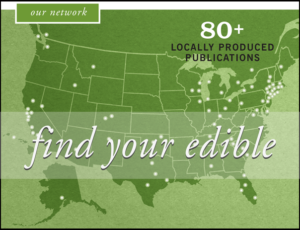 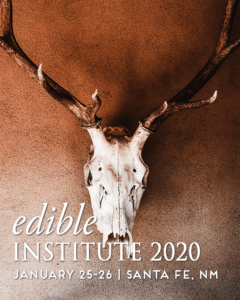 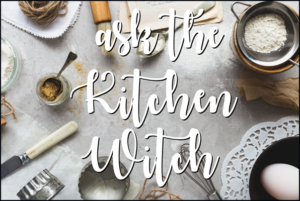